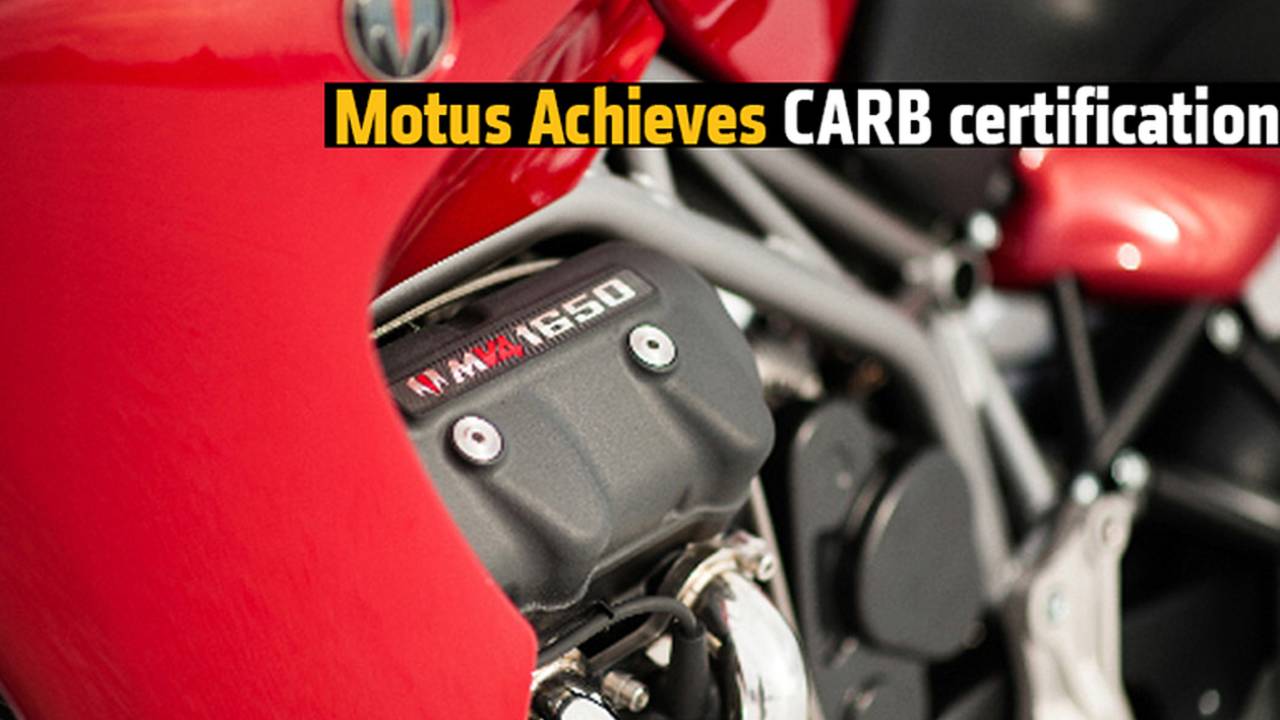 The California Environmental Agency's Air Resources Board (CARB) has issued an Executive Order  certifying all 2015 Motus MST and MSTR motorcycles are compliant with California emissions standards.  The order means that Motus Motorcycles are now street legal in all 50 states.

In response to the news, Jim Ray, Motus V4 Program Manager said, "Thanks to the Air Resources Board for certifying the 2015 Motus MST and MSTR as compliant with California's strict emissions standards.  Motus' line of comfortable American sportbikes are perfect for California's roads and we look forward to rolling out the MSTs in the Golden State."

Back in August 2014 at the Bonneville Motorcycle Speed Trials, Motus set the two fastest land speed records for any American production motorcycle.  With top speeds of 163.982 (1650 P-PG class) and 165.813 (1650 P-PP class) respectively, company founders Brian Case and Lee Conn who also did the riding established Motus as the fastest production pushrod motorcycles in the world.

For more on the Bonneville Motorcycle Speed Trials, see: http://bonnevillespeedtrials.com/