What We Learned from Riding with British Police

BikeSafe is the first step toward achieving the riding expertise of British police officers. In less than 10 minutes we were already doing something wrong.

There's a police officer behind me urging me to ride faster. I'm too dumb to figure this out just yet.

"Leaving a built-up area now," he says over the radio. "So, perform your checks... when it's safe to do so, we're away."

Just before a 60 mph sign, and as I learned in my initial rider training, I check both mirrors, glance over my shoulder, and roll the throttle. I reach 60 and peg it there.

The voice belongs to Kevin, a motorcycle instructor for South Wales Police. He's following me as part of a BikeSafe course.

The British love red tape. Getting your license here ultimately requires that you take five tests –– more if you're under the age of 24. Many riders can't get enough, though. There are several levels of post-license training—all the way up to being certified at the level of police motorcyclists. And you have never seen someone ride as well as a British police officer. It's freaky. Not just slow-speed Shriner tricks, but ghost-like ability at bladder-loosening speed. To me, they are a high-vis Nazgûl from Lord of the Rings. You'll never outrun them.

BikeSafe is the first step toward achieving such prowess. I've been at it less than 10 minutes and I'm already doing something wrong.

MUST READ:  15 Things Motorcycling Will Teach You 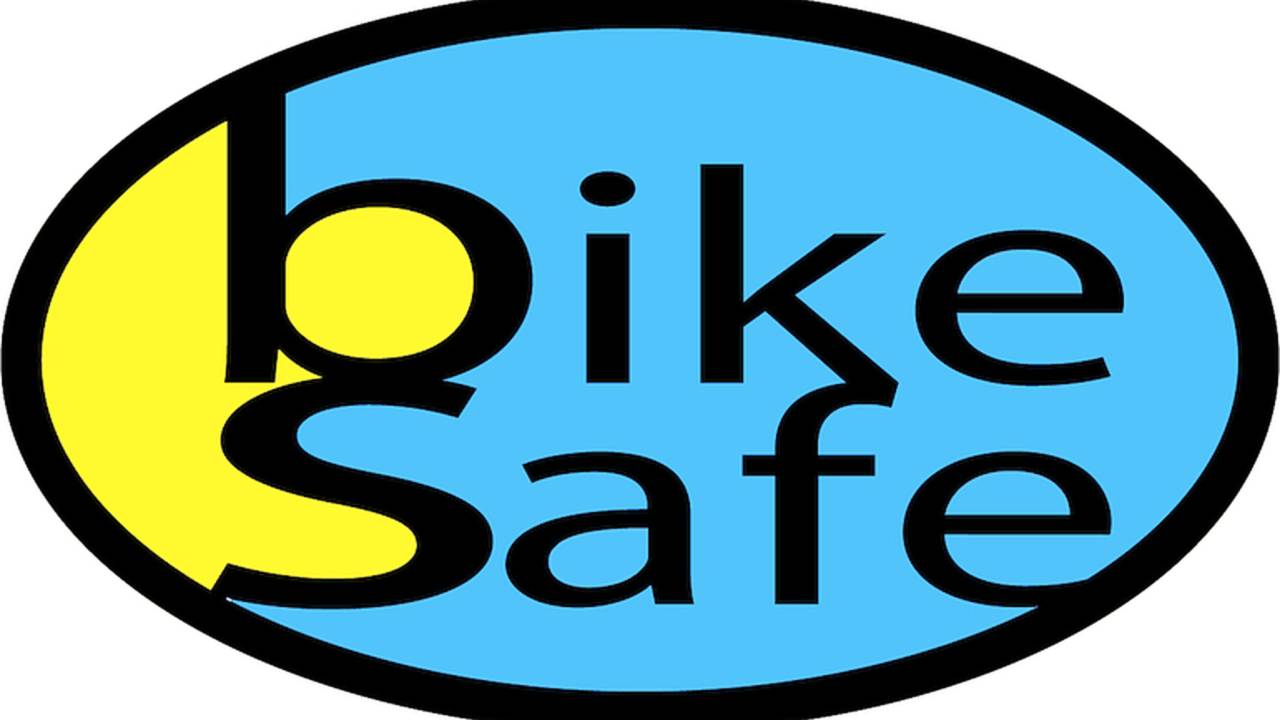 I know I should be doing something, but I can't figure out what that might be. My shoulders tense up and I can feel his Nazgûl stare from behind.

"Can you hear me alright on the radio?" he asks.

The gentle lilt of his South Wales accent has subtly crossed the line from "calm and reassuring" to "explaining things to an idiot." I nod my head to indicate I've heard him.

By the time I cut my engine, he's already stomping toward me. A lot of Welsh cops play rugby in their spare time, and for a tiny moment, I fear Kevin is going to see how far he can throw me.

And here's where I begin to learn the primary lesson of the day, which is:

Use your brain box all the time

All the tips and techniques I'll learn today fall under this category. Ultimately, the goal is to achieve a state of constant mindfulness: Be fully aware of where you are, what you're doing, and how you're doing it. 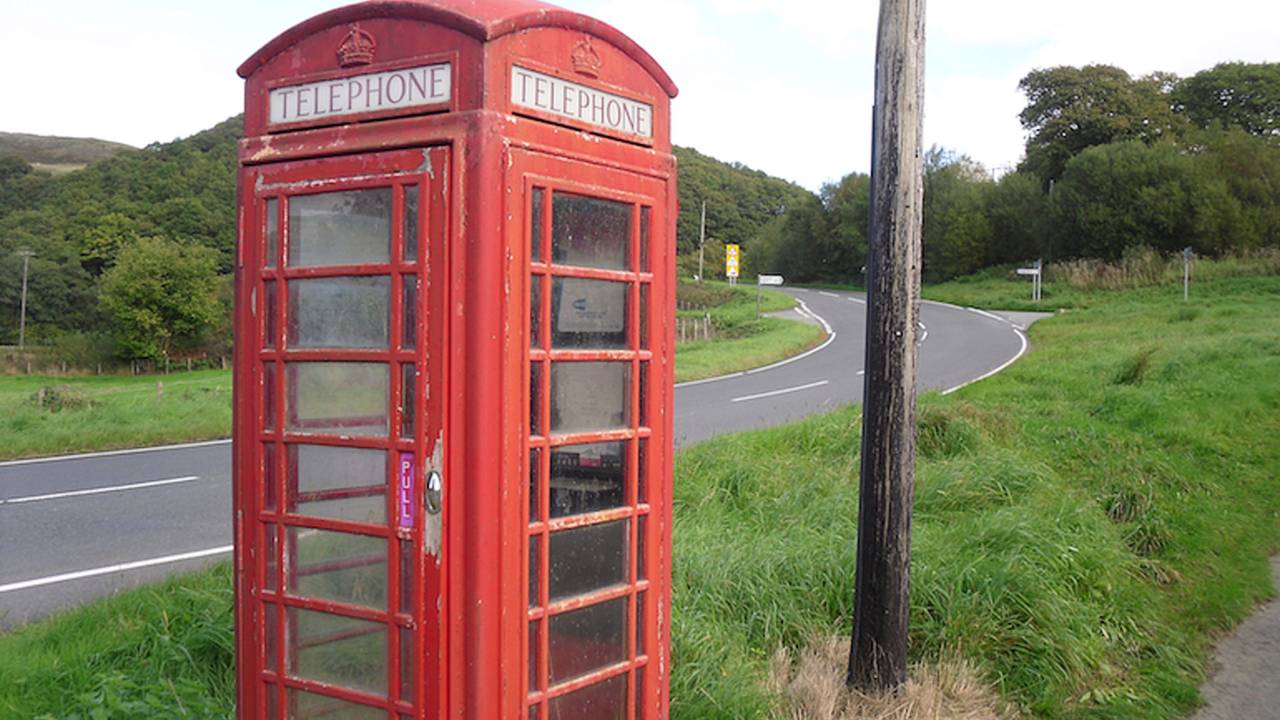 This means analyzing each situation anew, and avoiding routines. In watching me check my mirrors, Kevin had seen me performing a routine, rather than an act intended to gather information about my surroundings.

MUST READ:  Top 4 Tips on How to Group Ride the Right Way

"You had a cop up your arse, mate," he says, "but you didn't make much effort to find me in your mirrors. And what was behind me? Had there been a car there, how close would it have been to me? How close was I to you? Had you been forced to stop quickly, would I have had enough time to react? Would the driver behind me have had enough time, as well? Or would he bump me into you?"

On a single, seemingly insignificant action, Kevin is able to write an entire Choose Your Own Adventure novel. This is what I mean about using your brain box all the time. All the time. Constantly. For everything.

Breaking that down, my instructor offers a few specific areas of thought to focus on:

Imagine a tennis ball attached to an infinitely long piece of string. Imagine throwing that tennis ball to the very limit of your vision and reeling it back in. Doing this over and over and over as you ride, the tennis ball is your line of sight. Your goal is to take in as much information as you possibly can, not just about what's in front of you, but what's way off in the distance.

Initially, my inclination in doing this is to stretch my vision to the furthest point in the road, but soon I realize this isn't enough.

"You see that cyclist?" Kevin observes as we ride. "When he catches up with that tractor, it's inevitably going to cause traffic to slow."

I nod my head but see neither a cyclist nor tractor. We ride over a hill and around two bends, then I see the cyclist. As I move closer, a tractor appears from further downhill.

I can't imagine how Kevin saw these things. I decide he may be a witch. Then I get worried, because Kevin can probably also read my mind.

Predict what you can't see

Beyond the information you're gathering with the tennis ball technique, you can take educated guesses about what might be even further down the road. This may come from your experiences or your knowledge of the area. 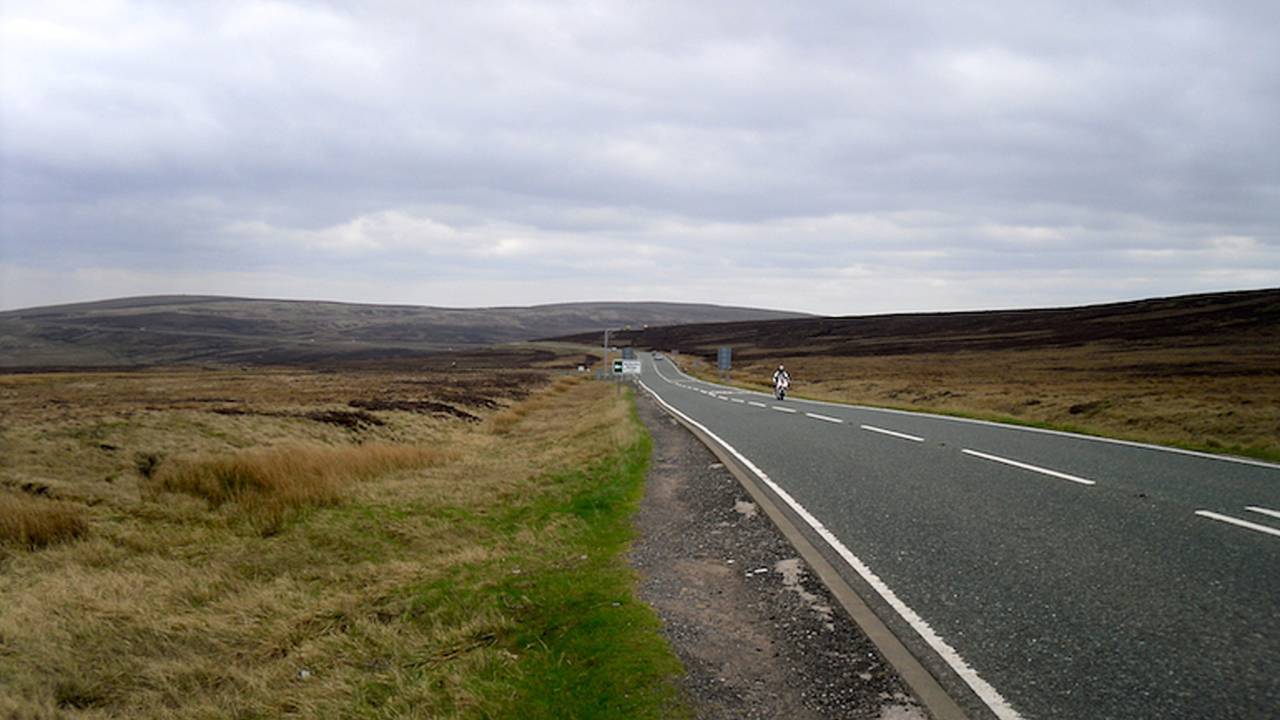 For example, in Britain, it's quite common to find a village every 10 miles or so. If you've been zipping along for nine miles, it's reasonable to expect you'll soon be hitting an area where traffic is slow, and perhaps additional vehicles will be joining your route from side roads.

If you're riding somewhere scenic, it's common for people to stop just beyond the crest of a hill so they can take pictures. It's possible cars will be pulling away slowly from this point, or that there will be people in the roadway.

And so on, and so on. Think about what might be several minutes ahead and consider how that could affect you sooner.

Using the information gathered from the above, decide what you're going to do at a given point before you get there.

MUST READ:  British Police Use Drones to Track Misbehaving Bikers 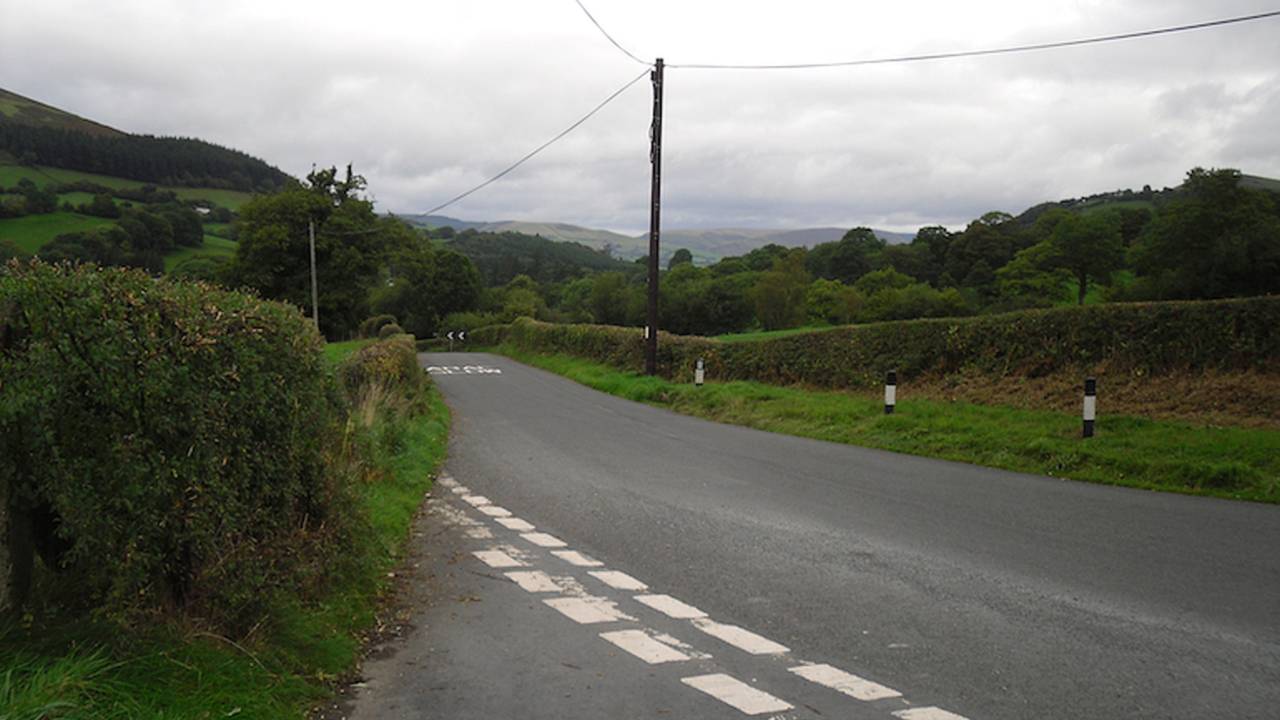 This is something Kevin identifies as a challenge for me. At roundabouts, I have a tendency to only begin to assess the situation after I've arrived. This means I'm slowing and treating them somewhat as I would a four-way stop in the United States. This is unnecessary. It's perfectly acceptable to zip through a roundabout if the situation allows, and on a motorcycle it's a lot of fun— instant twisties.

Additionally, by slowing too much I may run the risk of being rear-ended.

Kevin's constant "what if" scenarios teach me I should also come into situations with two or three back-up plans.

Once you've decided to do something, do it. In a riding scenario, one of the keys to ensuring a decision is the right one is committing to it. So, if I've approached that roundabout and I've decided I'm going to move through with pace, I need to commit to that decision.

The caveat to this is that you heed the old Marine Corps advice: "Don't fall in love with the plan." Even after making a decision, you should be constantly gathering information and reassessing your situation. Always be ready to implement the Plan B that you've already thought through.

Ride according to the actual conditions

Normally, when we see that sort of advice we think the obvious things: don't drag a knee in the rain; don't crack it WFO through rush-hour traffic. But this also applies when everything is lovely. The conditions on a public road are never right for you to pretend you're Guy Martin, but it's not necessarily bad to get your hustle on. Especially when doing so will create more distance between you and other road users. 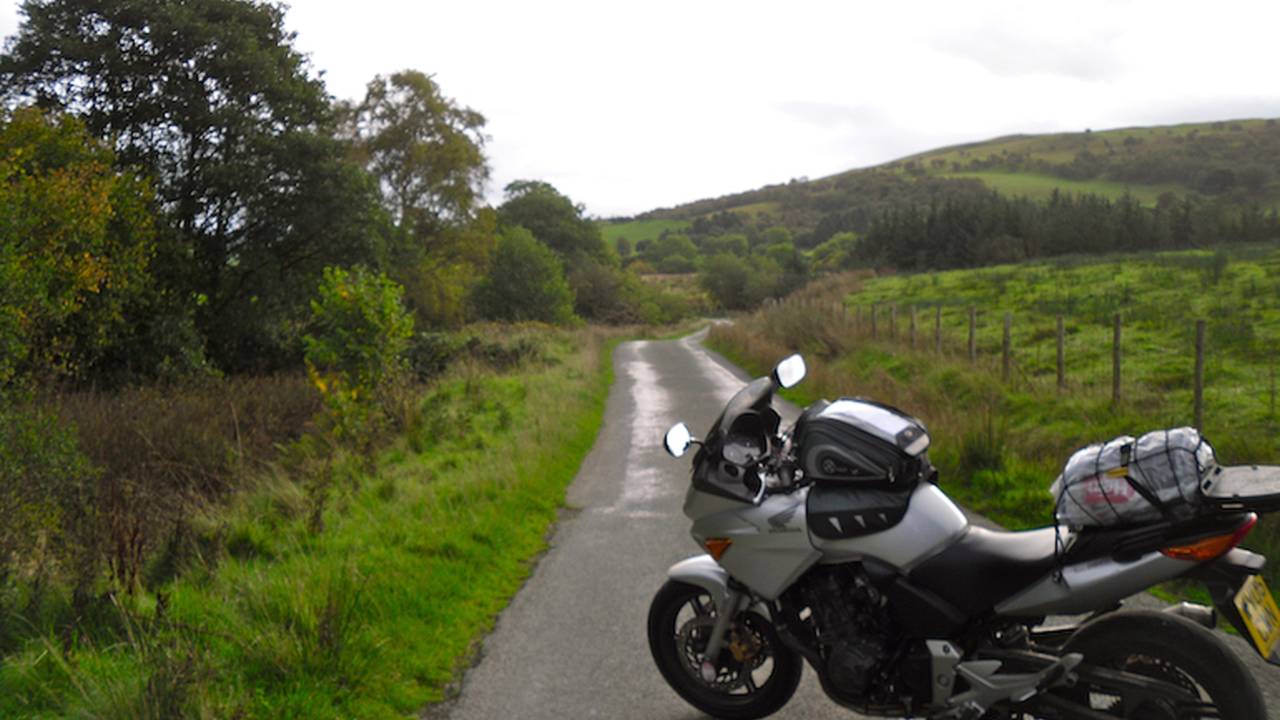 Kevin stresses that he does not endorse speeding for the sake of going fast, and points out you're unlikely to find a judge who will see things your way if you get caught. But throughout the day, my instructor uses terms like "making progress" and "enjoy the acceleration" when I'm dogmatically sticking to the speed limit. He wants me to get going.

Eventually, I interpret this as emphasis on being a moving target.

This is especially true on fast-moving roads like motorways, freeways, and interstates. The less time you spend hanging out near someone's car, the less time you need to spend worrying about whether that driver sees you. As such, it may be the right call to give the throttle a quick twist if you find yourself riding even with traffic in another lane.

That's doubly true for large trucks. The odds are they can't see you. Plus, they're riding on tires pumped to upward of 100 PSI. If one of those things blows up next to you, it will definitely ruin your weekend plans.

Kevin spends all day suffering my riding on motorways, down country lanes, and through towns. We cover roughly 120 miles of Welsh terrain. Toward the end of the day he takes to saying, "Yeeha, Texas, yeeha," when he wants me to ride faster. The experience teaches me to put more faith in my bike and more faith in myself. 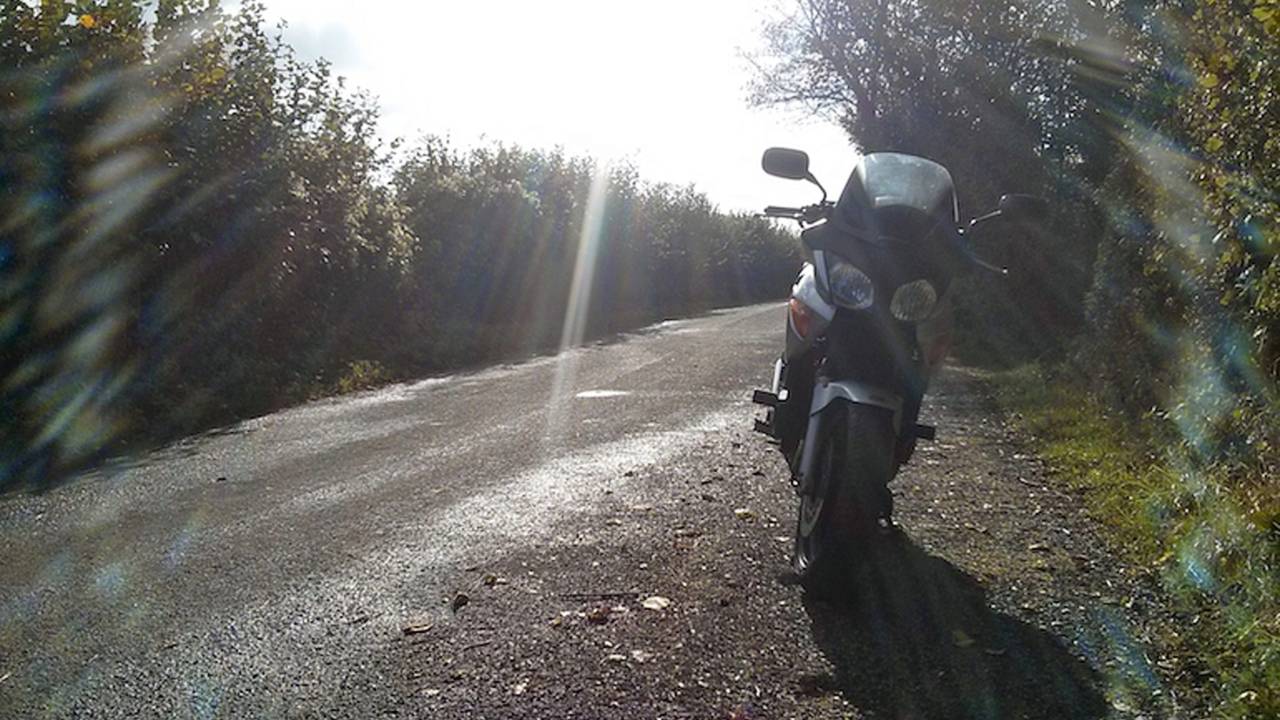 Finally, with the light fading, we pull over for a final chat. He identifies a few things for me to work on, mostly based around my incredible tendency to get lost in British cities. Then he issues me a very fancy certificate. I have earned a B grade. He encourages me to continue the process toward advanced rider certification, then speeds off.

On the motorway back to Cardiff, it feels as if the road is suddenly wider—that I am seeing more of it. With the dying sunset at my back, I take in everything around me, twist the throttle, and make progress into the night.

NOTE: For more ideas on improving your riding, it's worth it to hunt down a copy of Motorcycle Roadcraft: The Police Rider's Handbook. It's required reading for British police riders. Obviously, some aspects of the book will be UK-specific, but a lot of the advice translates regardless of what side of the road you're on.