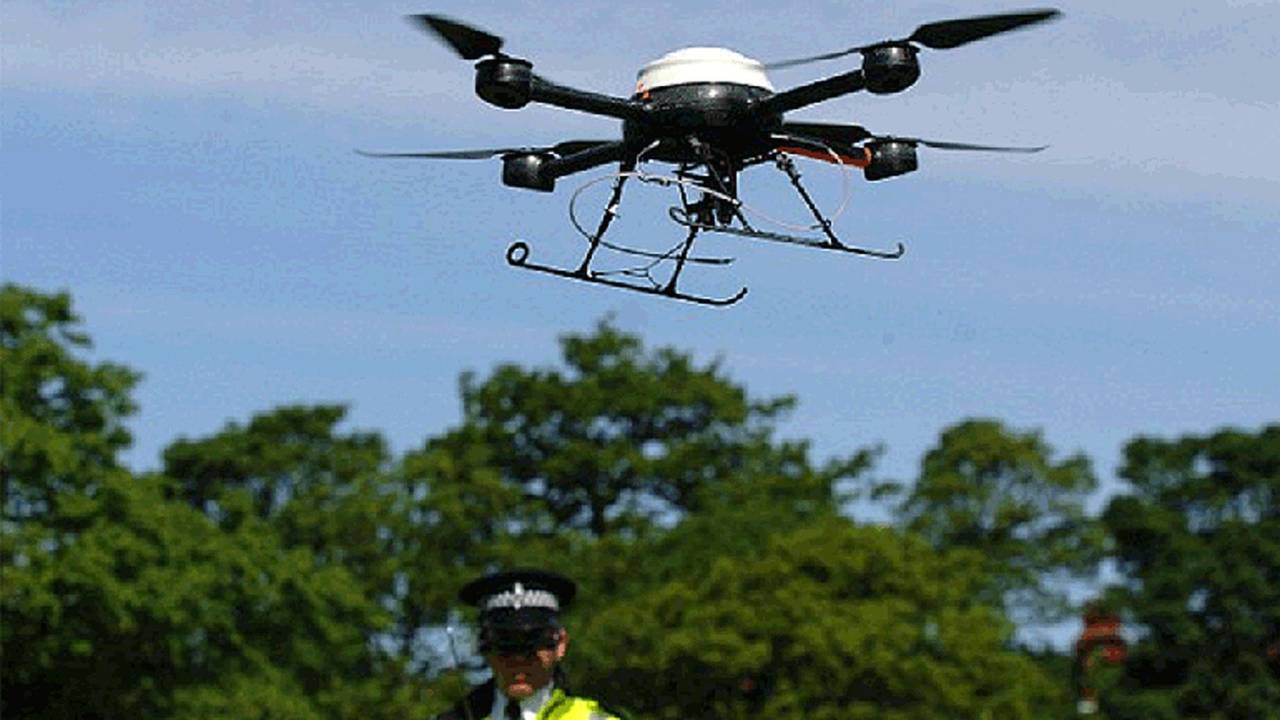 Authorities in the English town of South Shields have employed the latest in airborne video technology to record footage of motorcyclists who ride recklessly.

Police in England are using drones to crack down on antisocial behavior from motorcyclists.

According to Motorcycle News, authorities in the English town of South Shields have employed the latest in airborne video technology to record footage of motorcyclists who ride recklessly.

Police departments in Dorset, Cornwall, and Devon previously teamed up to create a dedicated drone unit to provide 24-hour operations covering three counties. While U.S. law enforcement agencies have been considering the use of drones for several years, public opposition has blocked most of their efforts thus far. Four years ago the Seattle police department tried to institute a drone program, but it was shut down by public opinion. Shortly thereafter, a similar plan proposed by the Los Angeles police was halted by similar resistance.

England has not experienced such public outcry.

“Drone capability is a cutting-edge way to support operational policing,” Chief Superintendent Jim Nye, commander of the Devon-Cornwall and Dorset Police Operations Alliance told MCN. “This technology offers a highly cost effective approach in supporting our officers on the ground in operational policing. Drones can even help police track and monitor suspects during a firearm or terrorist incident, as it will allow officers to gain vital information, quickly, safely, and allow us to respond effectively at the scene.”

Check out: What We Learned From Riding With British Police

English authorities have made the case that drones represent significant cost savings to the taxpayers. Compared to the expense of helicopters and fixed-wing aircraft, drones offer a far cheaper alternative, and can be equipped with more accurate technology like tracking zoom lenses and thermal imaging components. Plus, residents of peaceful English villages who are tired of feckless hooligans pulling wheelies through town don’t have the added annoyances of police sirens or helicopters hammering overhead.

Despite the more vocal concerns about invasion of privacy in the U.S., there are now some 350 government agencies working with drones. The figure includes state and local police forces, county sheriffs, fire departments and search and rescue units. Texas, California and Michigan top the list of users, and the trend is expected to grow. An estimate by the Federal Aviation Agency forecasts that some 30,000 drones will be in operation in the next few years.