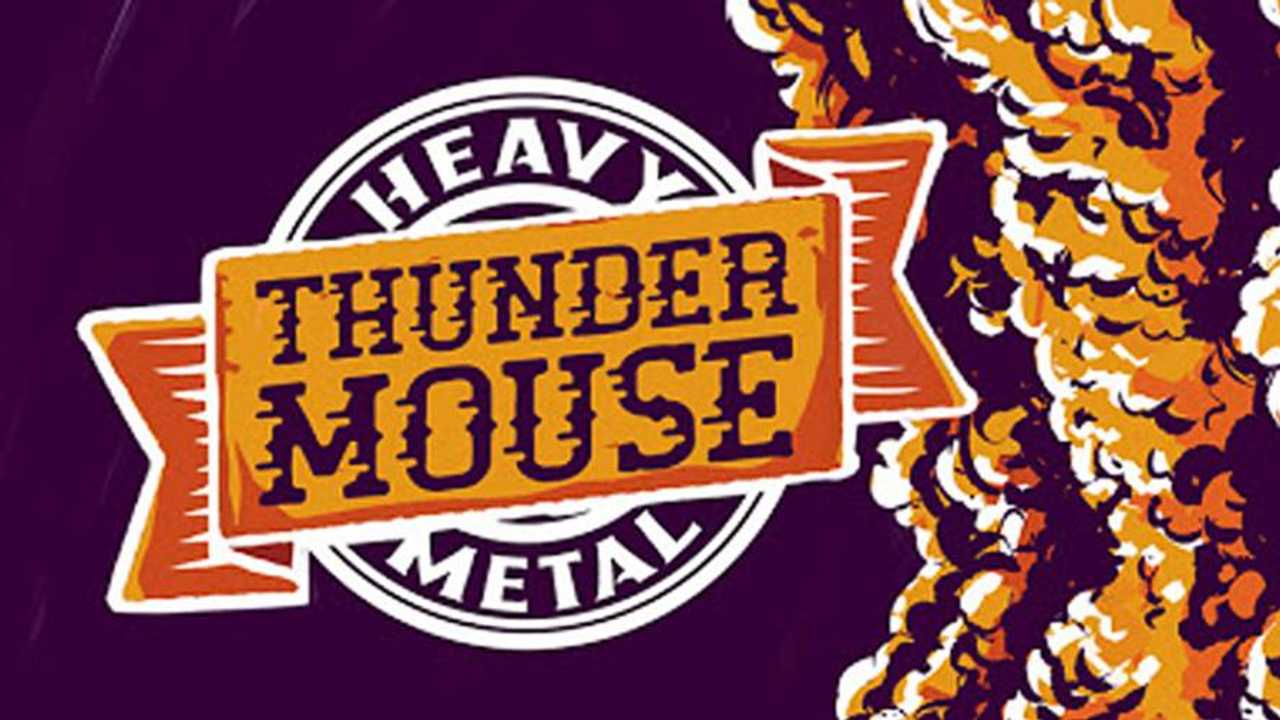 Game designer Derek Kamal brings us a game about motorcycle riding mice tearing it up on the mean streets of Thunder City.

Basically The Mouse and the Motorcycle the role-playing game.

So, I've never hidden from you guys the fact that I'm a tremendous nerd. Remember how I mentioned in my intro piece that I make (and play) pen and paper role-playing games like D&D when I'm not obsessing about Yamahas? Well, last night I discovered this new game on Kickstarter that combines two of my greatest passions – bikes and games – into one awesome-looking package of bikes, action, and whimsy. Friends, let me tell you about Heavy Metal Thunder Mouse.

Designed by Derek Kamal, Heavy Metal Thunder Mouse uses the popular FATE system to tell the story of mouse biker gangs who roll around the big city having adventures, running from predatory cats, and rumbling with other mouse MCs over territory, bikes, and food. Players take on the role of the biker mice, and in creating their characters also create their bikes and their club. The bikes and clubs are characters in themselves (a common thing in FATE games, which is pretty awesome) and are integral to the game instead of just props. Sounds great, right?

Over on the Kickstarter page, the creators describe the game thus:

"Thunder City is home to the only mice in the world who have figured out combustion engines. Since that time they've organized themselves into clubs and gone about their business, often bumping into one another in conflicts over cheese and territory. There are:

Besides the mice, there are territorial felines, chipmunk toughs, crabby crabs, Old Jerry (the graying German Shepherd who guards the ever-important docks), and a whole city full of colorful critters ready to add drama to your stories. With these wheels in motion there is no choice but fun and adventure and gang life."

READ MORE: Harley-Davidson Teams with Ubisoft for The Crew 2

I'll admit, they had me – and my money – at the name, everything else was gravy. I mean, I get to tear up a place called Thunder City while being a mouse riding a motorcycle having adventures? Sign me up.

Granted, HMTM isn't for everyone. FATE is one of those touchy-feely narrative hippie game systems that smells like patchouli and hackey-sack, which may not appeal to the type of number-crunching pedants who play, say, Shadowrun or HERO System. In addition, the extremely cute and whimsical subject matter (I mean, come on. It's tiny little mice on tiny little motorcycles. How cute is that?) might not be grimdark enough for some people (coughWarhammercough). It's absolutely for me though, and for my kids, and I can't wait to play it.

Heavy Metal Thunder Mouse kickstarted yesterday, and at press time the project is more than half-way funded. The backer levels are a little wonky – there's only one level that offers a hard copy of the book, the rest offer PDFs and codes to buy the hardcopy at cost – but they're pretty good for the most part. There's even one that allows you to get a bike of your choice illustrated in the game, so if you have the coin you could get your very own bike in print.

Even if you're not a gamer – and, honestly, most of you probably aren't – you should totally check this out. If you have a friend who's a gamer, or a kid who's into The Mouse and the Motorcycle/Ralph S. Mouse, maybe consider pitching in to help the project along. The more people we can get into bikes and motorcycling, even if it's play-pretend nerd bikes and motorcycling, the better I say.