Harley-Davidson Teams with Ubisoft for The Crew 2 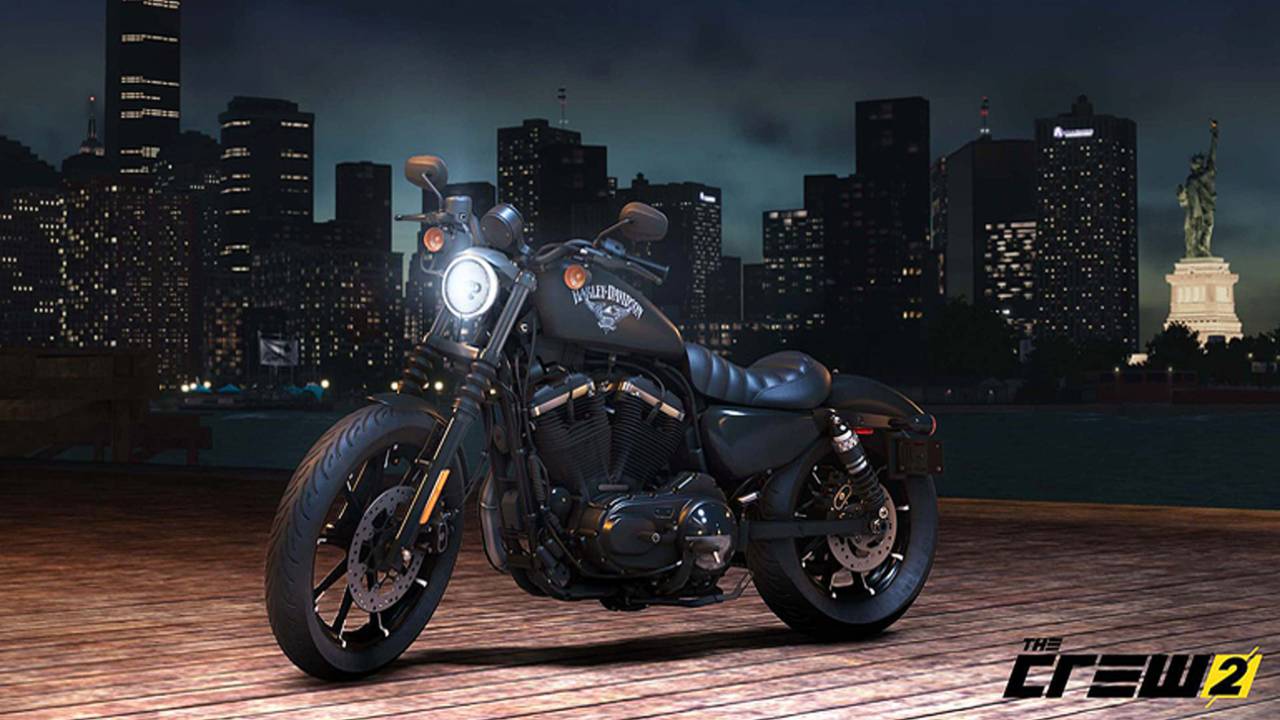 Want to run a brand new Iron 883 in some illegal street races? Of course you do! Now that Harley-Davidson has teamed up with Ubisoft you'll get your chance.

Back in 2014, Ubisoft and Ivory Tower released the racing-oriented open world online role-playing game The Crew to mixed reviews. The game featured a pretty good lineup of real life cars that you could drive around a scaled down map of the United States while looking for races and tangling with other players. Thing is, the only playable vehicles in The Crew were cars, a sad oversight for those of use who wanted a bit more vehicular variety in our game. A handful of bikes were added in the game's downloadable content packs, but it was still a poor showing. Thankfully, Ubisoft seems to have corrected that in the upcoming sequel – The Crew 2.

According to The Otaku's Study, The Crew 2 will feature more playable motorcycles, along with planes, boats, and ATVs along with the usual lineup of fast cars. That's pretty good news for us cycle nerds. Even cooler, it looks like Harley has thrown in with Ubisoft to bring its bikes to The Crew 2's mean streets.

"We are thrilled to partner with Harley-Davidson in The Crew 2," said Ahmed Boukhelifa, Managing Director of Ivory Tower Studio. "Harley-Davidson is a legendary, global brand, deeply rooted in American culture. The partnership was a natural fit as Harley-Davidson® represents the same thirst for unrestrained exploration and the American passion for all things motorized that has inspired our vision for The Crew 2."

On their company blog, Ubisoft stated that the first Harley to hit the game will be the Iron 883, a pretty good choice for an in-game starter Harley. As players progress through the game, more Harleys will become available, along with the option of building a Harley-Davidson garage. We're not sure if that last bit means that you can build a Harley-themed garage to store your bikes, or that you can open an actual bike shop, though.

The Harley/Ubisoft team-up seems to be another part of the Motor Company's campaign to reach a younger demographic and get more people riding Harleys.

"Harley-Davidson has a storied past of celebrating the American spirit, freedom and love of the open road," said Heather Malenshek, Harley's VP of Global Marketing and Brand. "For almost 115 years, our customers have explored American cities and roadways with our motorcycles. With the launch of The Crew 2 we hope to inspire more people, young and older, to engage in the sport of motorcycling."

Check out the E3 trailer for The Crew 2 below, looks pretty cool to me. The Crew 2 drops in early 2018, and will be available on the PlayStation 4, Xbox One, and Windows PC.