The Indy Dealer Expo from a consumer's perspective 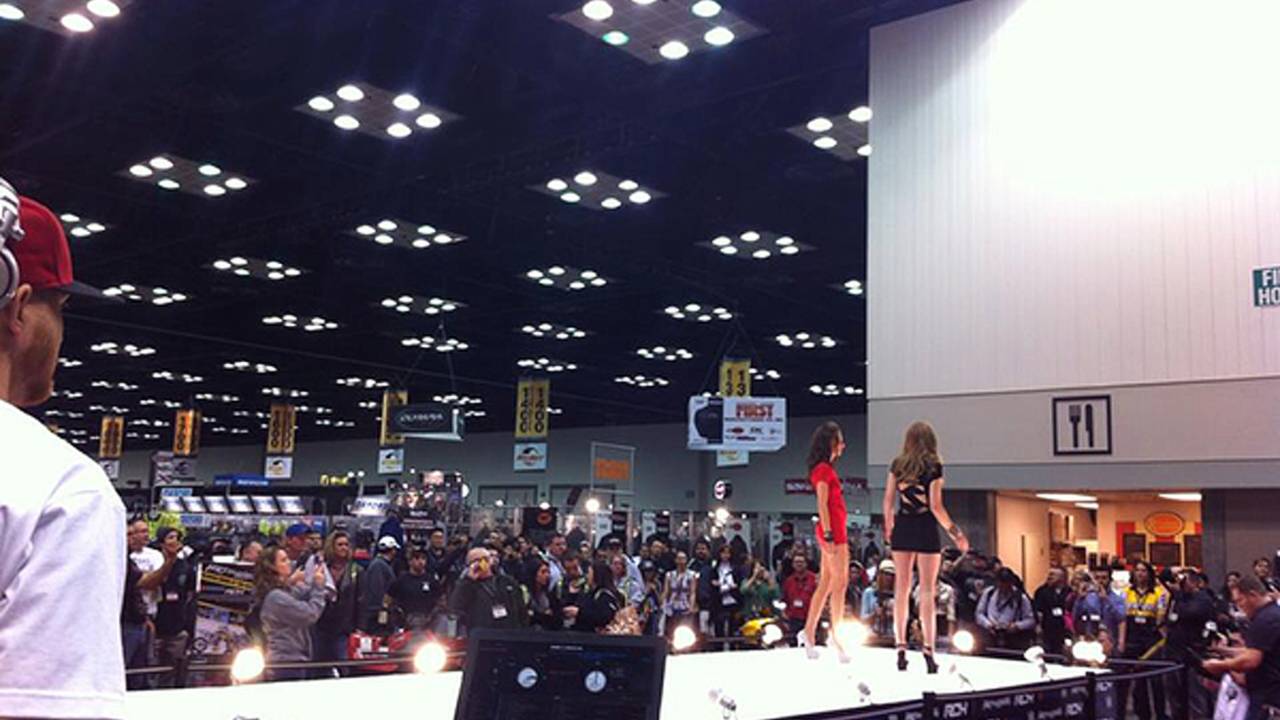 The Indy Dealer Expo from a consumer's perspectiveHeld each February in frigid Indianapolis, the Dealer Expo is the place for motorcycle businesses...

As a Midwest rider, who usually rides about 5,000 miles a year on my Suzuki DRZ-400SM, finding time and money to put into gear and the bike is always a juggling act. Balancing family, work, riding time, and life is always a challenge. I wish I could ride more and wish I had better gear. So at this expo, my goal was to focus on bang for your buck. I was looking for value items I would actually want to buy and gear I had never seen before. I will leave the top of the line superbikes and track racing leather gear talk to the big wigs of HFL.

I found two helmets that caught my eye. The first helmet was the Fly Racing Tourist helmet (above). It is a three quarters helmet, with a removable chin bar and full face shield. While this helmet is not something I would personally wear, I thought it was something new and different. The helmet MSRP is $109.99, it is DOT rated, but not Snell rated. It does come with one clear shield, one dark tint shield, and a peak to use without a shield. The removable chin bar is not designed for crash protection, but it would keep the weather off you better than an open face helmet. The sales rep pointed out that it is the kind of helmet to transition an open face helmet wearer into a full face helmet. I really liked the versatility of this helmet and the hi viz color option.

The second helmet I found was from a new company, Voztec. Voztec has developed a prototype helmet (above) that opens up from the back with a hinge. They claim this allows for a smoother and tighter seal around your neck area. It should make the helmet much quieter and have less wind buffet. Also it does not have a tradition chin strap. Instead, when you put your head into it your chin rests in a chin holder, much like a football helmet. Then once you have the rear of the helmet secured the helmet is safely attached to your head. No need to remove your glasses or gloves when taking this helmet off or on. Also, in the event of a crash you can actually separate the two pieces of the helmet by using an emergency release of the hinge. This may really help prevent neck injuries caused by helmet removal post-accident. Two years ago the Voztec guys, from Australia, attended the Dealer Expo as attendees. They had a prototype helmet in a bag, and they were taking it around to various companies in search of financial support. This year they had their own display as exhibitors. They had several companies coming to them wanting to offer Voztec helmets in dealerships. Look for Voztec helmets to be for sale near the end of the year 2013.

The coolest bikes to me at the expo were both value friendly and different. Christini All Wheel Drive Motorcycles from Philadelphia was there. They were my favorite due to the novelty of the all wheel drive and the value they provide. Their off road bike starts at $6895 for a 450cc, the top of the line Gas Gas powered 300cc two stroke race bike goes for $8995. They also have a supermoto version and a dual sport street legal version of the 450cc. I was very impressed how they were able to price the bikes pretty close to their traditional one wheel drive competition. The rep at the show told me they build about 200 bikes a year by hand in Philadelphia. They also have their bikes being tested by the US Military Special Forces in the Middle East.

At the Gas Gas booth I was able to speak with a Gas Gas USA rep from Missouri. This gentleman had the usual display of trials Gas Gas bikes, but what caught my attention was the competition grade electric Gas Gas based trials bike he had designed himself. He said the battery would give you about 23 hp and last around an hour. Electric bikes have not really appealed to me until I came across this bike. A trials bike seems like a perfect platform for an electric motor. You don’t travel far, and want the quiet of the electric motor so you can ride it anywhere. This gentleman had also designed an electric clutch. He said in trials riding you really need a clutch so he designed what is basically an electric rheostat hooked up to the clutch lever. He said the “clutch” lets you keep the feel of a traditional trials bike and it really helps in technical sections. He sells the bike for $6000 and makes it himself. He said he’s sold over 50 so far.

Away from the motorcycle world a little, is Strider Bikes. They make what are considered pre-bikes, pedal-less bikes, for toddlers to learn on. They believe in teaching balance first, and pedaling second. The Strider bike eliminates the need for training wheels ever. I am a huge fan of this Rapid City, SD based company. My son received his Strider when he was a year and half old. He rode, and still rides the heck out of that thing. Thanks to Strider, he rode his first pedal bike a few days before turning three. He never had training wheels on his pedal bike and the transition from Strider to pedal bike took about two hours. There are two sizes of Striders, a 12 inch original version for toddlers, and now a 16 inch version for 5-8 year olds to learn on or to practice tricks on. The 16 inch version is available March first. You can even get the 12 inch models with officially licensed Honda, Suzuki, Yamaha, KTM, or Ducati paint. Buy one for your toddler and get them started towards that 50cc dirt bike early.

I was able to sit on the new line of 500cc street bikes from Honda. The CB500F naked bike really felt good with the upright wide handle bars and light weight of the bike. Priced at $5499 it seems like a great value. Also the CB500X adventure themed bike really looked and felt just like a slightly smaller version of the NC700X. No price has been released for the CB500X but I’m sure it will also be a great value.

For the value focused cruiser fan, I saw a nicely accessorized VT750 Shadow Phantom. It had a single rider brown leather seat, rear blacked out fender rack, and a short windscreen. It looked like a much larger bike than a 750cc and looked much meaner and custom than a Honda normally does.

The new CTX700 bikes were at the show as well. Sitting on them, they are extremely comfortable. They have a forward feet position and pulled back handle bars. It’s not quite a cruiser sitting position; it’s a little more upright. It would be great for long rides. However, to me, the bike is not a looker. It really reminds me of the defunct DN-01 in its looks. Comfort and mpg are this bikes best qualities and at its $7799 price tag, if you can handle its looks, it seems to be another great Honda value.

, they're the only ones out there with parts for that bike so far.

A sign of the times. The "China" parts booth was one of the largest there.
++
Got a tip for us? Email: tips@rideapart.com