Triumph is getting ready to take over as the engine supplier of the Moto2 spec series and their inline "triple" is being put through its paces.

The 2019 season of MotoGP’s little sister series Moto2 is fast approaching, and the pressure is on for Triumph. After an eight-year reign by Japanese giant Honda as the series’ engine supplier, the torch will pass into English hands starting next year. Thankfully, things seem to be on track as the first round of real-life testing of Triumph’s new engine has been completed.

Three teams hit the track in Aragon, Spain, firing Triumph’s new spec engine; Kalex, KTM, and NTS. All three got to put their new prototypes to the test, powered by Triumph’s new Moto2 engine, a 765cc, inline three-cylinder mill. The tryouts also allowed the teams to put the chassis and the new race-specific Magneti Marelli ECU through their paces in preparation for the 2019 season.

“It was exciting to see the new chassis and our triple 756 cc engine together on the track for the first time, and better still to see such a great first test result,” he told Car and Bike.

THE BEGINNING: Triumph Triple to Power Moto2 in 2019

The engine is the same as the one found on the Triumph Street Triple RS, with some obvious race-dedicated modifications. These include a tuneable performance slipper clutch, modified cylinder heads and engine covers, titanium valves, low output alternator, and a taller first gear to name a few. 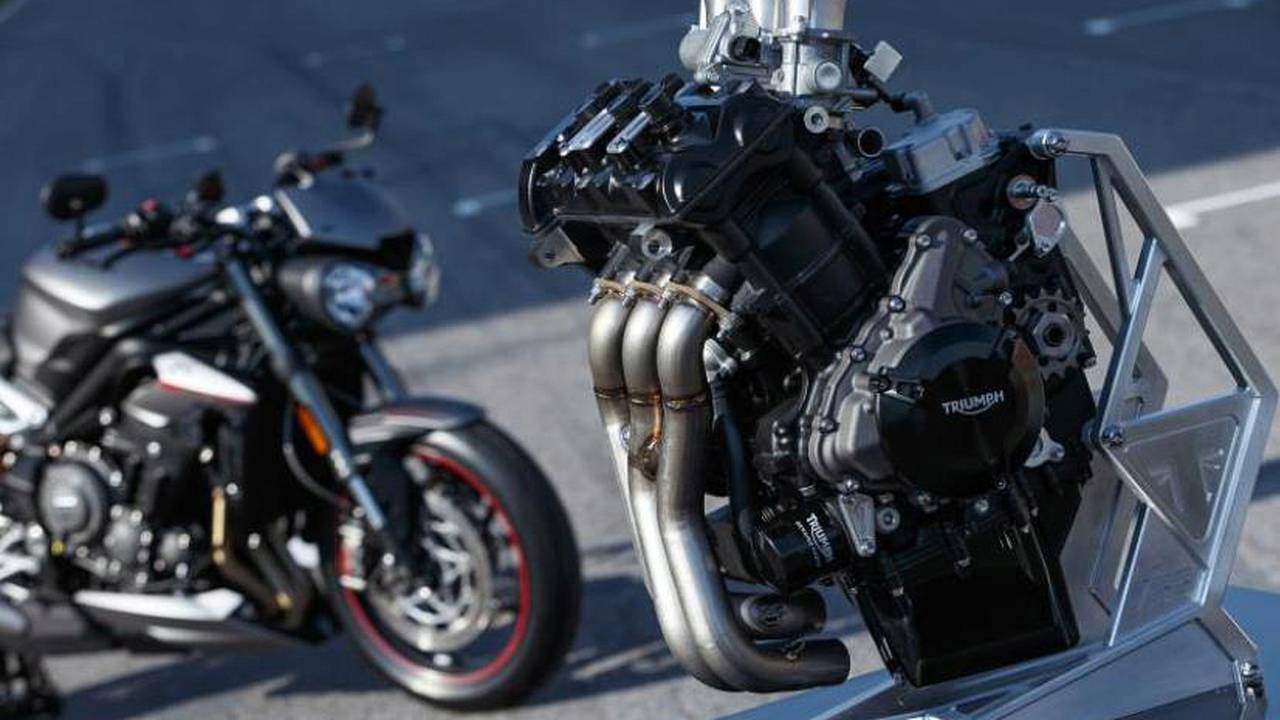 Get a taste of performance - the Moto2 bikes will share the engine of the Triumph Street Triple.

Since 2010, Honda and its 600cc inline four-cylinder engine sourced from the CBR600RR has been the standard powerplant for the spec series. 2018 is the Japanese block’s last season before being replaced by the bigger British engine and Triumph has big shoes to fill.