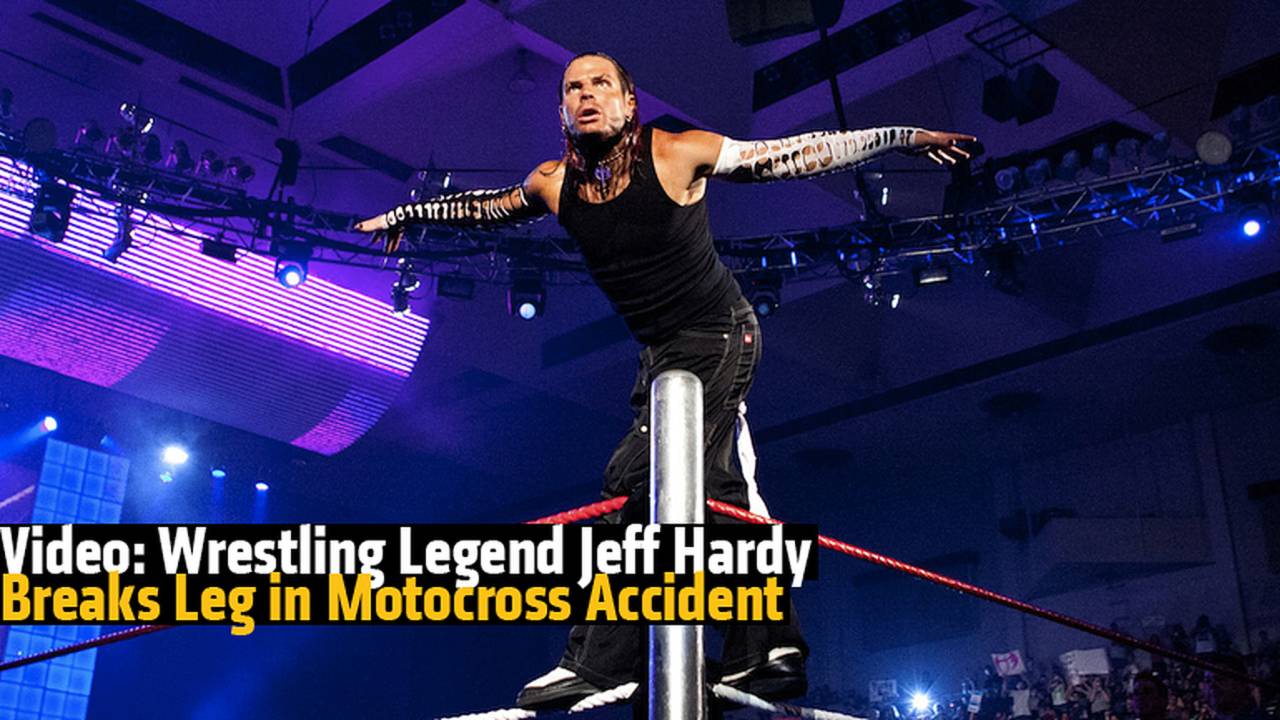 Video: Wrestling Legend Jeff Hardy Breaks Leg in Motocross AccidentHe has gone one-on-one with the Undertaker, has held the WWE Championship, and has...

He has gone one-on-one with the Undertaker, has held the WWE Championship, and has thrown himself off more ladders, steel cages and high-rise platforms than anyone can count. But it seems Jeff Hardy isn't indestructible. The current TNA tag-team champion broke his leg this weekend in a motocross jump.

MUST READ:  Tips for Teaching Someone to Ride a Motorcycle - From an MSF Instructor | RideApart

The failed attempt to clear three dirt mounds was filmed by his tag-team partner and real-life brother Matt Hardy.

No explanation for the smoke—perhaps they thought it just looked cool. The accident resulted in a broken tibia. According to Twitter updates from Jeff's current boss, TNA president Dixie Carter, 37-year-old Jeff Hardy will have surgery on the leg Wednesday.

Jeff and Matt Hardy rose to fame in the late 1990s and early 2000s as part of WWE's "Attitude Era," the two of them gaining fame for particularly dangerous "high spots" that involved them jumping off ladders, being hit with chairs and being thrown down on tables.

MUST READ:  An Open Letter to Indian Motorcycles | RideApart

Jeff gained particular attention as a result of a memorable individual feud with the Undertaker. His career was derailed shortly thereafter, however, by an addiction to pain medication and various other drug use. In recent years he's been a (somewhat erratic) staple of the lesser-known TNA wrestling brand.

Meanwhile, all of this serves as an excuse to post video of one of our favourite matches of all time: Jeff Hardy vs. the Undertaker in 2002. Watch until the very end. We remember watching this match live and it made us cry at the time. Admittedly, we may have spent the afternoon beforehand drinking at the beach. But still.