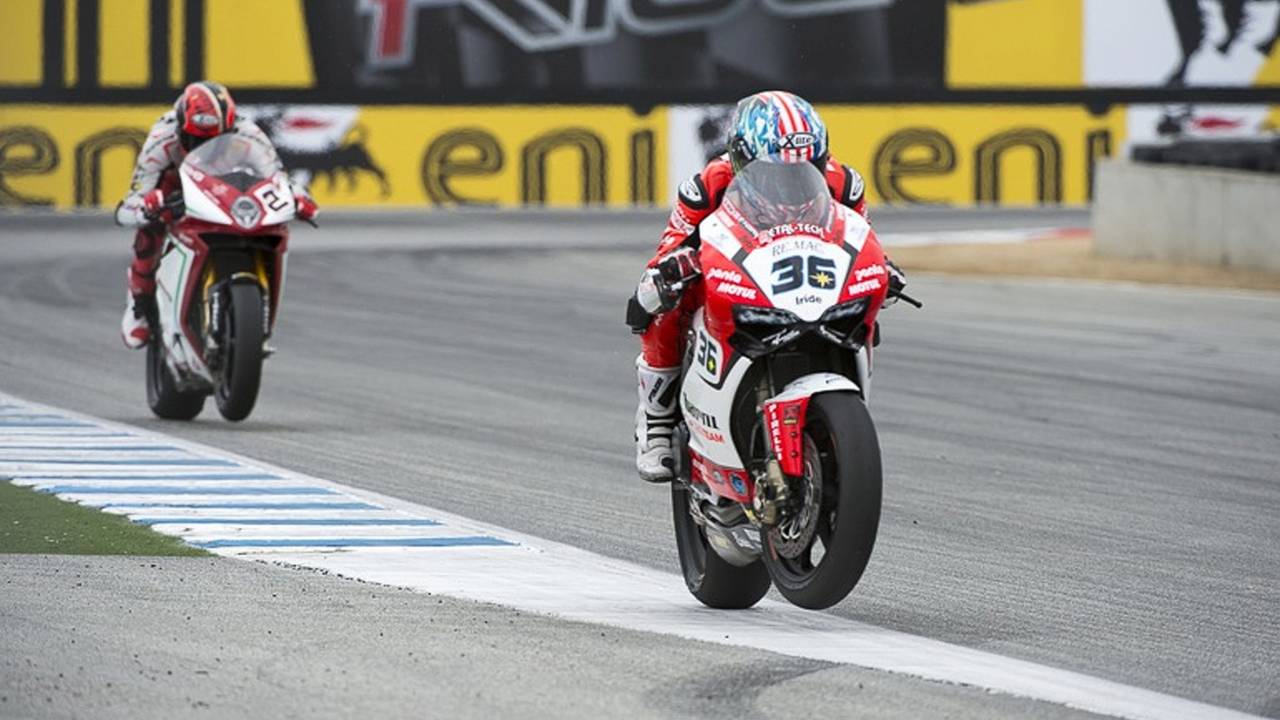 This past weekend, July 17th-19th, the World Superbike championship headed to Laguna Seca. Also a part of the event was MotoAmerica, which hosted five classes: Superbike, Superstock 1000, Supersport, Superstock 600, and the newest class addition to American national racing—the KTM 390 cup.

Chaz Davies not only secured first place in the Superpole race (he hasn’t secured this position since 2011 when in raced in World Supersport), but also won both Sunday races. Tom Sykes also had a tremendous race by trying to fend off fellow teammate Johnathan Rea, who was hot on his tail during both races.

Unfortunately, tragedy struck leaving a stern reminder of how dangerous the sport can be when MotoAmerica lost two riders during the final Superbike/Superstock 1000 race on Sunday. Our condolences go out to the families of Bernat Martinez and  Dani Rivas. May they both rest in peace.

Below is a photo recap of the MotoAmerica and WorldSBK races at Mazda Raceway Laguna Seca:

Chaz Davies (#7) heading down the Corkscrew.

Leon Haslam (#91) making his way down the Corkscrew.