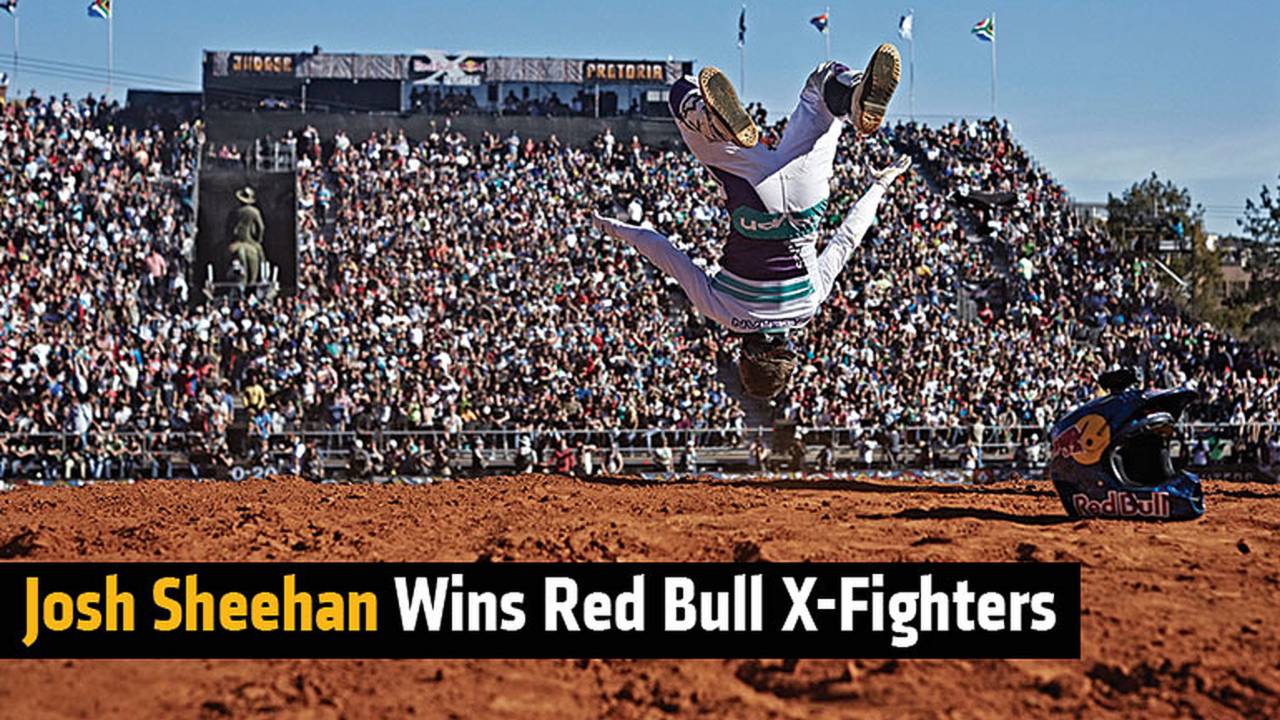 The journey has finally come to an end. The Red Bull X-Fighters World Tour completed it's final round in South Africa this past weekend and Josh Sheehan raised his warrior shield trophy triumphantly.

It's hard to believe that the final event has taken place. This year's X-FIghters proved to be one of the most exhilarating series in it's history. Bike flips in Spain, backflips on a lake in Munich and now a champion crowned in Africa. The points battle this year was neck and neck as Sheehan, Sherwood and Torres duked it out on the final stage.

But, Australia’s Josh Sheehan was unstoppable, winning the event and his first Red Bull X-Fighters World Tour title in front of a sold out crowd of 22,000 frantic fans. The 28-year-old dominated the competition, winning every heat by unanimous decision to earn his first championship in the world’s most prestigious freestyle motocross series. Spain’s Dany Torres finished strong in second for the day, with Adam Jones from the United States earning his first podium of the season in third. Earning a well deserved "Rudy slow-clap" from all of us here in the US.

Sheehan has been charging in recent events, making determined progress against his rival from Down Under, New Zealand’s Levi Sherwood. After winning the first two events of 2014, Sherwood had clutched the top of the World Tour leaderboard all season long. When an ankle injury sustained in Qualifying yesterday prevented Sherwood from moving beyond the first round of the Final, Sheehan could have taken it easy. But he gave everything he had, defeating every opponent, including a spectacular Torres, with electrifying tricks like the double backflip and the Tsunami Flair.  When the final World Tour standings were tallied, it was an emotional Sheehan in first, Sherwood in second, and Torres in third. Each now has one World Tour title under his belt.

“I’ve been wanting this for years, and it’s a dream come true. I’m on top of the world.” said an overwhelmed Sheehan.