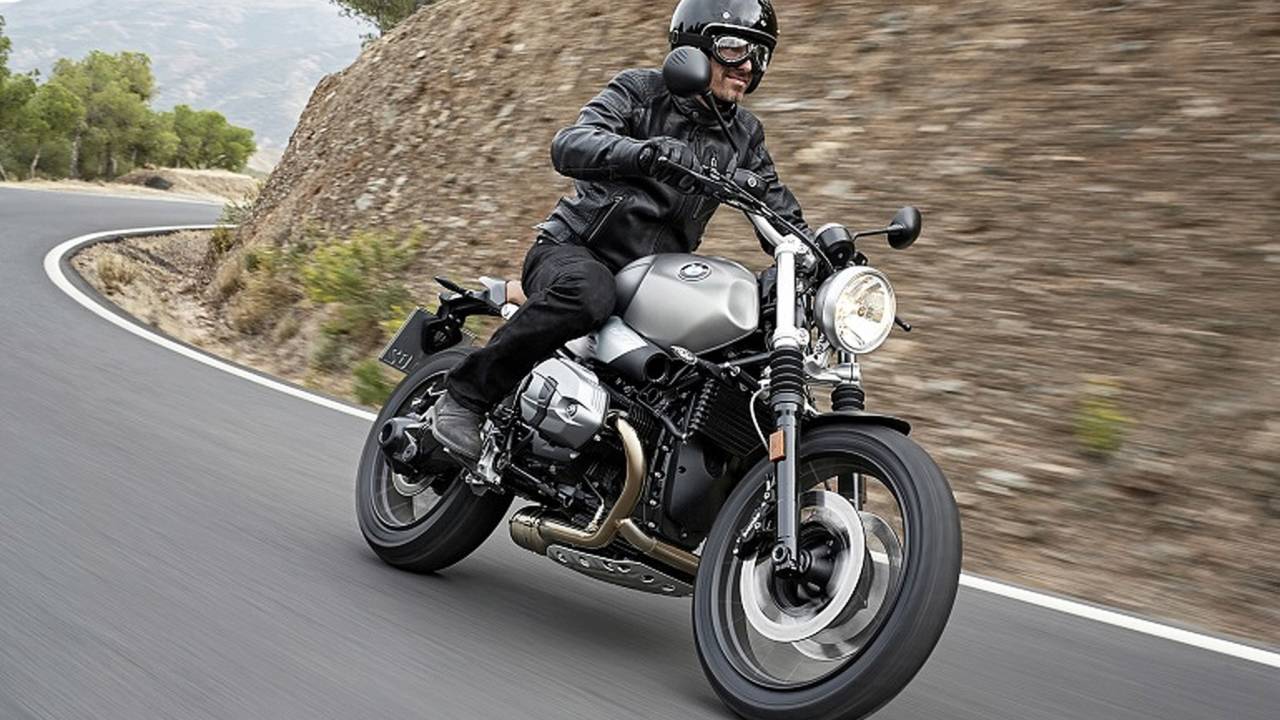 The BMW Scrambler was announced at last week's EICMA event in Milan and will feature the same air-cooled flat twin engine as the R nine T.

If you love scramblers, now is a great time to be alive. BMW has announced it will soon be offering its own take on the popular style, using its boxer-powered R nineT as a base. The even better news is that it is expected to cost less than a standard R nineT.

The BMW Scrambler was announced at last week's EICMA event in Milan and will feature the same air-cooled flat twin engine as the R nineT, along with the same engine power figures of 110 hp and 86 lb. ft. of torque.

Differences between the two bikes will be mostly aesthetic. However, the Scrambler does offer a suspension with slightly more rear travel (5.5 inches, as opposed to the R nineT's 4.7 inches), and the ergonomics have been changed slightly to allow for a more relaxed stance.

A 19-inch front wheel will give the bike a look of something that can explore the occasional fire road. The bike's classic scrambler-style high exhaust certainly contributes to that look. Whereas shaft drive and ABS that can't be switched off suggest you shouldn't wander too far from the beaten path.

A Scrambler of Your Very Own

Primarily, it seems BMW is eager to see people using this Scrambler as a base for customization. And as such, some lower-spec parts have been used to keep the cost of the bike down. For instance, wheels are alloy instead of spoked, and the seat is a little less plush than that of the R nineT.

However, I would not expect the Scrambler to cost dramatically less...

A Nice Bike From a Nice Company

It was difficult to inspect the bike too closely at EICMA because BMW had perched a leggy Italian model atop the bike, and my good Texas upbringing won't allow me to brush a woman aside for the sake of inspecting a machine. But from what I could tell standing at a respectful distance, the fit and finish of the Scrambler is every bit as good as what you would expect from BMW.

The aforementioned ABS will be standard, with dual discs up front. At the rear, a single-disc brake ensures deceleration. Traction control will also be an option. And to encourage customization BMW will, of course, be offering a host of accessories for both bike and rider.

There is, perhaps, opportunity to be cynical here, to say that BMW is jumping into an already crowded pool a little late, but the other way of seeing it is as an opportunity to get your hands on a less-expensive R nineT—a bike that just about everyone has swooned over.

You will have to wait, however. BMW says the Scrambler is technically a 2017 model and won't be available in dealerships until the latter half of next year. And although a BMW representative I spoke to confirmed a lower price than an R nineT, he was not able to offer any specifics as to how much lower.