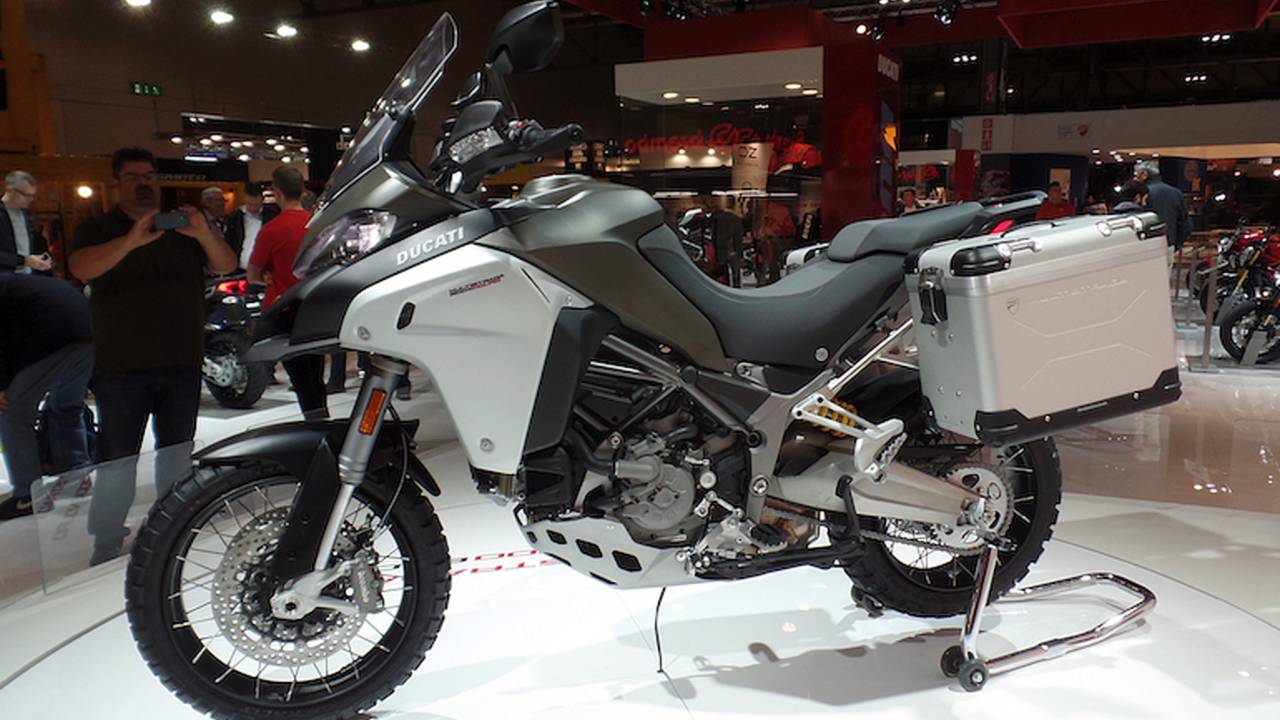 Ducati has announced the Multistrada 1200 Enduro –– a machine it describes as a "true off-road motorcycle."

As the definition of an adventure motorcycle has evolved in recent years, many have pointed to the Ducati Multistrada as an example of a great ADV that's clearly not designed to go off-road. This is no more. Ducati has announced the Multistrada 1200 Enduro –– a machine it describes as a "true off-road motorcycle."

The bike was revealed amid a glut of new Ducati models announced at this year's EICMA. Ducati is quick to stress that the bike is not just a standard Multistrada with crash bars and lights. Reshaped bodywork, a slightly tweaked chassis, and a whopping 7.9-gallon fuel tank combine to make a bike that Ducati CEO Claudio Domenicali said will make it a "proper round-the-world motorcycle."

"It is the first Ducati to be able to travel the world, really, on any terrain," he said. "We love this motorcycle."

Adventure riders who love whiz-bang bikes are likely to love it, too. The Enduro is clearly aimed to compete at the very top of the genre against bikes like the BMW R1200GS Adventure and KTM 1290 Super Adventure.

The bike will feature –– among other things –– cornering ABS, electronic suspension, cornering lights, traction control, cruise control, hill start, multiple riding modes and an Inertial Measurement Unit, which Wikipedia tells me is most commonly used on drones and other unmanned vehicles.

The Enduro has a Honda-like width to it when viewed in person. Which is to say, one wonders if it really needs to be that wide or if the designers simply felt a thinner bike wouldn't look manly enough.

However, Ducati eagerly pointed out that the bike's ergonomics have been changed specifically to make it easier to ride while standing. Bars are higher, the seat is thinner, the rear brake lever is height-adjustable, and the gear lever has a coupling to prevent breakage in the event of a fall.

Ducati's notorious desmodromic valve system is a given, of course, but the manufacturer says it has managed to dramatically space out maintenance intervals, with basic service due every 9,000 miles and the always-expensive valve adjustments every 18,000 miles.