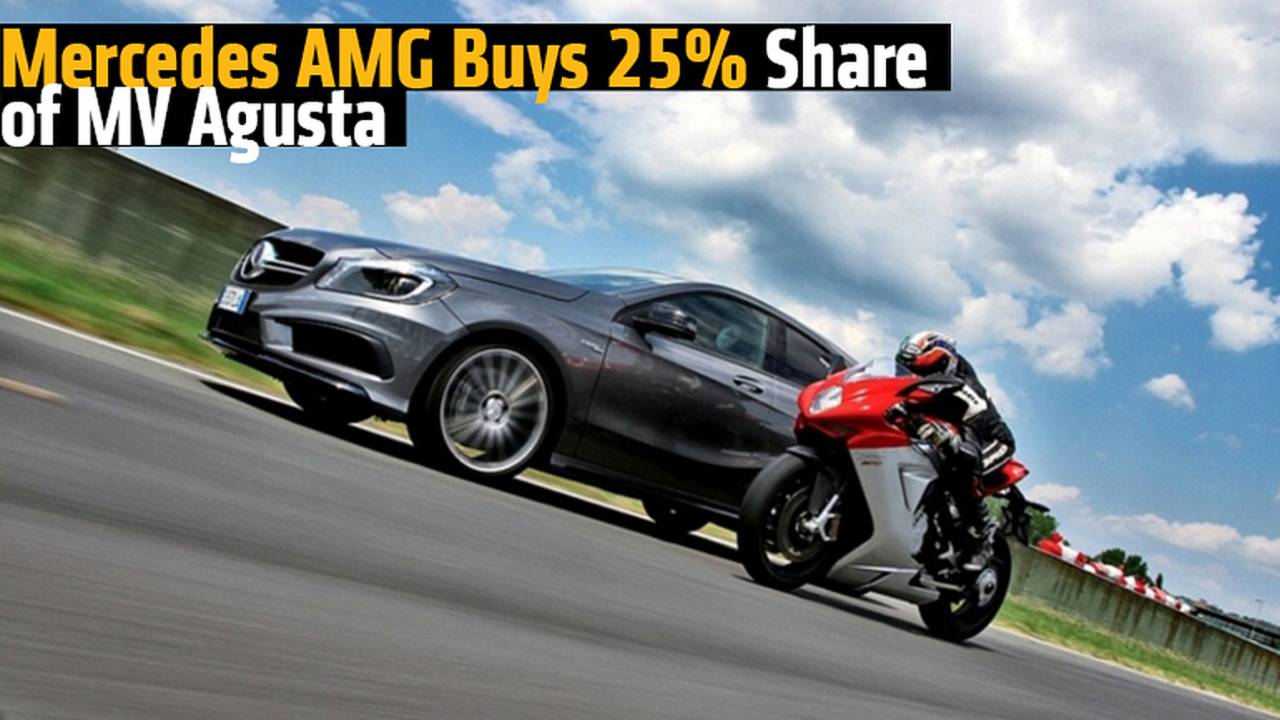 We reported previously on the rumors that Mercedes was poised to buy a stake in Italian motorcycle manufacturer MV Agusta. Turns out those rumors were true. The AMG division of Mercedes announced today that it has purchased a 25% stake in MV Agusta.

No financial details were announced but with the acquisition MV Agusta is certainly more financially stable, and Mercedes can now compete with BMW Motorrad and Audi/Ducati in the two wheeled marketplace. It also gives MV Agusta access to the technical prowess of Mercedes AMG. This detail may be more important than the financial boost. It gives MV immediate access to tools, resources, and machinery, saving the company from having to purchase those directly.

READ MORE: The Most Exciting Motorcycle News From AIMExpo 2014

According to the press release, along with the 25% share in MV Agusta a separate agreement for marketing and sales has been signed as a long term partnership. Mercedes branding on a MV race bike? Let's hope so. MV on an F1 car would be even better.

READ MORE: Automatic Braking Systems On Motorcycles, Do We Need Them?

Considering that Honda, BMW, Suzuki, Audi, and now Mercedes are all car manufacturers as well as motorcycle manufacturers - what do you think of the recent "boutique" purchases? Our sincere hope is that some of the better automotive technology trickles over to the two wheeled market. Direct injection and a more automotive style FI control allowing for better efficiencies...what tech would you want to see cross over?