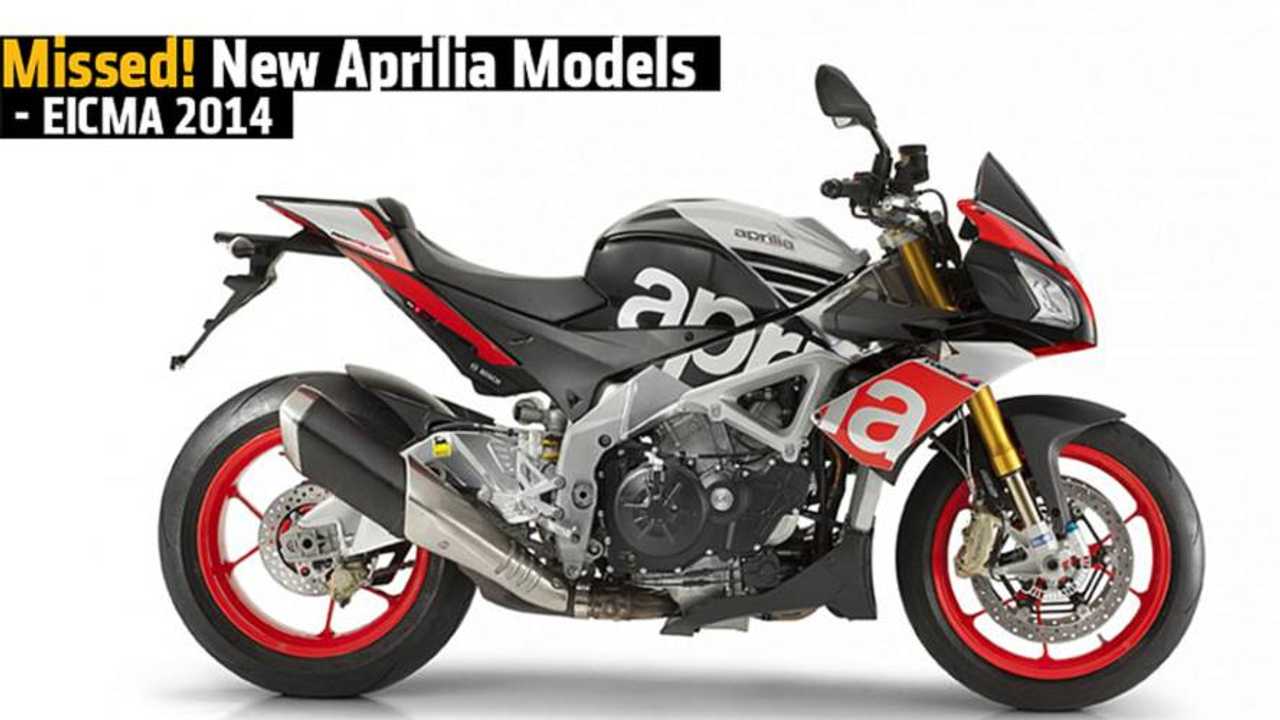 Aprilia generated some news at EICMA. With so many other breakout genre-busters the very nice updates to their flagship sportbike and sport-naked were lost in the shuffle. Well, now we are going to give them the coverage they deserve.

The  Tuono V4 1000 is now the Tuono V4 1100. In the everything-is-bigger-and-better category, Aprilia says that the upgrade was done to increase...“drivability”!?!?! Who are we kidding - it was done to put more power to the grip and smiles per mile.

The updated V-4 makes a claimed 175 peak horsepower and 88.5 pound-feet of torque, numbers that should make it the strongest naked bike in production. Drivability indeed!

Two versions will be offered: the RR and Factory. The chassis and related ergonomics have been revised to make the bike more comfortable and enjoyable etc.... insert press release jargon, blah blah blah, did we mention the Tuono V4 1100 is now the most powerful naked?

Aprilia just won the World Superbike Championship and has now improved that bike even further. We would say watch out but with all of the major manufacturers debuting such radical new bikes, did Aprilia do enough?