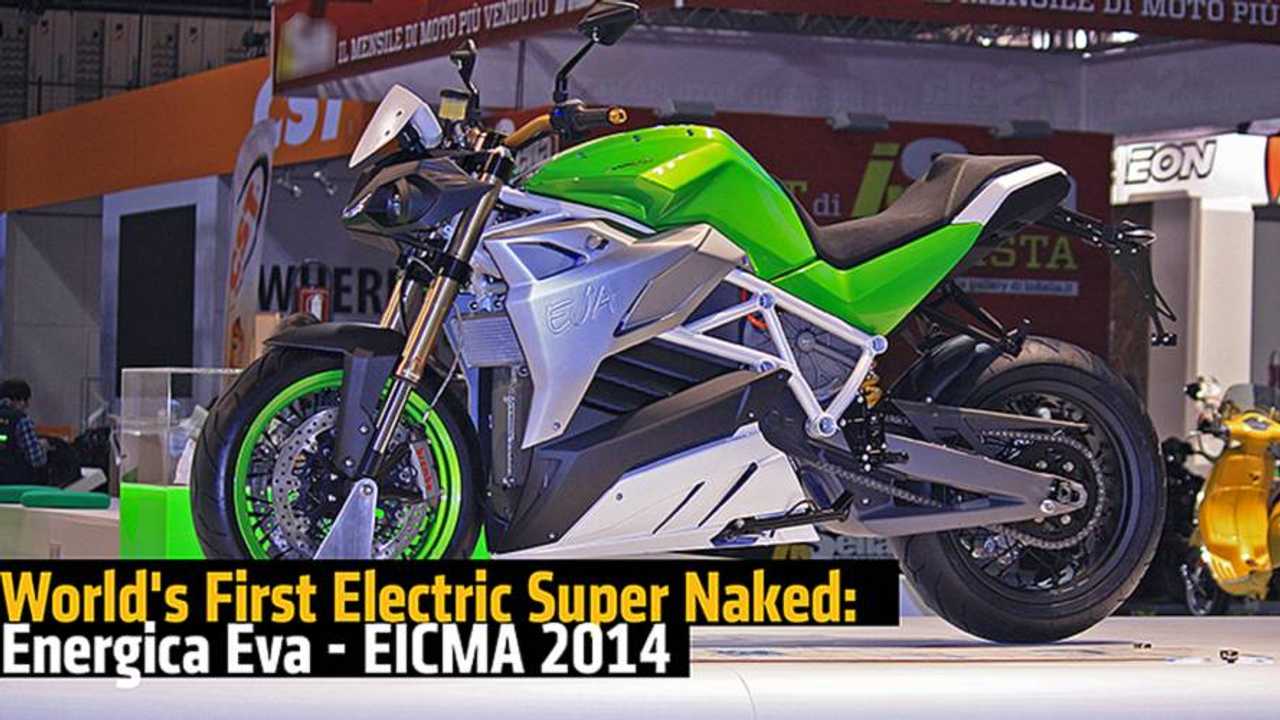 The Energica Eva is a naked version of the company's electric Ego bike. We dig it.

The exotic Italian company that has confidently been making news with its wild supersport bike the Ego has just released a new model to its small lineup. The 2015 Energica Eva is a streetfighter version of the Ego, with legit handlebars, repositioned pegs and fewer fairings. We dig it.

Let’s be honest, electric motocycles are still a niche market. Many serious buyers and reviewers look at them as afterthoughts and a pleasant, fun bike that you’d never seriously consider buying as your primary motorcycle. A second bike for the rich guy.

Luckily this won't always be the case; as technology advances electric bikes will start obtaining practical range and price... just not yet. Every advancement made, whether it be added range or even more technology at an even higher price, is a forward step towards making an electric bike seem like more of a practical purchase decision. So, while the new Energica Eva might be an expensive motorcycle impractical for your everyday commute, look at it as a step towards the more practical electric bike ending up in your garage soon.

The Energica Ego has been known as a creme of the crop in way of electric sport bikes, and just this morning they released a new bike, the Eva. A naked brother to the Ego, it’s a fully electric supernaked bike. Think BMW S1000R, but straddling a battery and electronic motor instead of a gas tank and engine.

Few details have been released just yet on what the bike will feature in way of specs, but we can only assume it’ll be similar to the Ego, which featured Marzocchi 43mm adjustable forks upfront and a Ohlins adjustable shock mounted to an aluminum swingarm in the rear. Although the Ego featured Marchesini forged aluminum wheels, while it looks like the Eva will have spoke wheels. Both bikes will have the same trellis frame and single, exposed coil-spring in the back.

The Ego sport bike saw about 95 miles on a full charge, but the impressive thing was its ability to charge from empty to full in 30 minutes. That beats out any Zero Motrocycle, but the Ego also beats out Zero in price, retailing for $25,000 to $28,000. No word yet on the price of the naked bike, Streetfighter, but we'd hope for under $30,000 despite some estimates saying north of that.

“We believe that the future is electric”, says Livia Cevolini, CEO Energica Motor Company according to the company's press release. “and that a winner on the track is also a champion on the open road. Our bikes are champions of sport, luxury, craftsmanship and innovation rooted in our expertise in engineering and driving performance.”

Luckily this is not another non-US unveiling as the news of the Eva was accompanied by the announcement of the very first Energica dealership, Newport Italian, in Newport Beach, California.