At first glance, the only thing that sets the Energica Ego apart from any other sport bike is the fact that you’ve never seen it before. An average pedestrian seeing it parked in front of the local hipster den may never even know that they just walked by the jewel of one of the few electric motorcycle pioneers.

Living up to its name, the Energica Ego is a melting pot of innovation, Italian design, captivation, and perseverance. A practical necessity for the urban minimalist, and a new unique paint brush for the knee sliding artist.

What is the Ego?

The Ego has the feel of a purebred racecar with a laptop on the passenger seat. Even though the three models I tested are the final prototypes before production, there were a few design characteristics that irritated my OCD gland. The bodywork needs a little more attention around the edges, the shock absorber looks like it was just “put” there, and practically every appendage was clamped in a mill at one point in its life. It looks like someone rigged a Ducati frame to hold an electric motor, bought all of the necessary components from a performance parts website, and hired Lockheed Martin to design a body that will lower its radar signature.

But the flaws all kind of fit with the motorcycle’s personality. Energica did not build the Ego to outsell the latest liter bikes from Honda and Suzuki. The company simply fell in the fast flowing river of electric scrutiny, and the Ego is their way of saying, “The water is fine.” Energica is a company that sees the future made possible with electricity. They’re sailing to the end of the world, just to make sure it isn’t flat.

The bodywork on the 569 lb. Ego primarily covers the enormously heavy batteries, leaving just a piece of the 134 horsepower electric motor exposed. The motor spins a small gear that spins a bigger gear, which is connected to the front sprocket. That’s about as complex as the transmission gets. Without the use of a clutch, the power is instantly sent down the chain, through the asymmetrical mono-shock swingarm to the 180/55 Pirelli Corsa II tire (which has the same rubber composition as chewed bubblegum). The motor only has one moving part if you don’t count the oil cooling system, so maintenance as we know it, is almost non-existent. The oil is used for cooling and not lubrication, so it lasts significantly longer. 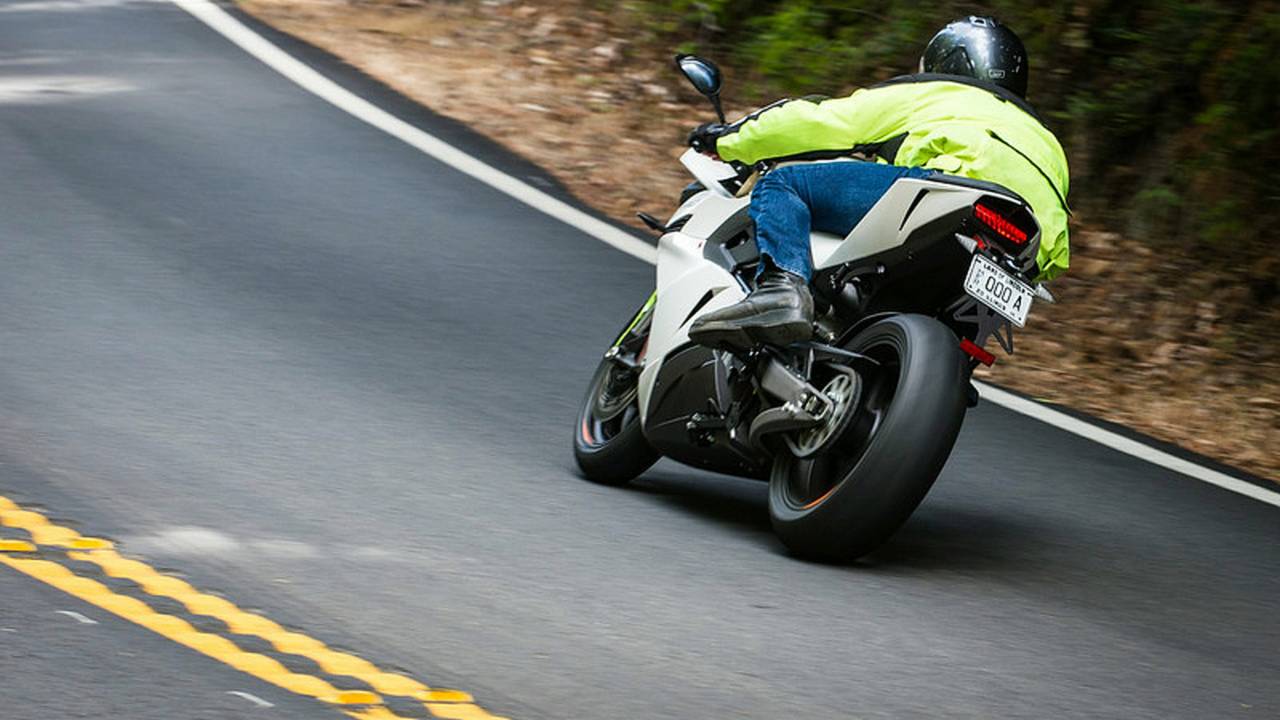 The Ego’s owner knows that there are few like him, and he is proud of it. He fantasizes about what it would have been like to meet people like Steve Jobs or Nicola Tesla. He has a set of custom golf clubs, not because they perform better, but because all his friends have them, too. He knows nothing about sag, spring preload, damping, and such, but he still insists on educating his friends of his purpose fitted Ohlins and Marzocchi adjustable suspension. The Energica Ego will compliment the person who anticipates the future; he does not intend to turn heads; he intends to blow minds.

With electric vehicles comes a new list of specifications that competing companies are boasting. In the Ego, the throttle (or more appropriately: the angle sensor) has received an ample amount of attention. The nerds at Energica have programmed an algorithm to manage the amount of power applied, based on a number of variables like speed, battery power, personal mapping setting (for power, traction control, and engine braking settings), and right wrist position. It repeats this calculation 100 times per second. As you twist the power proportioner, you can feel each percent of a second as the new calculation sends a jolt of slightly increased wattage to the motor. The precision of the throttle is so acute, there is no need for a clutch to feather while counter-balancing through a tight turn. Moving at slow speeds is exceptionally fun: it feels like that sweet spot in the trigger on your DeWalt 18v drill that makes it spin at a slow, accurate speed.

Fast throttle response is a necessary component to make a motorcycle comfortable to ride fast. If the throttle response sucks, the bike automatically fails. A well-placed roll of the throttle can be the difference between slipping into a corner too far and maintaining a smooth line out of the apex. The Energica Ego has absolutely no throttle lag. The moment you twist the wattage dial is the moment you deploy power. The Ego surprises you by sharing the instant knowledge of how to move those two quarter-sized contact patches of your tires to any point on the road you desire just by changing your wrist position. The high speed precision on this thing is what CNC is to manual machining.

The Ego’s transmission uses straight-cut rather than helical-cut gears, which sound like wood screws dragging against a steel screen. You’ll never get comfortable with this sound. It is sadistically unique, and you don’t quite fully understand just what it is, before getting scared and backing off the volt twister.

While most motorcycles have a computer that controls fuel mapping, the Ego has a water-cooled brain. The onboard computer collects all sorts of statistical data and will relay that information to diagnostic programs and back to Energica’s electricians via the motorcycle’s Bluetooth, internet, and other wireless connections. Wheel rpm, accelerometer data, lean angle, power usage, speed, GPS location—the Ego takes note of all things that happen while in motion. This information is used to improve the design and function of Energica’s electric drivetrain, but you may still want to read through the terms and conditions before clicking “agree.”

Introduced alongside the Ego, is its evil twin, the Ego 45. In commemoration of the company’s 45-year anniversary, Energica swapped the Ego’s beautifully painted pearl white bodywork for carbon fiber. Along with tobacco and alcohol, the Ego 45 should have its own safe-free zones to avoid causing carbon-fiber-related hysteria. With only 45 models being manufactured, Energica will be rocketing customers from 0-60 in less than three seconds, thanks to the instant 143 lb/ft. 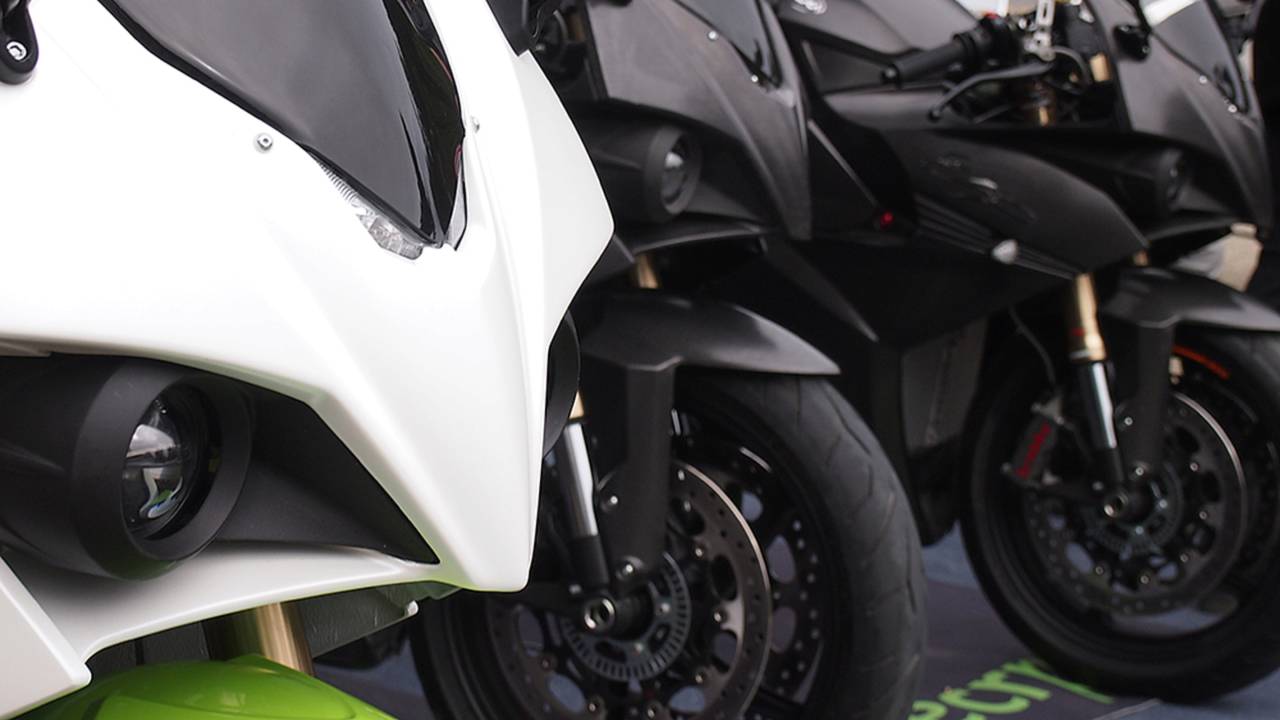 Did The Ego Hit The Mark?

The engineers at Energica have the moon in mind, but right now, they are only on Apollo 7 with the Ego. If you’re only going to take this bike, which has custom Brembo brakes and Ohlins and Marzocchi suspension, for a conservative commute to work, then you can count on averaging about 95 miles out of the 11.7 kilowatt hour charge.

What is impressive though, is that the Ego can charge from near empty to 85% in just 30 minutes. You can have a lot of fun on this bike with little down time, but the charge still doesn’t instill the same faith as gasoline.

That said, electric bikes are so freaking close to actually competing against gas bikes—I can smell it. While they may not be as fast, lightweight, or convenient as a gas bike is now, electric motorcycles have the potential to equal, and then leave the internal combustion engine eating its techno dust.

The Ego has proven that communication between man and electric bikes can be far more fluent than with gas bikes. The last ingredient the electric power plant needs to move into the big leagues, is better energy storage technology. Then these bikes will slowly begin to infiltrate our world of transportation. 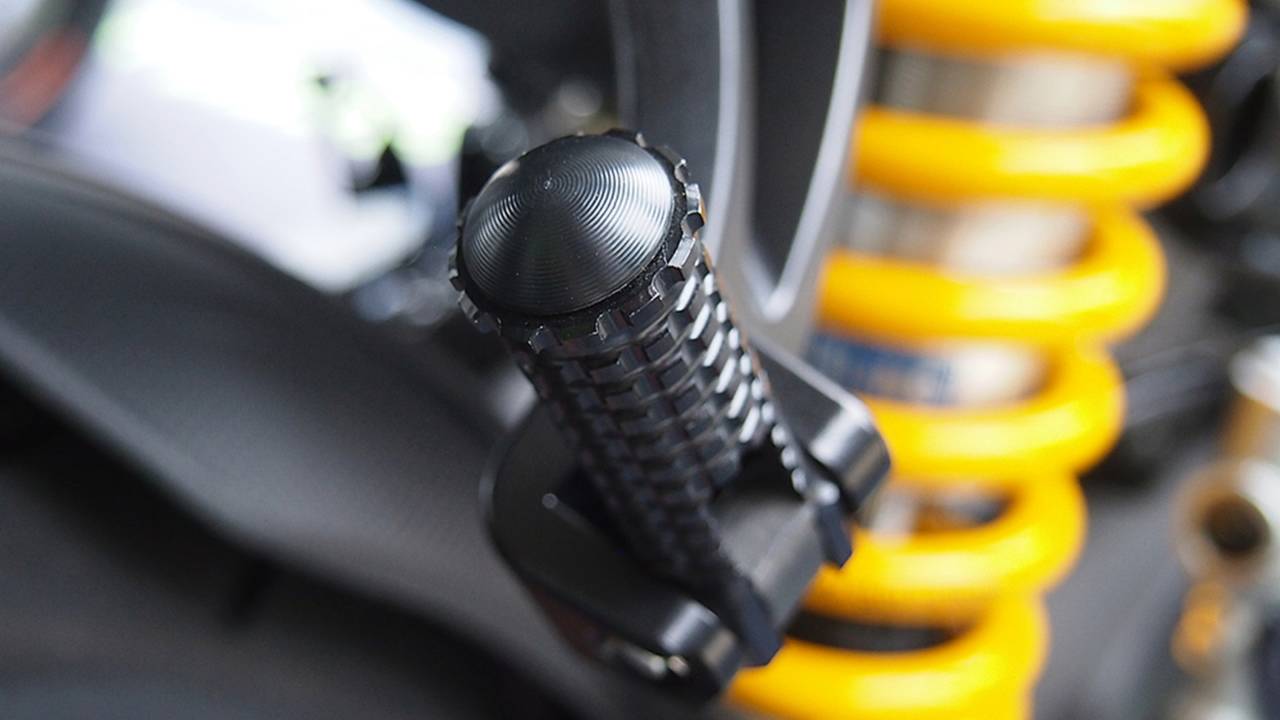 Would you buy an electric bike? Do you think the 95-mile charge is accurate? Is it realistic to buy a sportbike with limited mileage? Comment below.

By: Greg Anthony
++
Got a tip for us? Email: tips@rideapart.com