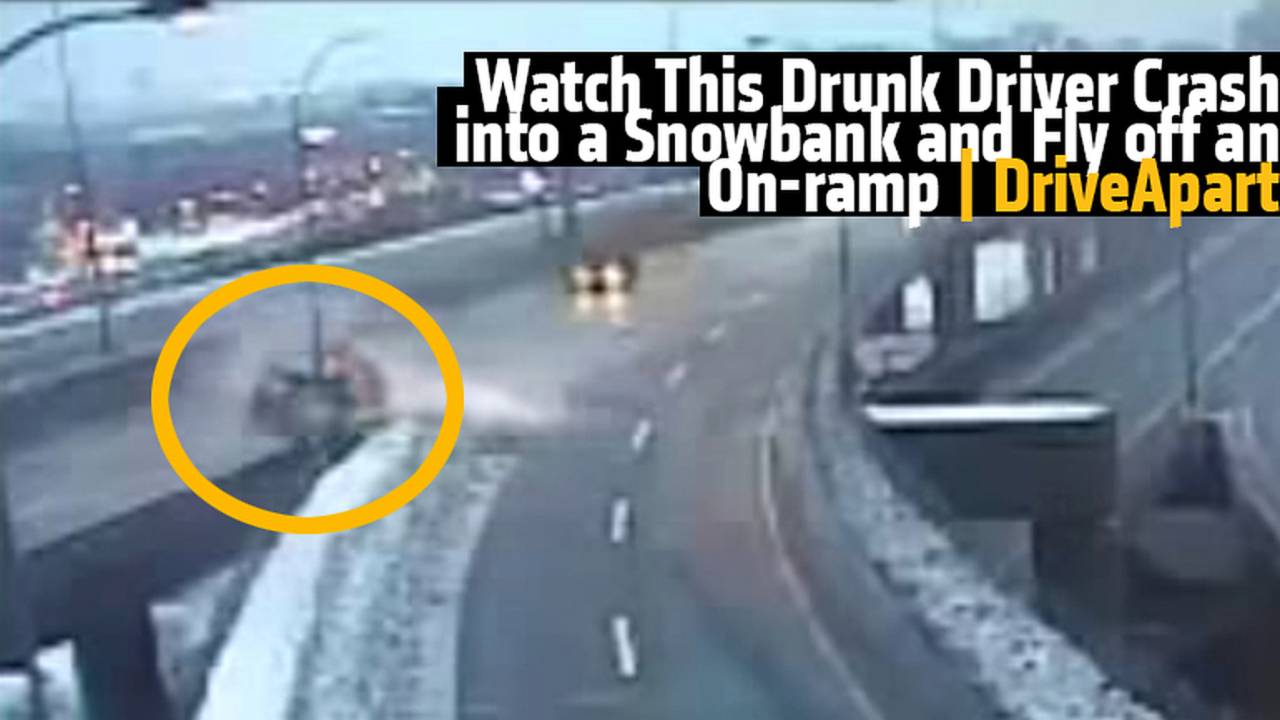 Drunk drivers uncannily land themselves in the most daunting positions. For this man, that position with the ramp stories below.

You read it right, the guy flies off an on-ramp. This is what happens when you drink and drive, one moment you're the "best intoxicated driver in the world," the next you find yourself flying off the road and pile-driving your car into the ground below.

While we're on the subject of car-flight, let's talk car jumps for a second. What does one need in order to catapult a car and defy the laws of gravity? Momentum, a ramp, and a whole lot of brass. This man had the perfect formula: maniacal speed, a snowbank ramp, and liquid courage. Put all of that together and you have a cringeworthy and realistic reminder of why you shouldn't drive or ride while under the influence.

The drunk driver in this video starts off speeding along without a worry in his ignorant world of drunken stupor. Seconds later, he shoots his pick-up truck straight into a snowbank conveniently located in front of an on-ramp divider. At this point, in a normal circumstance, the truck would've more than likely stopped dead in its tracks. But this is no normal car accident and this driver is drunk. The video below gives you three bone-chilling angles of what happens next.

Although the man did survive the crash, it was not without being charged with 2 crimes including a DUI. The concept is simple: Don't drink and drive (or ride) people, you don't want to end up like this guy.