How To Avoid Drunk Drivers On a Motorcycle 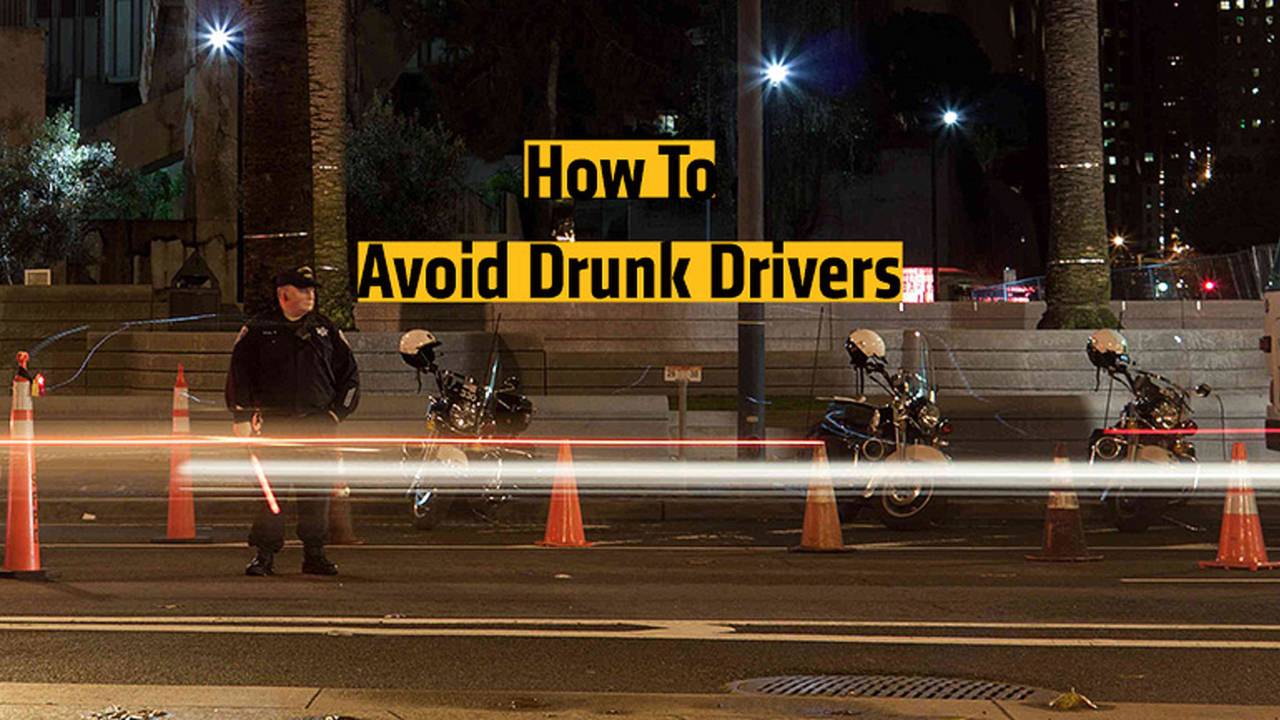 On New Year's Eve it's like a warzone out there and while we may not have the tanks, we do have our wits. Here's how to avoid drunk drivers on a motorcycle.

On any given day, motorcyclists are sharing the road with drivers who's max skill level tops out at keeping their car in their lane, at a constant speed. Those same drivers are texting, speeding, operating cars with worn out tires and, on days like today, a good number of them are hammered too. In short, it's a warzone out there and, while we may not have the tanks, we do have our wits. Here's how to avoid drunk drivers on a motorcycle.

1. Stay Off The Road

You know when and where drunk driving is most likely: on holidays, near areas with lots of bars, in places where there's not a ton of public transportation (i.e. most of America). The easiest way to avoid being DOA'd by a DUI? Just stay off the road during those times and in those places. It's what I do. In Los Angeles, on the big holidays, drunk driving is so anecdotally prevalent that I just lock my bike in the garage and walk or take a taxi to where I'm going. Shopping and errands can be sorted ahead of time and going to a bar or party near my house leaves me free to have fun without having to worry about transporting myself, too.

I live just off Sunset Boulevard. It's chaos at the best of times, but late at night on weekend and during holidays it's a gauntlet of deadly driving. Sticking to minor roads may add a little time to your journey, but it shelters you from the majority of traffic, while reducing the speeds at which everyone around you is moving. It's way easier to avoid someone blowing through a stop sign if you're going 25 mph than if you're going 60 mph.

3. Be Especially Careful at Intersections

Think of the kind of accidents that are most likely to kill or seriously injure you. Someone traveling in the same direction, changing lanes without looking and bumping into you is a less serious impact than someone T-boning you at a high rate of speed. You should be doing this anyway, but don't race away when the light goes green, wait and look both ways before crossing the intersection, looking for people who may run the light. The same goes for stop signs. Remember, just because you're wearing head-to-toe Hi-Viz and have your highbeams on doesn't mean Sally and her drunk friends are going to bother seeing you.

4. And While Coming To A Stop

Again, this a danger we run day in, day out, but being unable to see you is especially a problem if those eyeballs are obscured by alcohol. Control the speed of traffic behind you by bringing it to a controlled stop at a stop light, rather than just racing up to it and slamming on your brakes. Flash your brake light. Stop between lanes, not in the middle of them. Do everything you can to avoid being a sitting duck.

5. When You See a Drunk Driver, Stay Behind Them

Look for signs of drunk driving — weaving, unpredictable use of the throttle and brake, stereo up loud, driver all done up for a night out, cars full of party goers — and keep them in front of you, where you can control your relationship with their vehicle. If you pass them, you're then relying on them to not hit you at every stop sign and stop light. If you're behind them, you can stay well clear. Just be patient and try to maintain a little extra following distance. Also, don't assume they are going to do what they look like they are going to do. Drinks are unpredictable when operating heavy machinery. A turn signal and a move into a turn lane doesn't mean they're not going to think twice and leap back into traffic without looking.

Don't wait, call the police right away. Drunk drivers often try to flee the scene of an accident. Also, if you in any way suspect that the driver may be inebriated, demand a breathalyzer or blood test. Even if you're OK and your bike's not too scratched up, it will help get the drunks off the road.

Do you have to ride a bike tonight or do you regularly ride around impaired drivers? What are your stories and best survival tips?