Video (NSFW Language): Dog Plays Catch Me If You Can with Bikers on Highway 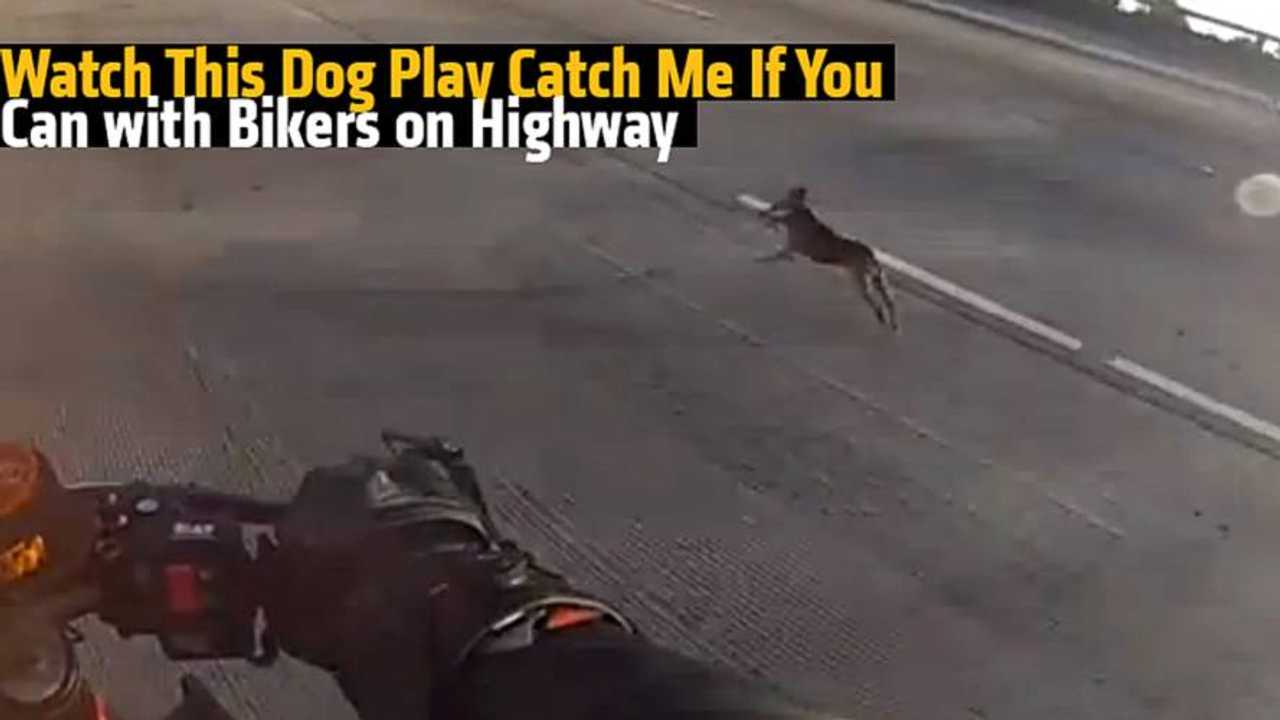 Watch these hero bikers as try to catch a dog on the highway and end a traffic jam. It just won't give in.

Frank Abagnale Jr. was a conman that bilked millions impersonating a Pan Am Pilot, doctor, and legal prosecutor—all before he was 19 (What are you doing with your life, huh?) His fame and follies were put to the silver screen in the film “Catch Me If You Can” starring why-hasn’t-he-won-an-Oscar-yet Leonardo DiCaprio and typewriter connoisseur Tom Hanks.

A dog, most definitely having just watched the film, was allegedly attempting to impersonate a car when his plan was foiled. Motorists and bikers alike united in trying to save the four-legged con artists from a life of perilous crime.

The seven-minute video from a biker’s helmet-mounted camera shows the dog running feverishly down the California highway, avoiding the dastardly grasp of motorists and bikers. Missing from the video is some Yakety Sax overlaying the biker’s frustration.

While the dog isn’t caught in the video, it's nice to see bikers and motorists trying to save the four-legged fugitive. Bikers are in an especially great position to help catch runaway animals on the highway, being able to leap from their bikes with ease, instead of fiddling with a door and clamoring out of a car.

The fate of the dog is unknown according to ABC News, and no one (humans) was hurt in the chase. We imagine the dog jetting off to Aruba, pilots hat in paw, and a medical license in his suitcase. Godspeed, pup. Ain't nobody gonna catch you.

Photos Courtesy Of The SuperestDuke

READ MORE: How to get Started in Minimoto USA