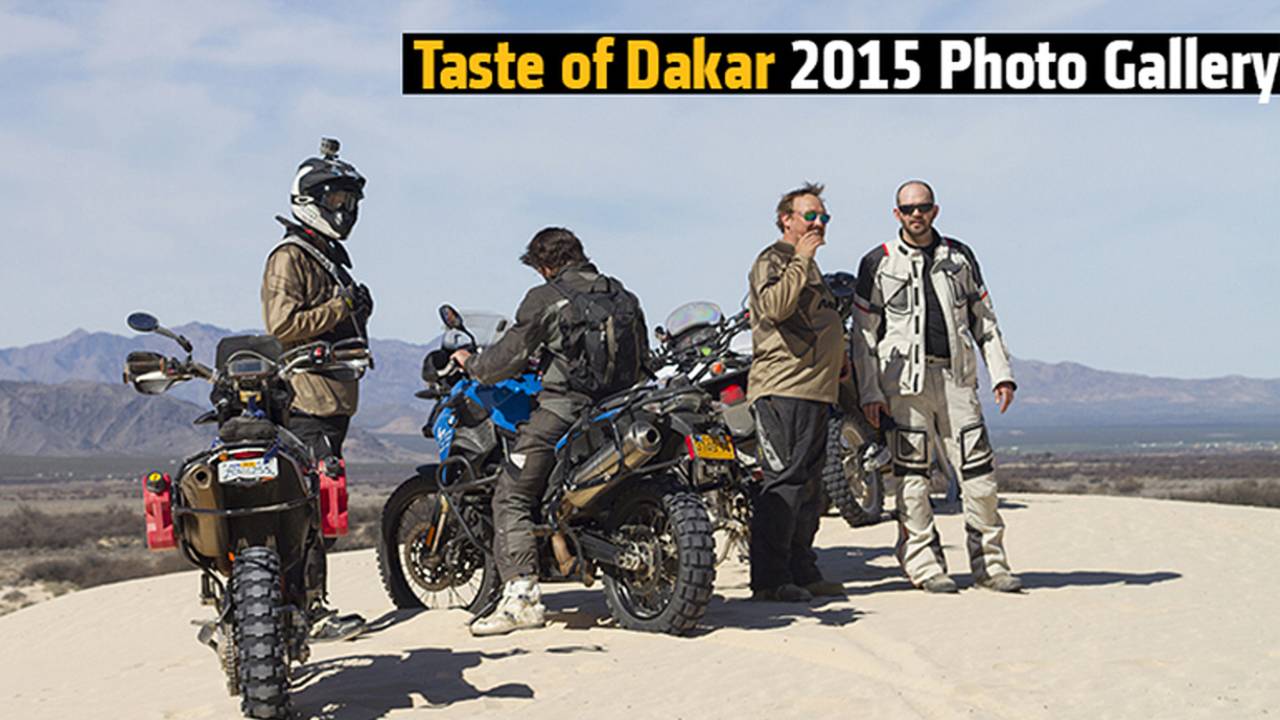 A few days ago, we posted our Taste of Dakar 2015 recap, but still had a slew of extra photos to share. Enjoy:

In case you have absolutely no idea what we're talking about, the Taste of Dakar, is just that—a taste of one of the world’s gnarliest road rallies. Luckily, it’s set up for riders’ of varying skill levels on almost any ADV bike.

Seattle-based company Altrider, makers of high quality gear for adventure bikes, got together to put on this event. Altrider makes saddle bags, covers, guards and everything essential for ADV bike survival in rough conditions.

The Dakar rally is possibly the world's most intense rally, just making it alive from one end to another is an achievement. Knowing they, like so many others, won't ever make it the actual start line, Altrider decided to instead bring it here. Enlisting the help of Dakar podium finisher (the only American to ever place) Jimmy Lewis, they mapped out a route through Death Valley. This terrain is the closet to the actual Dakar rally that you can find on US soil. The Taste of Dakar is only one of many of the rides they do throughout the year.

MUST SEE:  Take a Trip: Go to the Women’s Sportbike Rally in Big Bear | RideApart

MUST SEE:  Honda BULLDOG Unveiled - Would You Ride It? | RideApart

Photos by Jesse Kiser and Eric Hall with XLADV.com