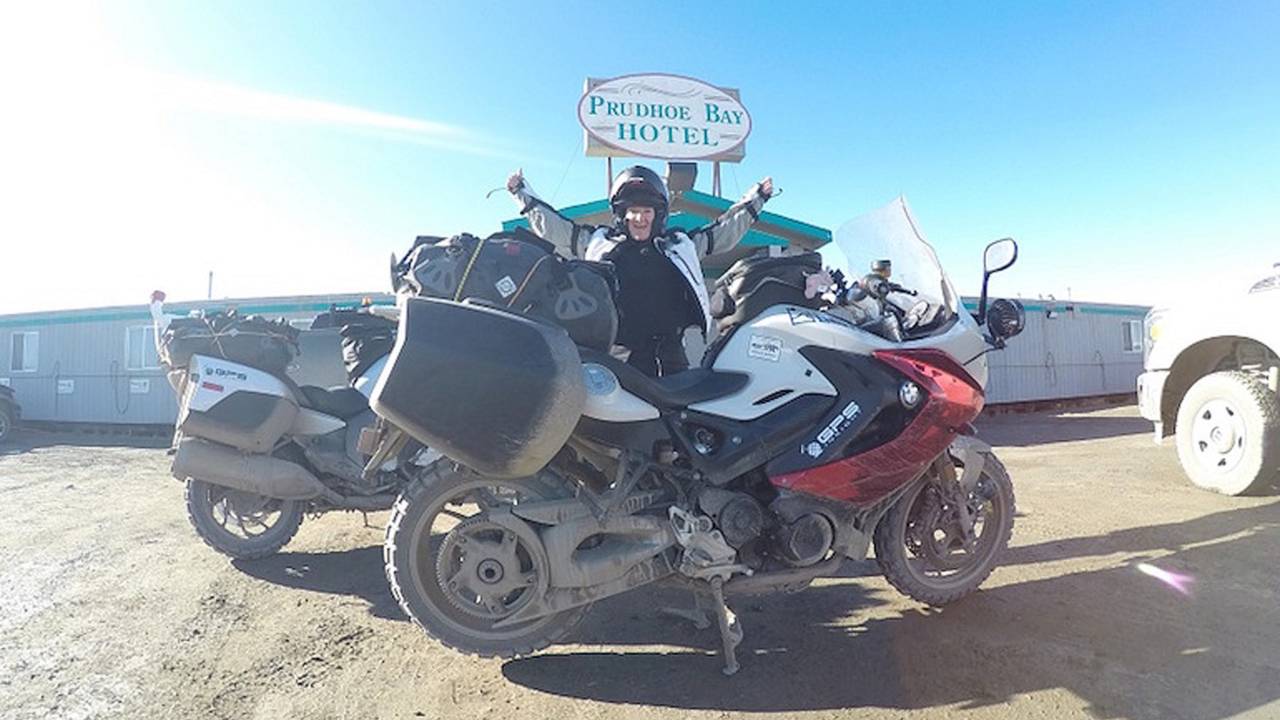 Woman Racks Up 11,236 Miles on Record-Setting First RideA California woman has clocked a record-setting 11,236 miles on her first legal motorcycle...

A California woman has clocked a record-setting 11,236 miles on her first legal motorcycle ride.

You might remember that back in June of this year Deena Mastracci set out to capture the record for “Longest Continuous Journey by a New Licensee,” leaving on a cross-country journey immediately after earning her California motorcycle license.

She is also engaged to Carl Reese, who once rode across the United States in less than 39 hours.

Mastracci chose a BMW F800GT for this particular feat, pointing it first toward the Arctic Circle and the infamous Dalton Highway. Once reaching Dead Horse, Alaska, she turned around and made her way back to the contiguous 48 states, hitting Colorado then moving east to her final destination of New Bethlehem, Pennsylvania.

On average, she covered 400 miles a day, but during one stretch chose to take on an Iron Butt ride that saw her speeding from Denver to Hammond, Indiana, in less than 24 hours.

“My journey was the trip of a lifetime: a terrifyingly beautiful ride and an incredible learning experience all in one,” Mastracci said. “Everything about the voyage was a challenge for me. From navigating in traffic to maneuvering through mud and ice, it was very tough.”

Mastracci was joined in at least some parts of her journey by her fiancé –– a few videos of her adventure can be found on his YouTube page. She was sponsored in her attempt by GPS Insight, First Gear, National Cycle, Clearwater Lights, EarthX Batteries, Streetmasters Motorcycle Workshops, and Dillon Optics. Mastracci says she hoped to use her ride as a means of drawing attention to the work of the Motorcycle Relief Project, a nonprofit charity that helps veterans with PTSD and other injuries.