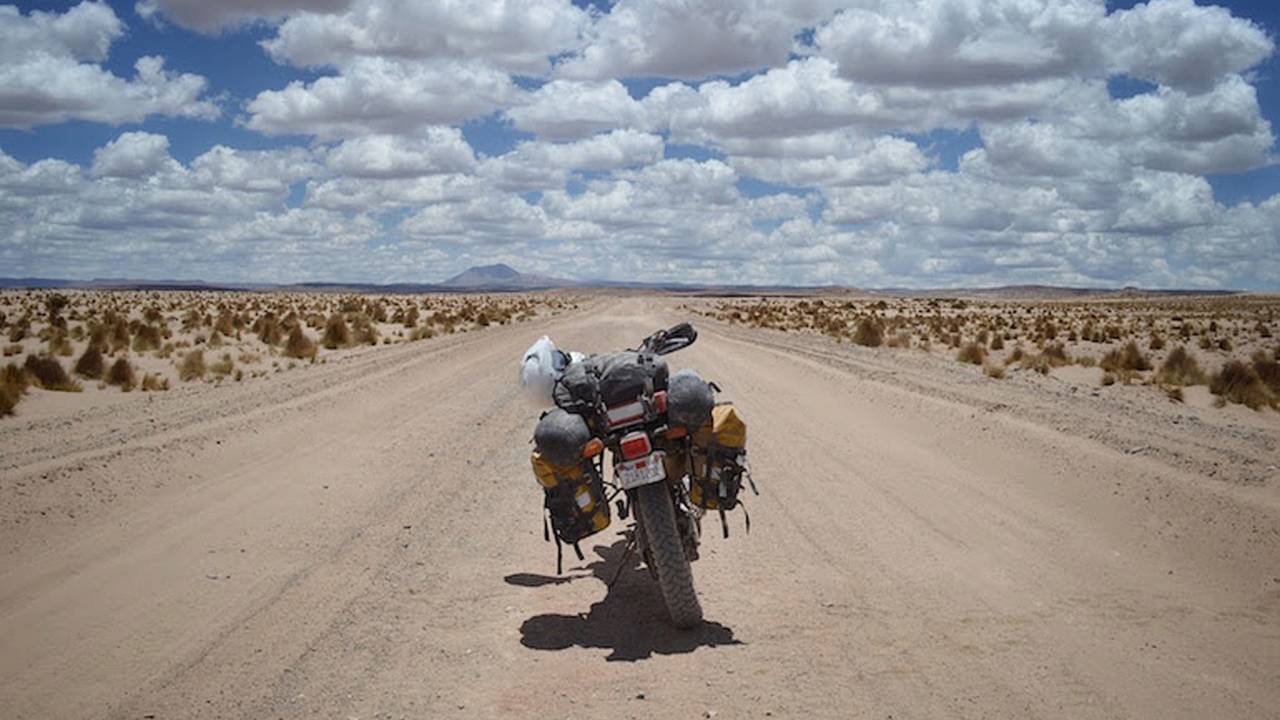 Houston-based artist Heather L. Johnson has racked up more than 38,000 miles on her Yamaha XT250 since hitting the road in 2013 as part of an art project she calls "In Search of the Frightening and Beautiful" (ISFB) – from September a number of her works will be on exhibition at Houston’s Cherryhurst House (www.cherryhursthouse.com).

The exhibition will focus on experiences gained while riding through the United States, Mexico, Central and South America for a 10-month span that started in spring 2015.

A petite woman, Johnson says she encounters concern more often than encouragement when she reveals her plans for solo motorcycle travel into territories unknown. But she says the journey ignites her passion, feeling that a motorcycle becomes an extension of the artist’s body.

As part of her ISFB project, when she stops along the road she sometimes leaves behind hand embroidered art works of motorcycle parts, accompanied by Spanish phrases describing experiences she has had on her travels. She places the embroideries in select locations in the landscape with the hope they will be encountered, taken, and kept. Since the start of ISFB Johnson has left several dozen artworks in her wake.

In addition to embroideries, her photographs and watercolors add to stories from the journey. Images depict subjects ranging from a roadside brush fire to a family battling torrents of rain with a picnic umbrella; from a barbed wire-lined wall of concrete stained with streaks of blood-colored rust to a cemetery’s Virgin Mary locked in her own glass house; from a shipping container painted with ecstatic dancing people surrounded by piles of rubble to a scraggly tree whose ultra-long roots cling for dear life to a tall clump of earth.

“This project is all about embracing spontaneity, random interactions and occurrences that testify to the ‘frightening and beautiful’,” Johnson explained. “The coincidences, contradictions, and struggles that reveal the essence of human experience.”

As artist-in-residence at Cherryhurst House, Johnson has returned to Houston to distill her experiences into this latest body of work. Her exhibition will run from September 24, 2016 to February 18, 2017.