What you're looking at here is the funky Johammer J1 electric motorcycle. This cross between a battery powered motor and a vehicle from the Fifth Element,

The latest entry on the eMoto menu comes from Austrian engineer Johann Hammerschmidt. The Johammer J1, claiming the title of the first production electric with a 200-mile range, features an aluminum chassis and plastic bodywork. The J1.150, with a smaller battery pack, has a reported range of 150 miles; both models have a rated top speed of 75 mph.

The bodywork has drawn mixed reviews, likened to a section of quonset hut, an art deco lobster claw, and a retro version of the Salsbury motor scooter. A few have asked if the body wasn’t installed backwards. 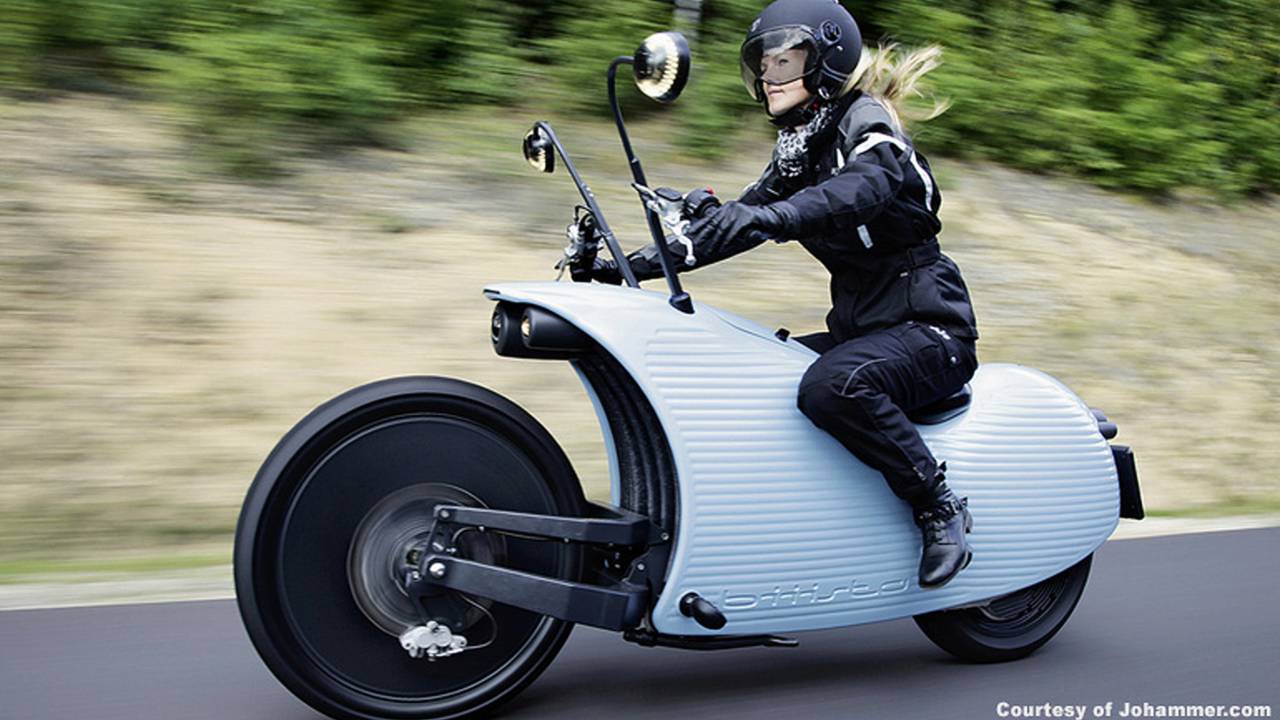 The battery pack is centralized below the rider, while the electric motor and controller are in the rear wheel, supported by a single-side box-section aluminum swingarm. The twin front swingarms employ hub center steering. Each end connects to a horizontal shock absorber within the chassis. The 150 weighs 350 pounds, the 200 is 390. Wheelbase is 1455mm, seat height is 650mm and the lean angle is 43-degrees. The bike is equipped with a reverse gear for ease of parking. Turning the throttle forward provides braking and regenerative battery power; the disc brakes are used for low speed braking.

The handlebars and footpegs are adjustable. The Johammer has no central instrument panel; data is displayed by LED windows in the rearview mirrors. The center of gravity is listed at 350mm, which “offers a secure feeling and very comfortable ride.” Hammerschmidt says another advantage of the design is its potential for use as a storage battery for home use. “A motorcycle like this is weather-dependent, so no vehicle is better suited for a secondary role as storage.”

The 150 lists for 22,900 euros, the 200 for 24,900. Hammerschmidt has undertaken a crowdfunding program in order to expand production. We expect that Director Cope will be on his way to Austria for a road test soon after the spring thaw. 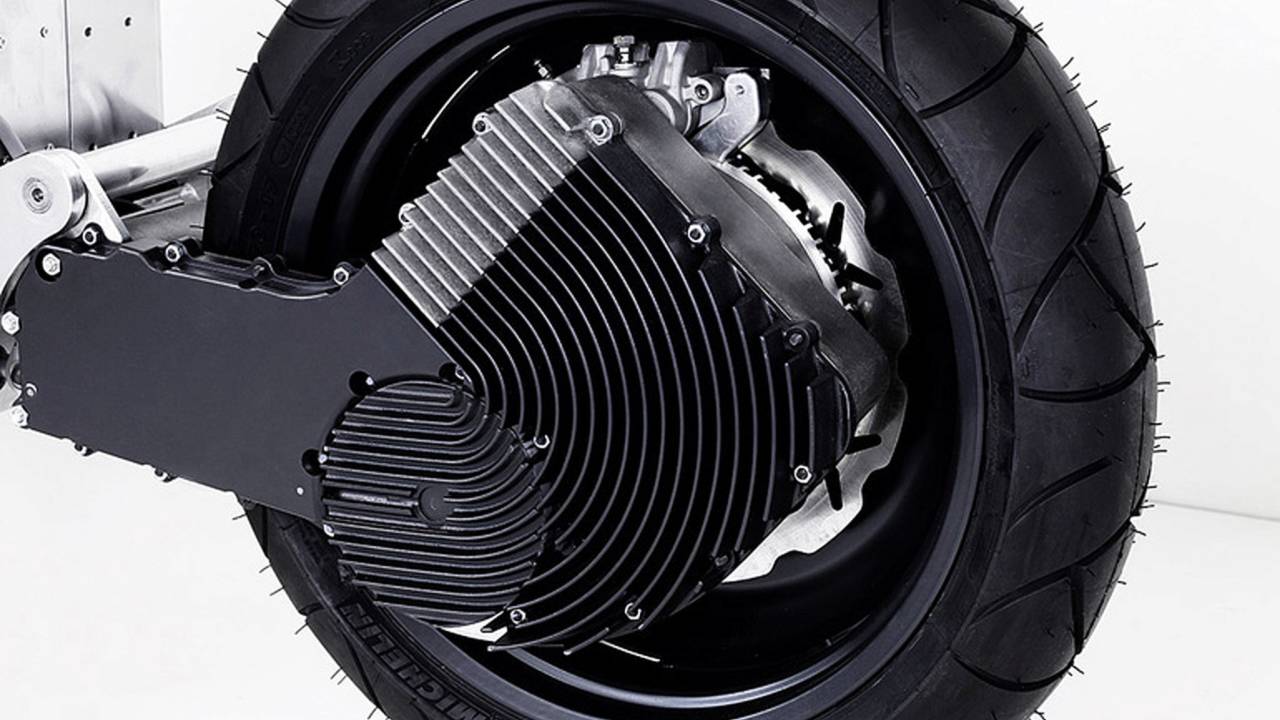 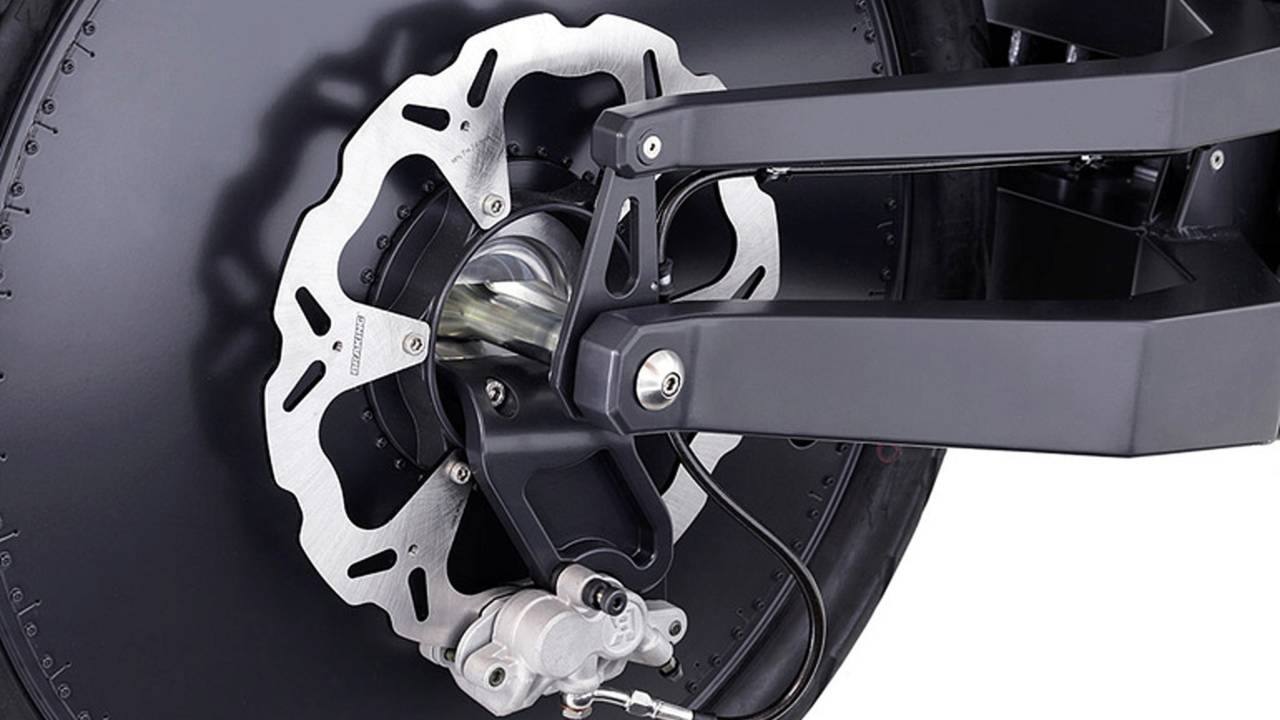 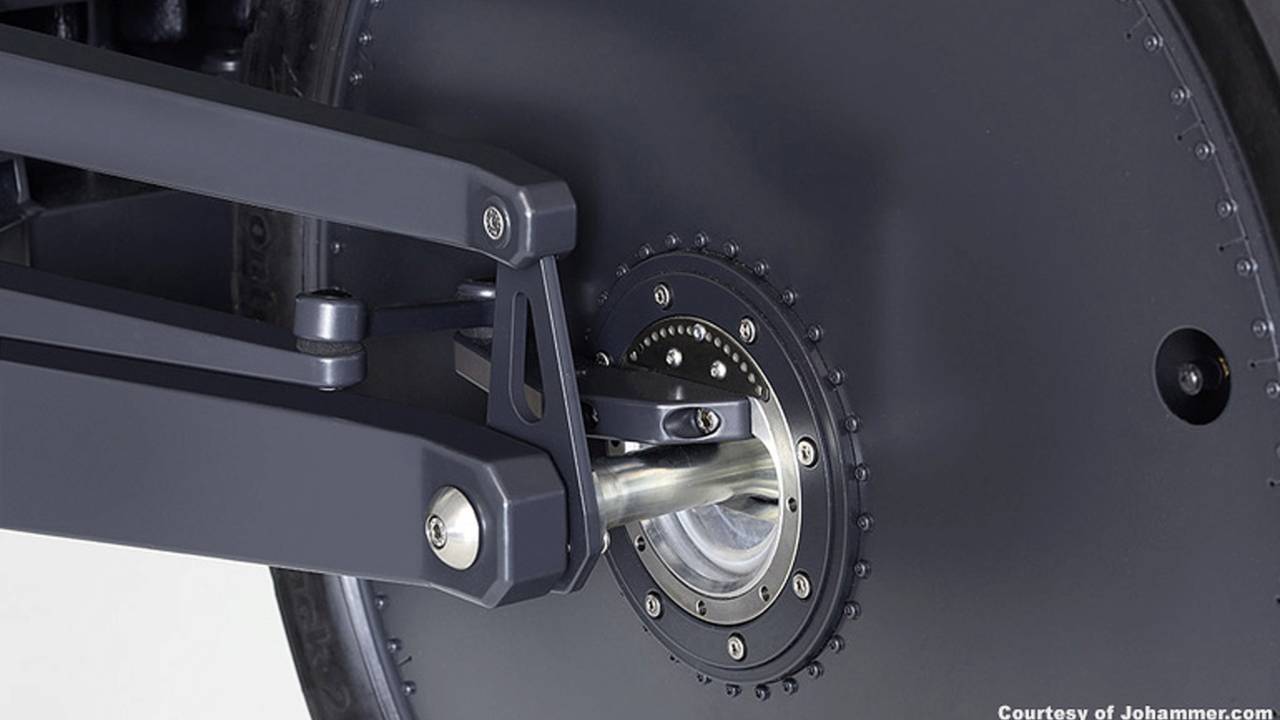 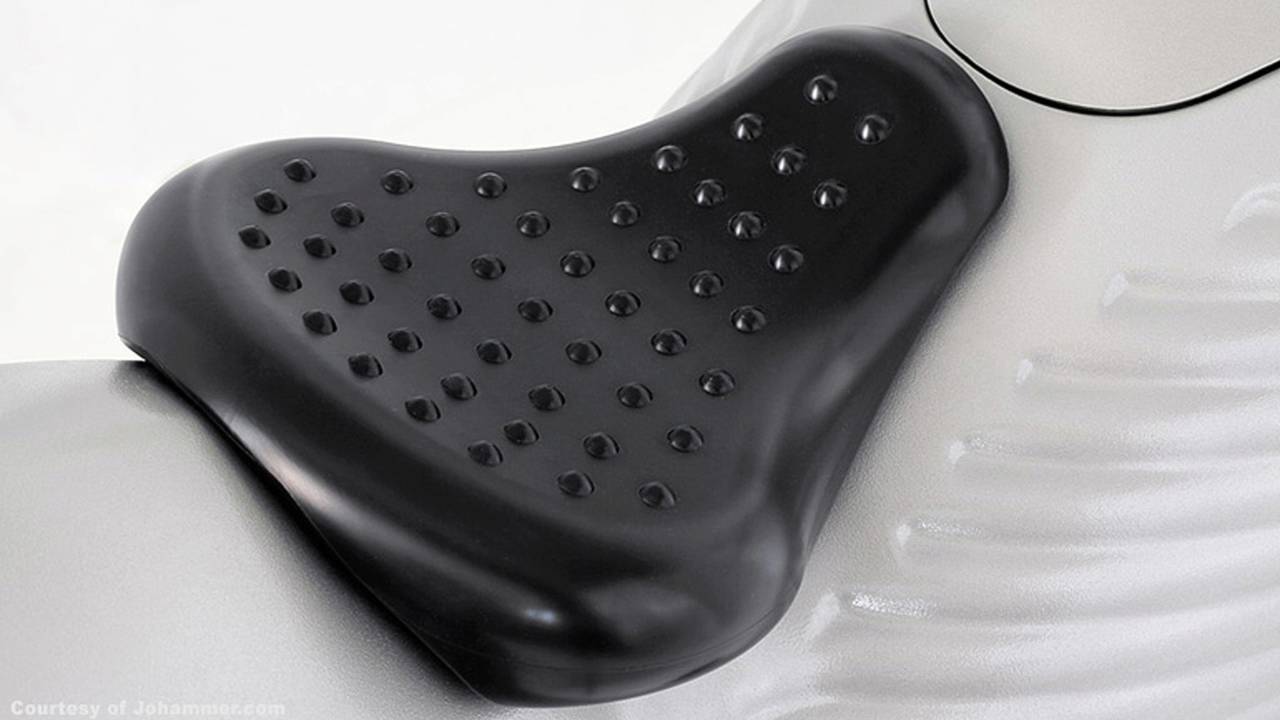 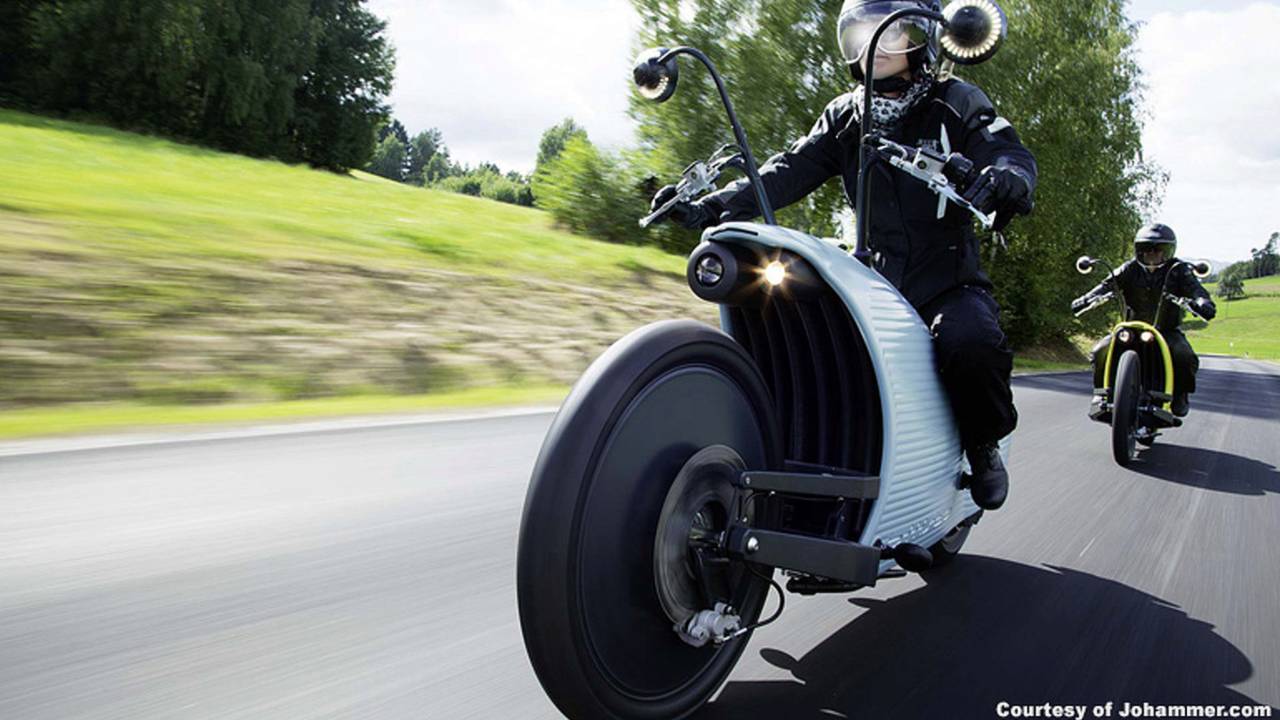