Ducati’s Hypermotard made an appearance on the U.S. television talk show Jimmy Kimmel Live, as part of promotion for the Italian brand’s participation in the upcoming feature film “CHiPs.” In the segment, filmed in Los Angeles, actors Dax Shepard and Michael Peña rode Ducatis into the El Capitan Theater on Hollywood Boulevard to perform a short stunt promoting the upcoming film. The two Hypermotards used were outfitted to resemble the look of California Highway Patrol motorcycles for the Kimmel taping.

The movie, slated to be released in the US and Canada on March 24, 2017, focuses on two California Highway Patrol police officers, and is a remake of the popular television show. The film was directed by Shepard, who also stars alongside Peña as characters Jon Baker and Frank ‘Ponch’ Poncherello, respectively.

While the old “CHiPs” TV series was the butt of many jokes back in the day, for everything from lame scripts to amateur acting to the cops going down the road on bikes fixed to a trailer, the forthcoming feature is played strictly for laughs. The clip shown indicates an action/slapstick comedy complete with explosions, stunt riding and male junk jokes.

Written by, directed and starring Dax Shepard (a good comedic actor with the exceptionally good taste to be married to actress Kristen Bell), co-starring funnyman Michael Peña, “CHiPs” may well be the moto-comedy hit of the spring season.

For those of you who might prefer an authentic, nostalgic reboot we included one of the original epic chase scenes from the very first CHiPs TV Show, just for fun. 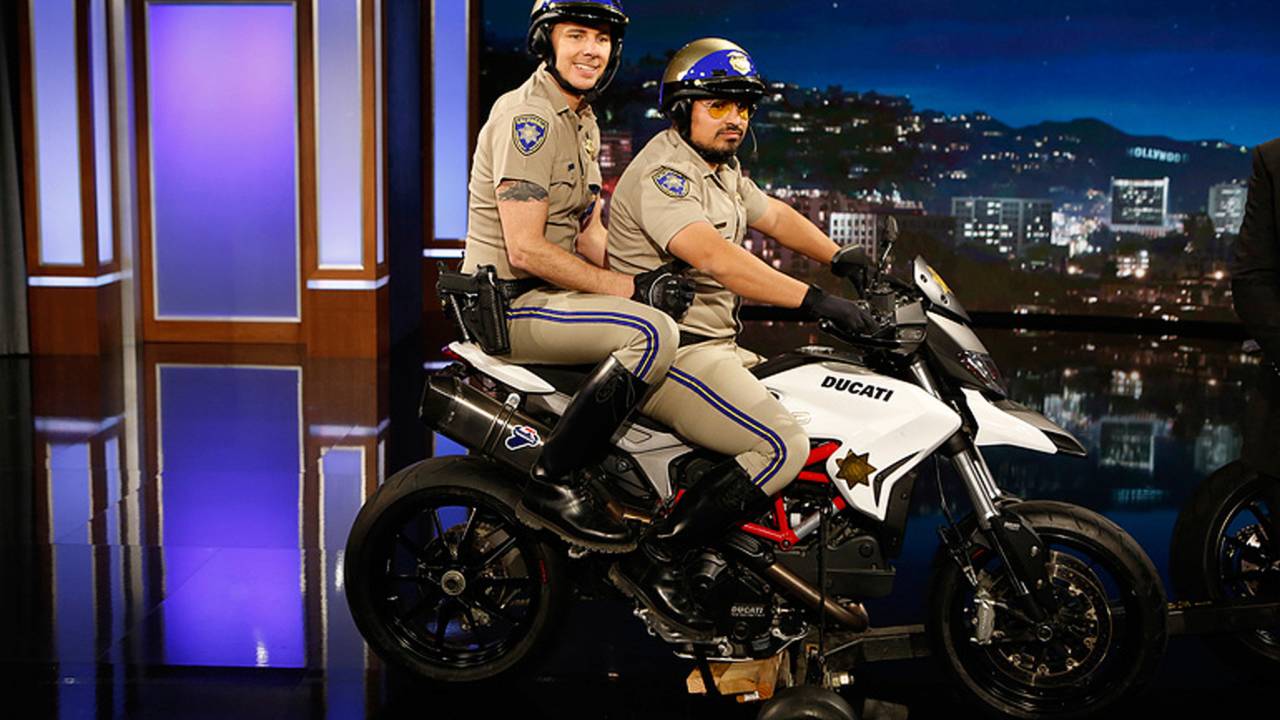 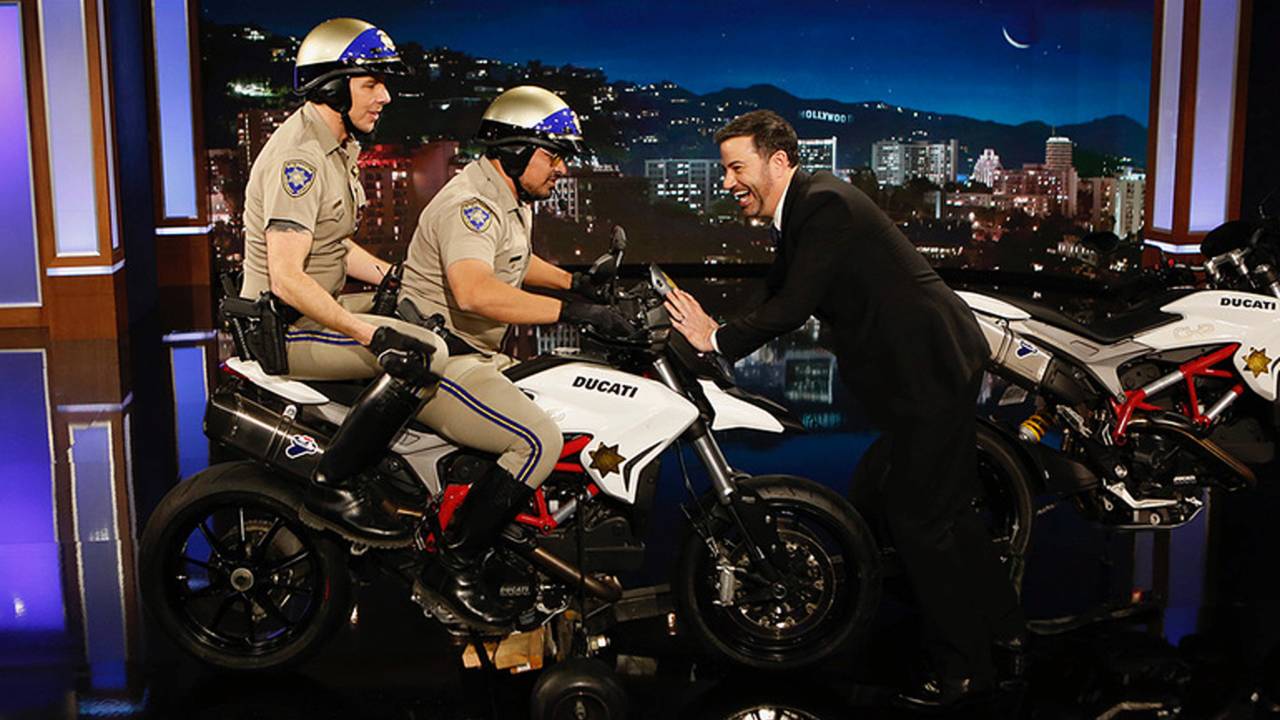