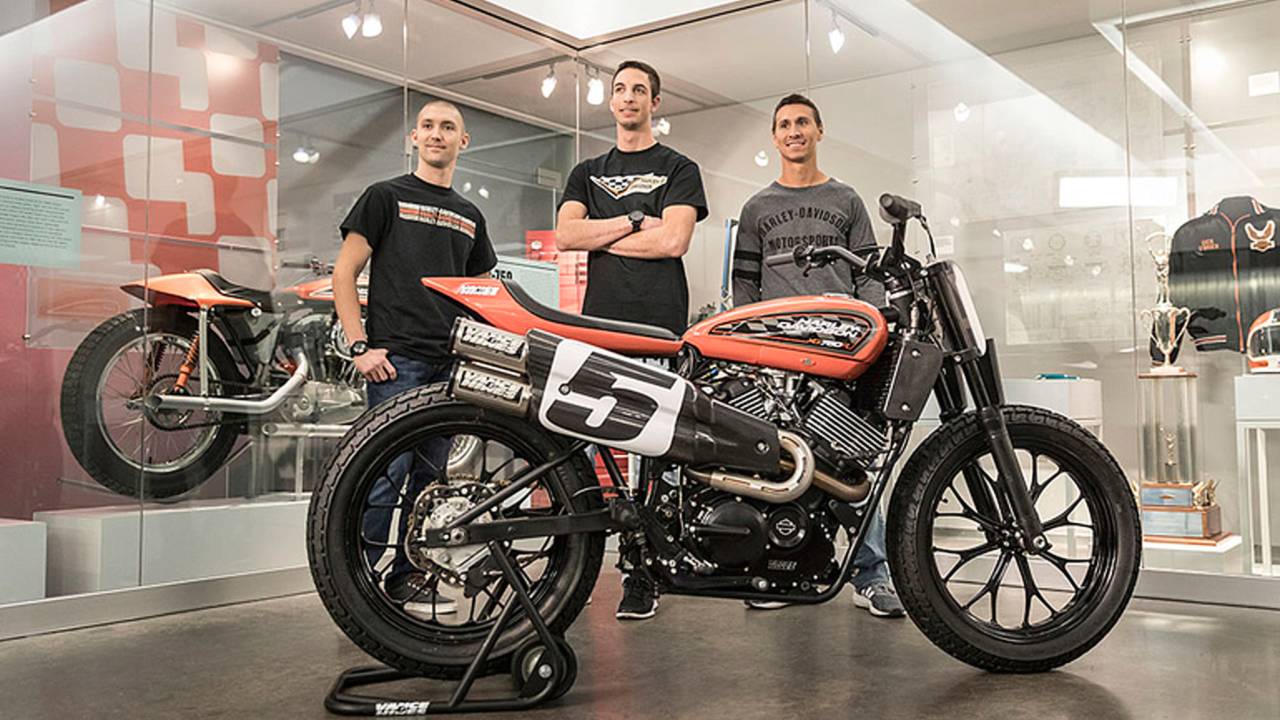 “This edition of the Harley Factory Team will bring unmatched savvy and experience to the track,” said Harley-Davidson Vice President and Managing Director U.S. Mike Kennedy. The team will field a fleet of Harley XG750R bikes with a custom chassis purpose-built for flat track racing, the XG750R flat tracker is powered by a race-modified, liquid-cooled, fuel-injected 750cc Revolution X engine originally engineered for the Street 750. The chassis and engine have been developed by Vance and Hines Motorsports.

A three-time AMA Pro Grand National champion (2006-2008), the veteran Coolbeth has won 36 times in the Grand National Championship, more than any active racer in the series. Coolbeth claimed three consecutive titles while racing for the Harley-Davidson Factory Team from 2006 to 2013. Aboard the Zanotti Racing Harley-Davidson XR750 in 2016, Coolbeth won at the Springfield Mile and finished seventh in points. He was named the Rookie of the Year in 1994 and won his first Grand National race in 2002. Coolbeth is 39 years old and lives in Center Hill, Fla.

Jake Johnson won consecutive AMA Pro Grand National Championships (2010-2011) on Zanotti Racing Harley-Davidson XR750 motorcycles and has won 20 times in the Grand National Championship since moving up to the top pro class in 2002. In 2016 Johnson won on the Daytona short track and was fourth in the season standings. Johnson won the AMA Pro Singles class championship in 2006 and 2008 and was Rookie of the Year in 2002. Johnson is 32 years old and lives in Coatesville, Pa.

Brandon Robinson enjoyed a break-out season in 2013 with seven top-five finishes and three victories, including a sweep of both races on the Springfield Mile. In 2016, Robinson piloted the Kennedy Racing Harley-Davidson XR750 to his fourth career victory with a win on the Lima half-mile, notched two additional podium results and finished third in the point standings. As an amateur, Robinson won the AMA Twins Expert class championship in 2008. Robinson is 26 years old and lives in Oxford, Pa.