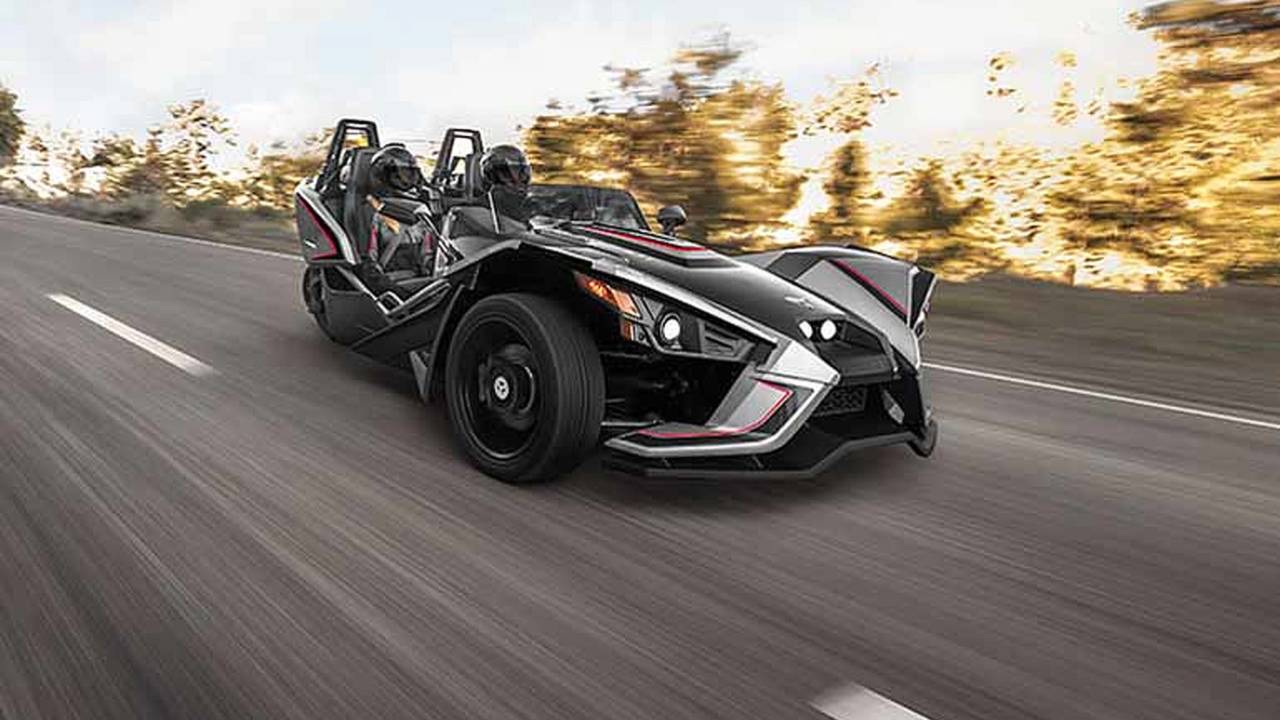 New Mexico, Oregon, and Oklahoma move to reclassify driving requirements for three-wheelers like the Polaris Slingshot.

Polaris recently announced that New Mexico, Oklahoma, and Oregon have joined the 30 other states that don’t require a motorcycle endorsement to operate so called "autocycles" like the three-wheeled Polaris Slingshot. This marks another victory for Polaris in its nationwide campaign for consistency in licensing requirements for its vehicles.

“Because of the unique, three-wheeled configuration and characteristics of the vehicle, determining how to classify the Polaris Slingshot, which Polaris classifies as a three-wheeled roadster or 'autocycle,' has been a challenge for many state governments,” Polaris stated in a recent press release regarding the decision.

Since the Slingshot does not feature handlebars or a twistgrip but is controlled via a steering wheel and five-speed manual transmission, and and has side-by-side bucket seats, it perhaps makes sense that the vehicle deserves a unique classification.

"We are proactively educating state officials about the characteristics and unique attributes of the Slingshot. As we do this, they are realizing the licensing requirements for the roadster share more similarities to a car rather than a motorcycle," said Slingshot Marketing Manager Rachael Elia. "Our goal is to gain a unified classification across the country to provide more opportunities and driving freedom for consumers looking for the ultimate thrill experience that the bold three-wheeled roadster offers."

In a related promotional effort, Polaris announced the Slingshot as an official sponsor of the second annual Nitro World Games in Salt Lake City.  The games, being held at Rice-Eccles Stadium on the campus of the University of Utah, will be aired live on NBC on June 24, 2017. A custom Slingshot will be awarded to the athlete performing the best trick, to be judged by actions sports luminaries Travis Pastrana, Tony Hawk, and Todd Richards.