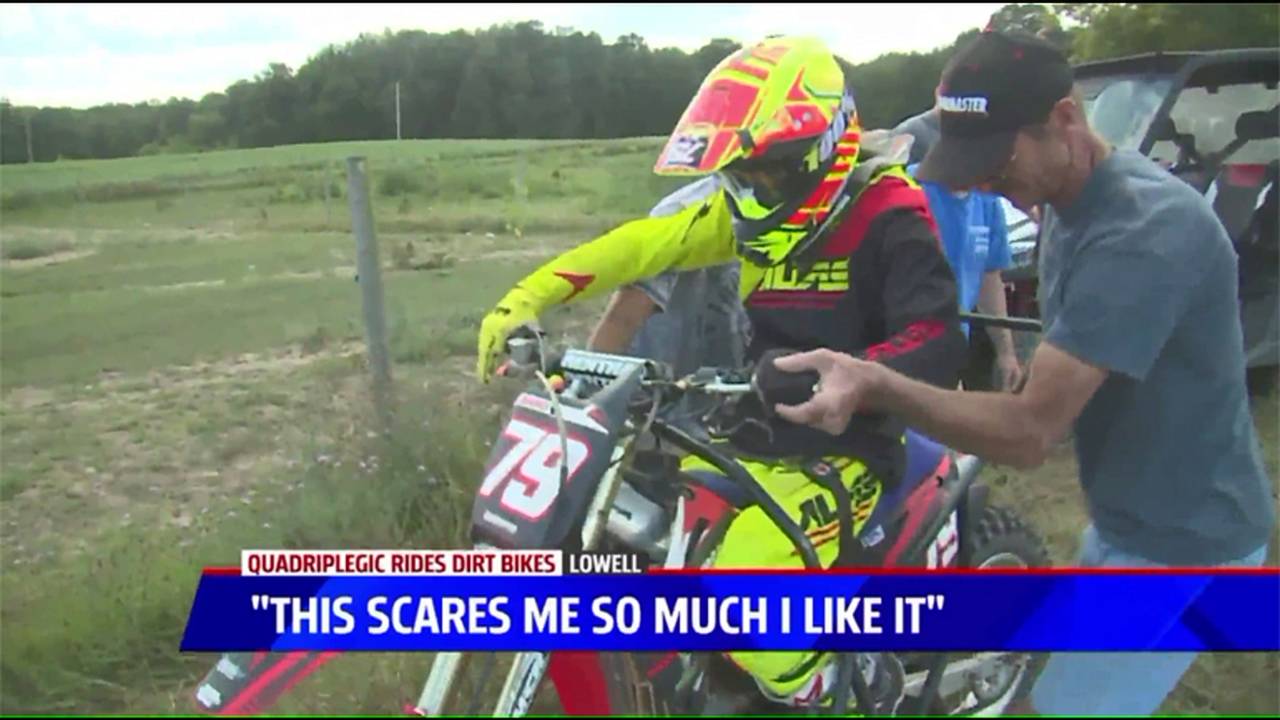 Danny Baird of Lowell, Michigan, was nearly killed in a dirt bike accident four-and-a-half years ago. The injuries changed his life forever, but he refused to let them stop him from riding motocross.

Although Baird is paralyzed from the armpits down, he’s back on a dirt bike and determined to stay there put him in a wheelchair and nothing's holding him back.

"My dad got me on a three-wheeler when I was like 3 years old and then I moved up to a little PW-50," he said in an interview with Fox 17 News. "I started racing when I was four. I do it all," said Baird. "I drag race, I motocross, I hill climb."

He remembers the 2012 accident vividly, when he crashed and the bike came down on top of him.

“I remember laying there and instantly I knew what was up," said Baird. "I couldn't feel my feet. I'm not sure what they call it, a complete spinal cord injury or something? I don't even really care what they call it. I am what I am and I just make the most of it."

What for most people would be an injury completely eliminating nearly all physical activities was just another obstacle for Baird to overcome.

Four months ago he got back on a bike for the first time, now with seat belts and a cage around his legs.

“It was weird because even though it's been like 4-and-a-half years, my body still remembers everything that you should do, like seat bouncing when you jump," said Baird. "I just have to figure out how to do it differently. Motocross is like the most physically demanding sport in the world. You use every muscle in your body. It's really hard, but it seems like I'm figuring out how to do it the more practice I get."

He’s now competed in several events, most recently in Sturgis, South Dakota. "I got second place in the four stroke class," said Baird. "That's a hell of an achievement for me."

"This scares me so much I like it," said Baird. "You know that feeling you get when you go on a roller coaster like you get in your stomach? Well I can't feel anything below my armpits, but I can still feel that feeling like when I'm flying."