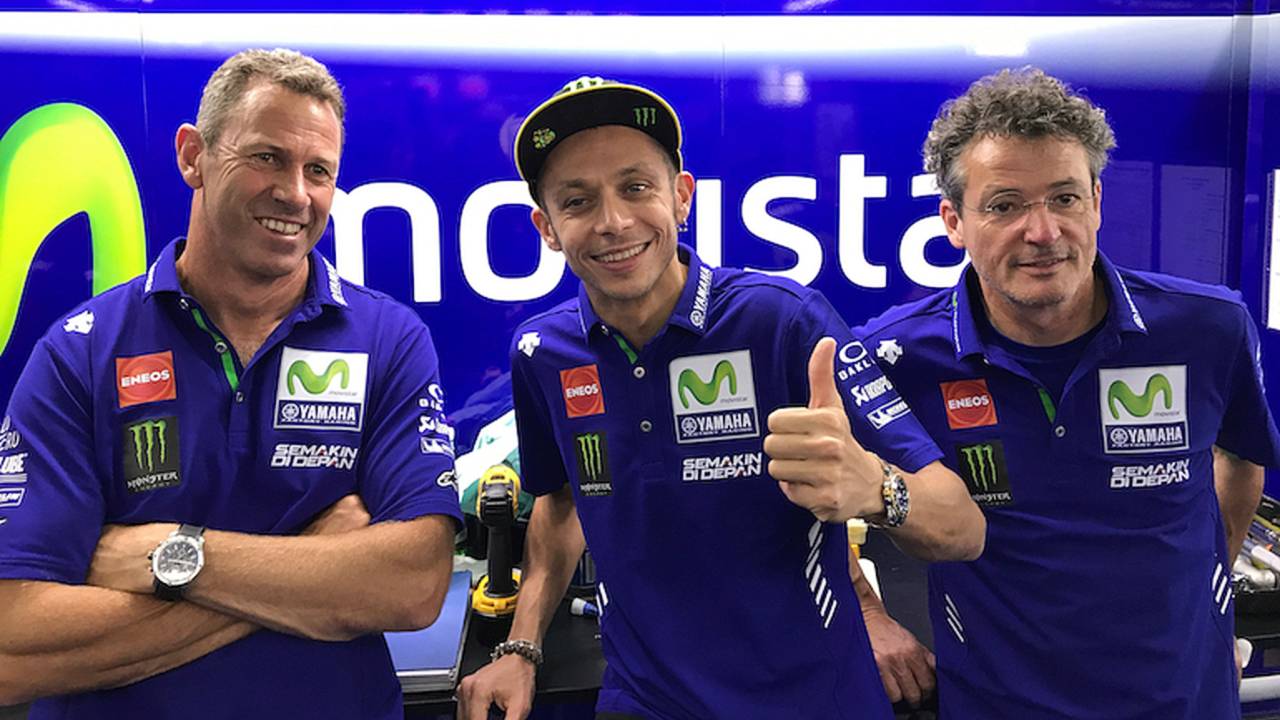 The Movistar Yamaha MotoGP Team will start round 14 of the MotoGP World Championship with their original rider line-up. Valentino Rossi successfully completed a mandatory medical examination carried out by MotorLand Aragón's Chrief Medical Officer, Clemente Millan. He declared that the nine-time World Champion is fit to ride, 21 days after breaking his leg in a dirt bike crash. Rossi will take part in the first free practice on September 22.

The doctors initially estimated his recovery period at 30 to 40 days. While the consensus among most MotoGP railbirds had Rossi recuperating at least until the Japanese Grand Prix in October, some, including this reporter, predicted that he would ride in Spain. (I really want to put a "The Doctor" joke in here, but I can't figure out how. -Ed.)

“Bet he misses only one race,” I said publicly in printed pixels. Call me Uncle Smugly.

The former champ did miss his home round at Misano, but just couldn’t abide sitting out the Aragon round which is the home race for his team, Movistar Yamaha MotoGP. Although still in some pain from the operations on his right tibia and fibula, Rossi made 20 practice laps at Misano and had a medical check-up afterwards. He then flew to Spain hoping to get the official medical clearance yesterday, which he accomplished.

While Rossi’s chances for another championship are slim to none – he's 42 points down on leaders Marc Marquez and Andrea Dovizioso – he’s a racer born and bred. The 2017 MotoGP season has five races remaining on the schedule. Rossi’s final decision will come after the 45-minute practice session. Should he decide not to carry on, his ride will be taken by Yamaha World Superbike rider Michael van der Mark.

Rossi's critics will no doubt squawk about a foolhardy attitude, or needlessly endangering other riders by competing so soon after a serious injury. On the other hand, his courage and determination recall an earlier era, when AMA National Champion Dick Mann forced a boot on over his cast to race flat track. Go Valé!