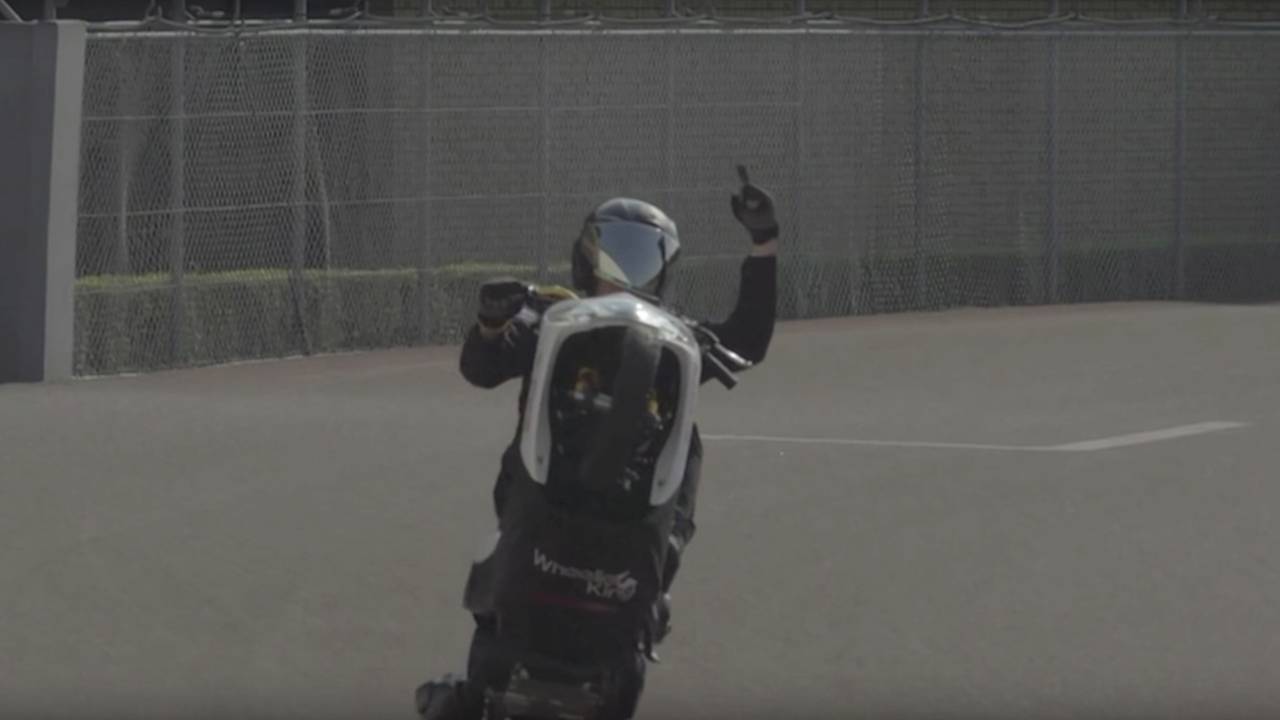 A Japanese man has set the world record for riding a scooter on just one wheel. You may not believe how far he managed to ride.

Abe set the record this week at the Kawaguchi Auto Race circuit, north of Tokyo. The previous record, set 25 years ago, was 205 miles.

Abe is also known for aviating the front wheel from a dead stop and riding pirouettes until the fuel tank runs dry. Which raises (but doesn’t beg) the question, how did he maintain the record wheelie for such a distance without running out of dino juice? Simple. A support vehicle riding alongside provided him a fuel container that plugged into a quick-release dry coupling on the handlebar.

Abe had been aiming to travel a full 372 miles, or 600 km, but had to call it quits after 13 hours in the saddle because the discomfort of maintaining a wheelie had become too much for him to tolerate.

"That was the most pain I’ve ever felt. Both of my arms were numb from the pain and I had lost feeling in them," Abe reportedly said afterward. "My vision was blurred... I was only partially conscious. I was completely dehydrated. I’d never experienced that before."

Mono-wheeling records seem to be increasingly popular. Readers will recall world trials champion Dougie Lampkin riding the 37.4-mile Isle of Man circuit on the rear wheel last year. Then there’s the wheelie speed record, set by Dutchman Egbert van Popta last year at 213 mph. Should you be tempted to try this at home, you didn’t read it here first.