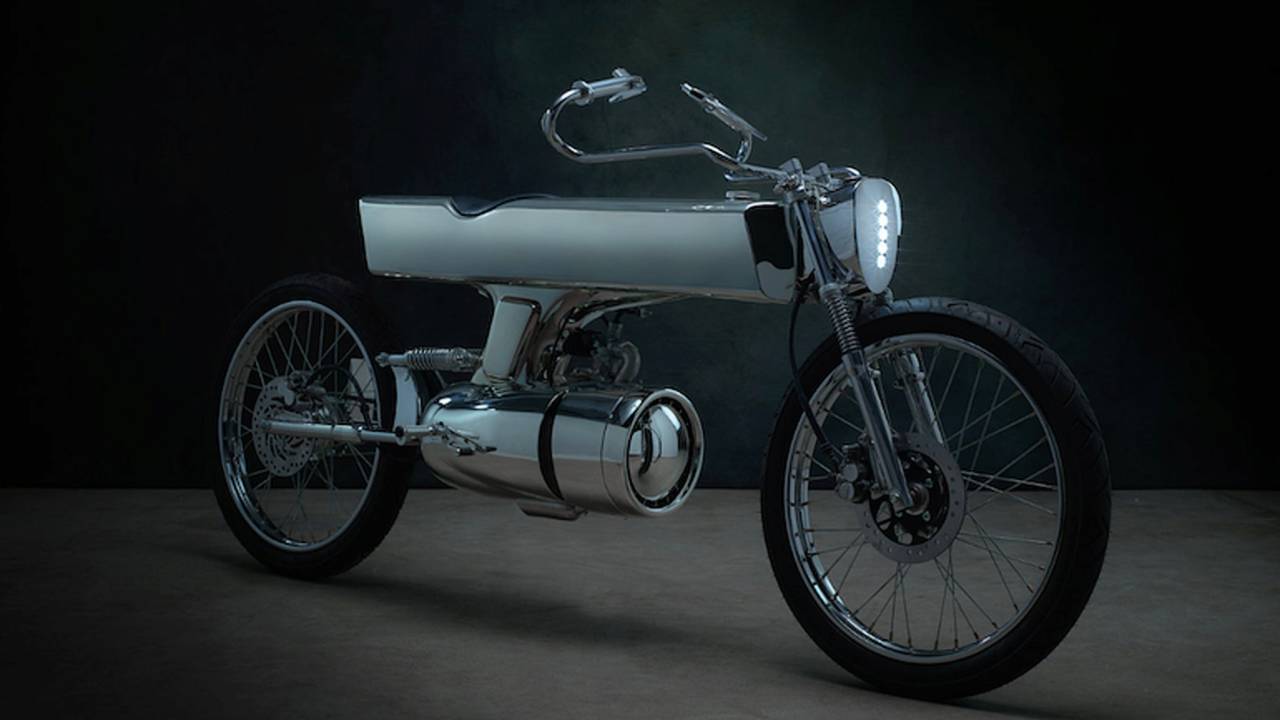 The new “L Concept” sports a powertrain based on the USS Enterprise, an array of LED’s, and some of the wackiest hand-controls ever to grace a motorcycle.

For years Bandit9 has been creating highly stylized motorcycles that never fit squarely into any one particular genre. The company's latest work, a very strange machine called the “L Concept”, is no different. The shop churned out just nine examples of these unique creations, which were created as a throwback to the space age designs of the mid 20th century.

“It wasn’t about building something futuristic or creating the next thing,” says Bandit9 founder and chief designer Daryl Villanueva, “It was about bringing to life something you’d only see in the pages of comics or in an episode of Star Trek.”

Villanueva started working on the project two years ago, but determined that he and his shop didn’t yet possess the skills required to bring the design to fruition and shelved it. Fast forwarded to 2018 and the shop has gotten a few more builds under its belt, and Villanueva felt now was the time to make the L Concept a reality.

All the stainless steel components were designed and made in house by Bandit9;

The L Concept is powered by an air-cooled, 125cc, four-stroke single married to a four-speed transmission, all suspended in a pod beneath the L Concept’s frame. The powertrain’s cover was inspired by the reactor of Star Trek’s USS Enterprise, and houses the build’s custom intake and elaborate exhaust system.

“It was tough to manage the shape and the angle to perfectly underneath the cover. It looks like nothing but that alone is a nightmare to make,” Villanueva relayed.

The suspension on the sci-fi scoot features a custom swing-arm linked to an unusual dual-spring system laid out horizontally, resembling something closer to your average monoshock setup. The front end sports custom forks and a custom stainless steel cowl housing a custom speedo and a stacked penta crystal white LED (6,000K) headlight. Atop the forks is a set of “Scout Speeder” handlebars with custom switches, and handmade aluminum grips and levers.

Above the engine rests the L Concept’s stainless monocoque tank and tail unit capped off with an Italian calf-leather saddle. The tail section also supports the bike’s square taillight, which consists of 45 micro LEDs covered by what Bandit9 calls a “Pantheon Rear Grill”. The tail light has integrated turn signals, while the indicators up front are two small units wrapped around each fork residing on both sides of the cowl. The bike also boasts custom foot controls which cleanly attach to the back of the reactor-shaped engine case, disk brakes, and 21-inch spoked rims fore and aft.

According to Bandit9, the L Concept has a top-speed of almost 70 miles per hour. The L Concept is available for sale for $10,950 including free door-to-door shipping and as of the time of writing this, five of the nine examples built have already been sold. For more info on Bandit9’s L Concept or to inquire about purchasing your very own example, you can check out the shop’s page for the bike on its website.