All wheel drive motorcycles are by no means a new concept. While the best known AWD moto company is probably Christini, there are other operations experimenting with supplementary front-wheel drive. The latest of these efforts comes from a boutique company in Germany known as Allrad Motorrad, which has recently pulled the cover off a pretty bitchin’ home-brewed, KTM-powered, AWD ADV machine. 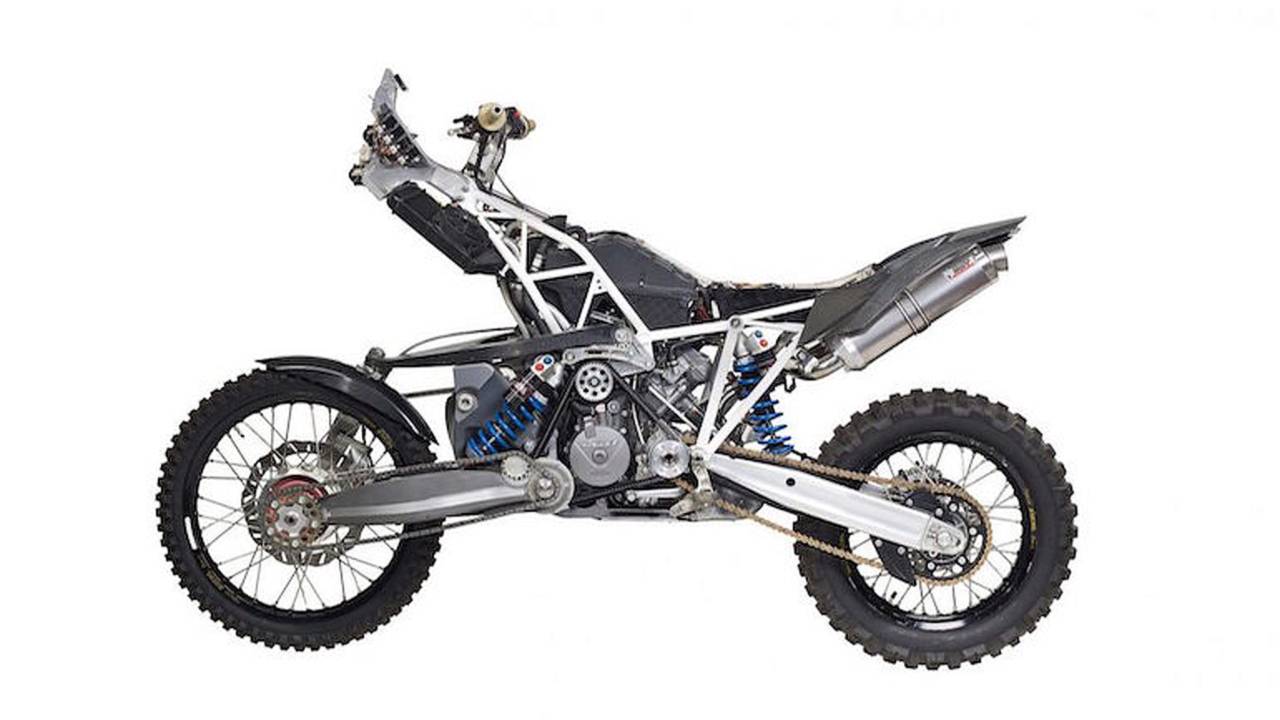 Dubbed the “Projekt DT-A”, it is reportedly the result of a decade of development. In fact, according to Allrad, aside from the KTM mill, rear wheel, swingarm, and brakes, almost every piece of the DT-A was designed and created specially for the project. That makes sense when you consider the unorthodox setup, operation, and function of the DT-A which sports a powered front-wheel guided via a front-swing-arm. Allrad claims the new front-end actually boasts even sharper performance than the standard telescopic unit it replaces. In a nutshell, the steering axis uses a pair of ball-and-socket joints with one above the wheel and the other in the hub. 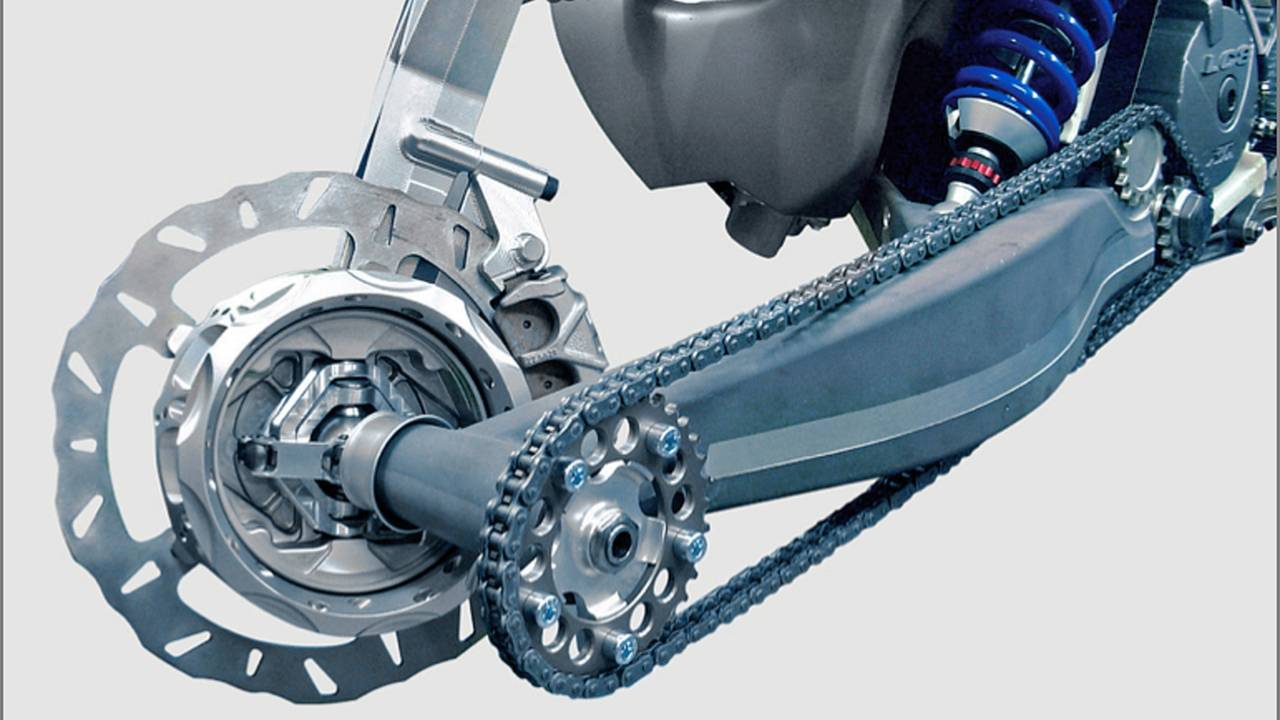 If the machine detects rear-wheel slippage of more than five percent, power is then transferred to the front-wheel. The result is a high-performance off-road bike, albeit one that definitely takes some serious getting used to. Unlike your typical dirt-goer, the DT-A quite literally goes wherever you point the front-wheel, even in loose dirt, mud, sand, etc. Making the machine that much more impressive is that it supposedly shaves almost 90 pounds off of the KTM donor, largely thanks to the lightweight, triangulated tubular frame and a liberal use of carbon fiber. 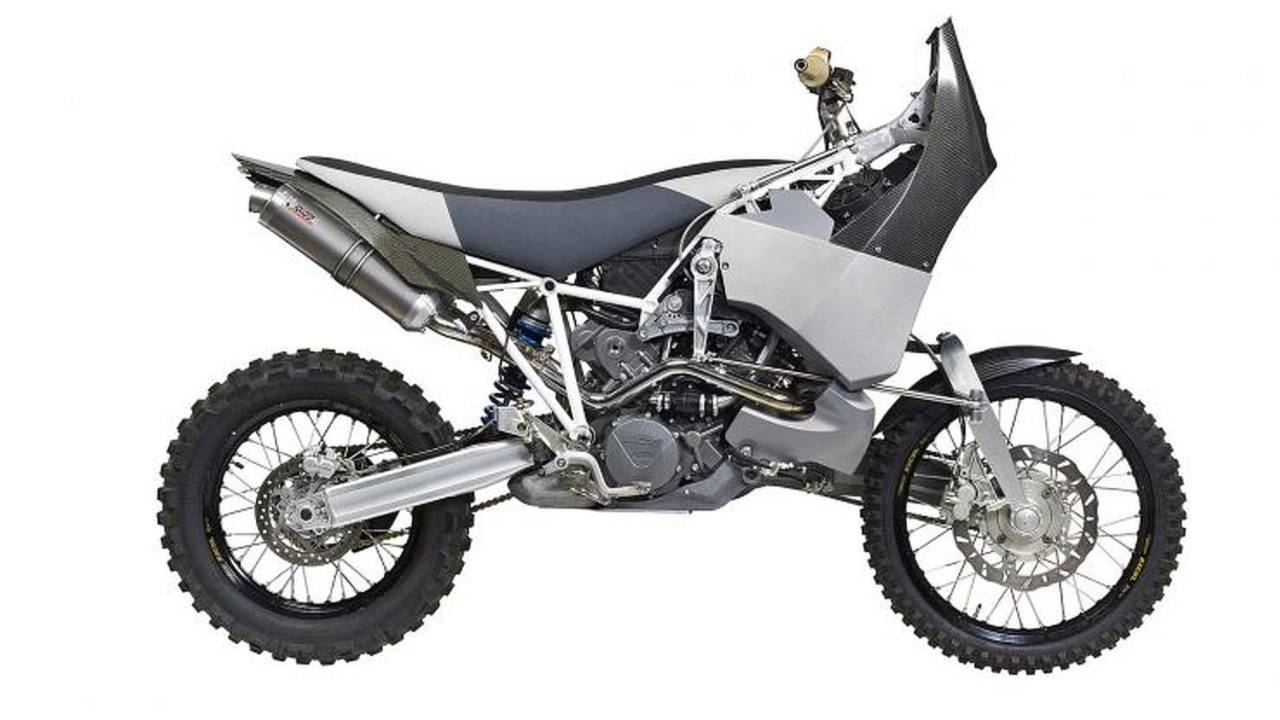 But the “Projekt” is more than just mechanical, it sports an array of one-off cosmetic elements as well. To keep weight down, the machine’s seven gallon fuel cell (or fuel cells rather) are made of a lightweight Aramid honeycomb sandwich while the DT-A’s bodywork, and tail section is comprised of a carbon honeycomb sandwich. To spice up the AWD mount’s appearance a bit more, the front-swing-arm uses trick, artificially-aged aircraft aluminum alloy. The concept boasts a rally racer aesthetic up top, while below the unorthodox, dual-swing-armed mechanical setup is on full display. 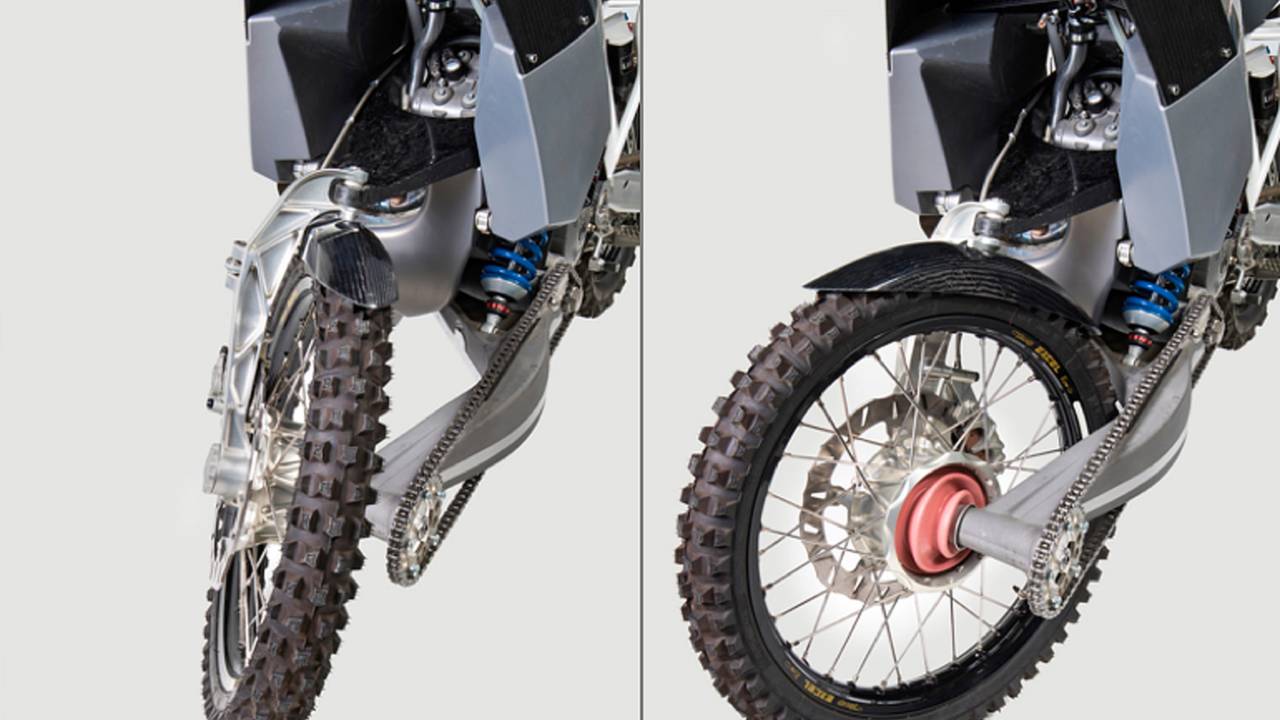 Detailed shots of the bespoke AWD's swing-arms and wheels

The DT-A is the brainchild of Guido Koch, a mechanical engineer by trade as well as an avid ADV enthusiast who has already had a patent granted for the DT-A in Germany and has one currently pending in Europe. With the concept all ready to go, all that Koch needs at this point is funding and customers. If all goes according to plan, Christini may have some competition down the road. For more info on the DT-A, or for a more thorough explanation of its mechanical functioning, you can click here to check out Allrad Motorrad’s website.