Many of today’s big-bore Adventure bikes leave something to be desired in the off-road performance department. That's because, like many pickup and SUV drivers, a lot of ADV bike owners simply dig the rugged looks of the beefy machines more than they have a practical need to own one. Germany’s Hessler Motorsports is well aware of this, and in an effort to off-roadify modern Suzuki machines—the marque Hessler exclusively builds kits and parts for—the company offers trick upgrade kits for machines like the V-Strom and DRZ ranges. The company’s latest offering is the “Desert Express Kit” for the current V-Strom 1000, and it’s hard to overstate how transformative this kit truly is. 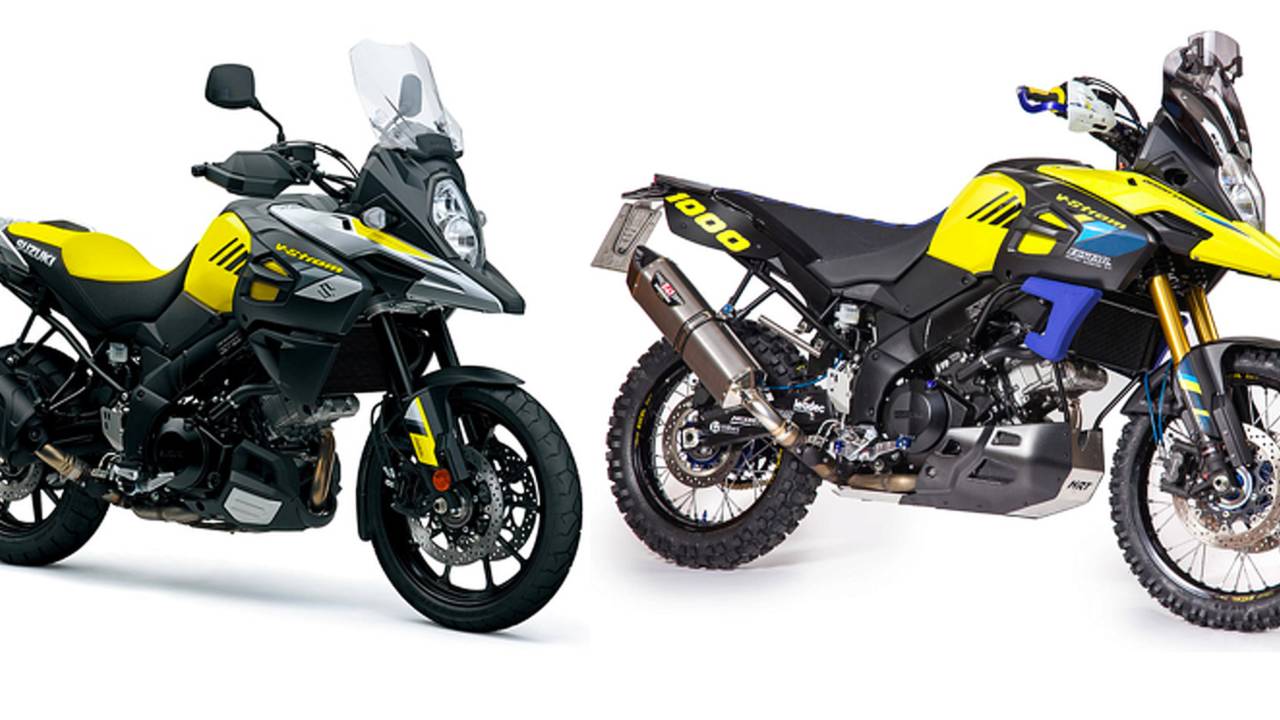 The kit starts by putting the big V-Strom on a crash-diet, replacing its stock battery with a lithium-ion unit, introducing a streamlined sub-frame, adding a narrower, lighweight, handmade Rally seat, and replacing the stock exhaust with a Yoshimura Signature R-77 Slip-On muffler. With a mirror delete, this weight saving program shaves a total of 35 pounds off the bike’s 514 pound curb weight. 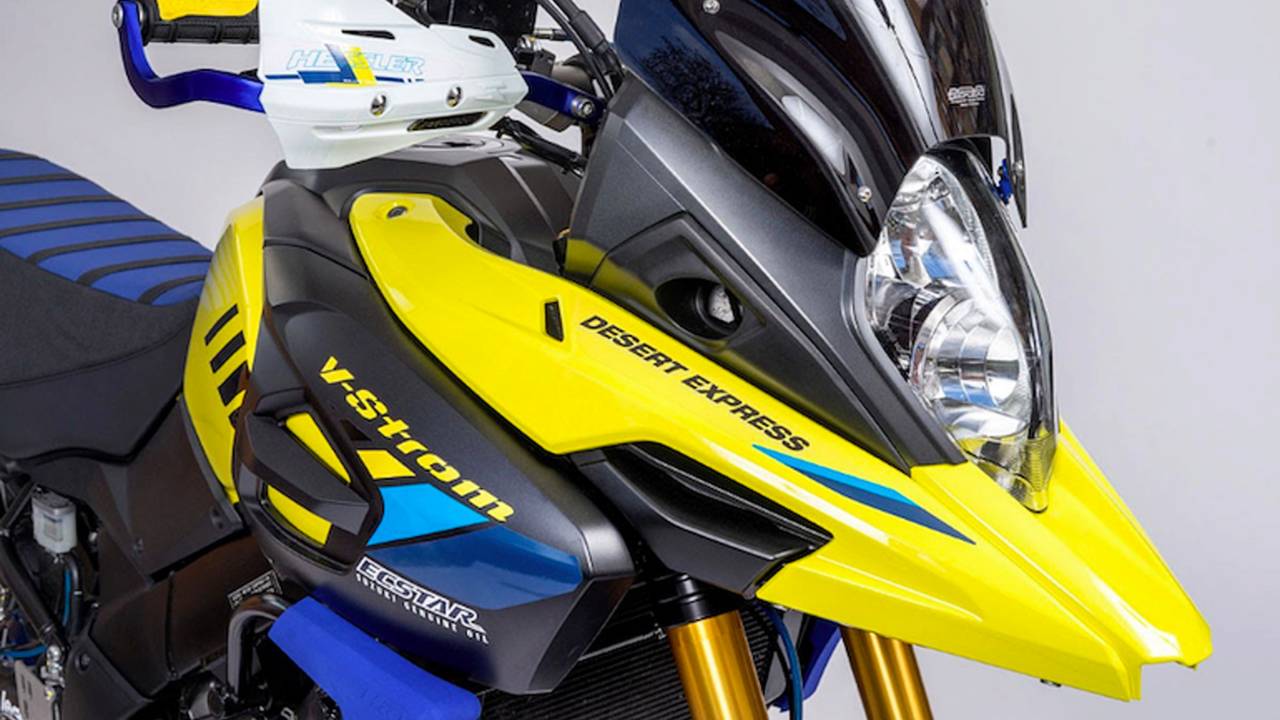 Then there's the suspension. The machine’s factory forks were jettisoned in favor of custom long-travel units filled with trick Wilbers internals and held together with equally trick CNC upper and lower triple trees—bearing an engraved “HRT” logo—replacing the stock cast unit. The rear suspension is also replaced with a Wilbers shock complete with adjustable high and low-speed compression. In total, the new hardware brings both the front and rear units’ travel to a respectable 8.7 inches. If that's not enough for you, Hessler also offers a hydraulic preload adjustment upgrade for an added fee. 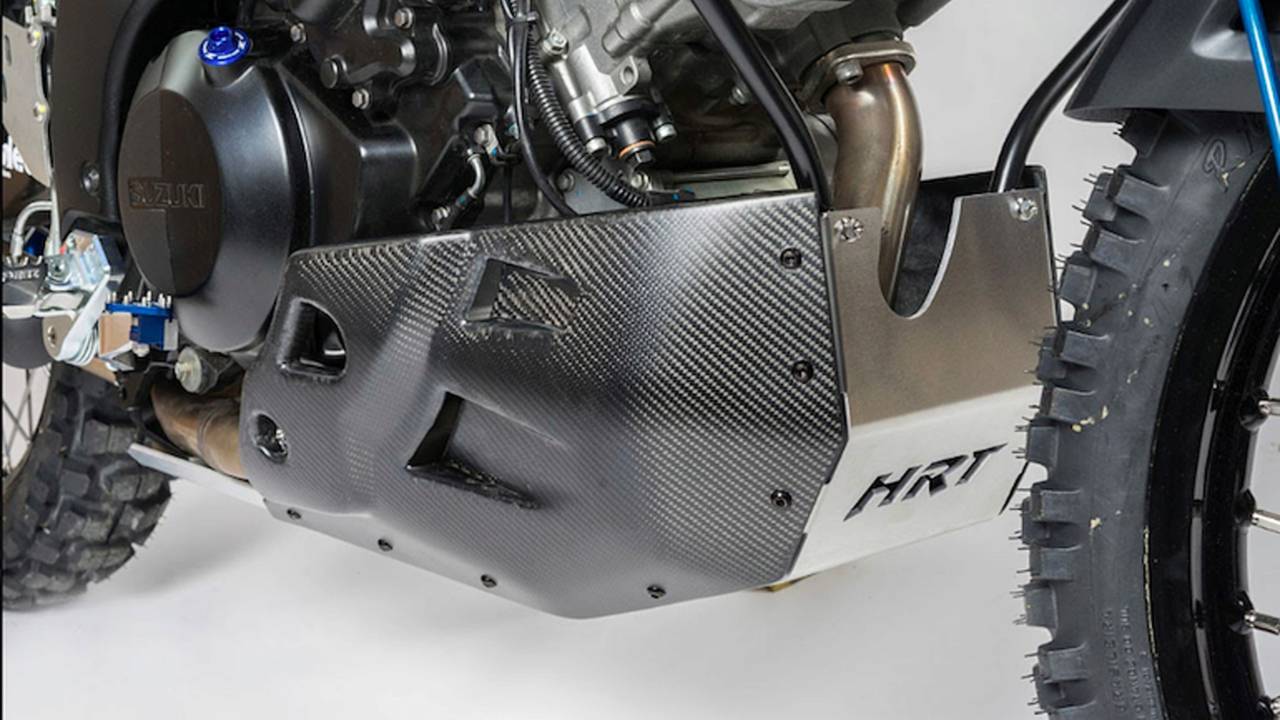 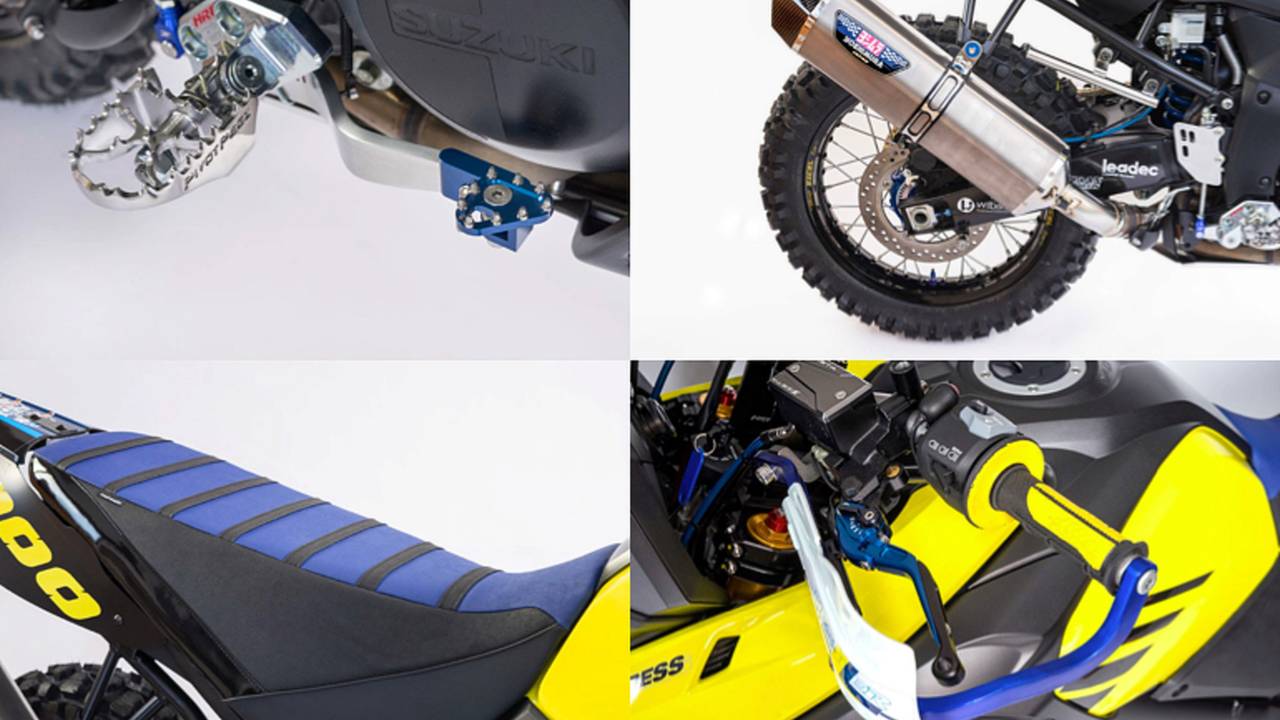 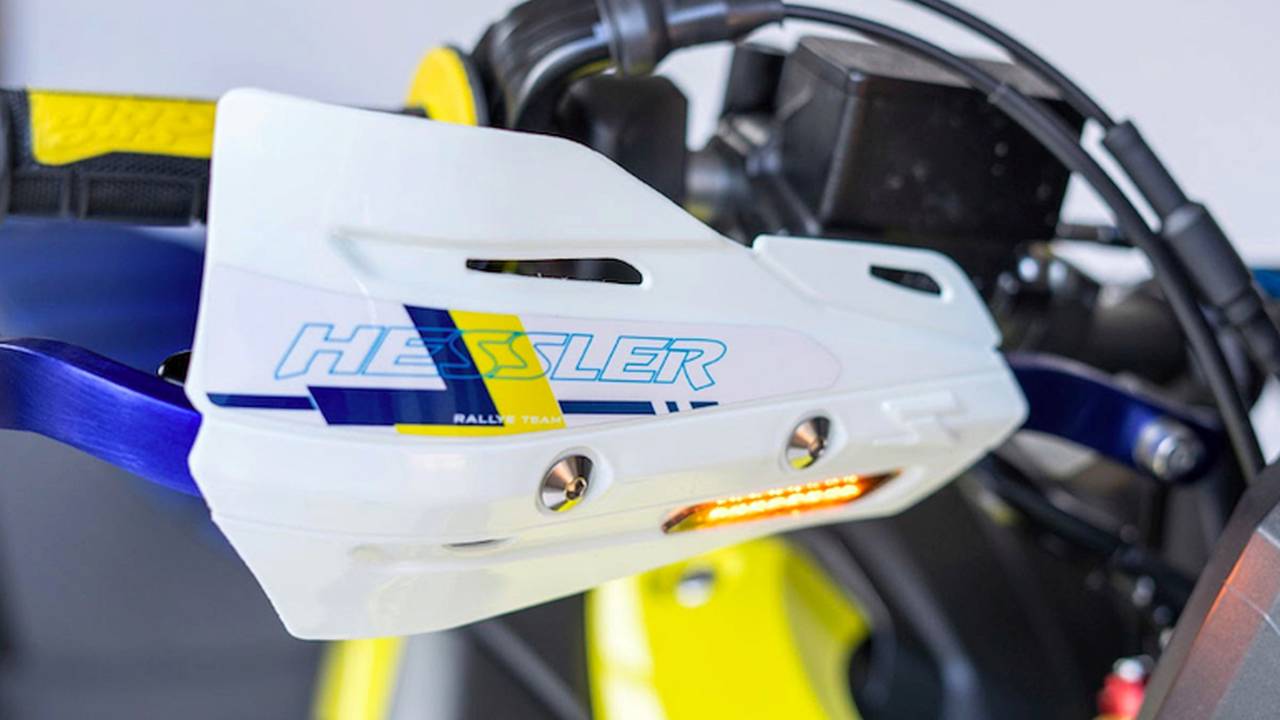 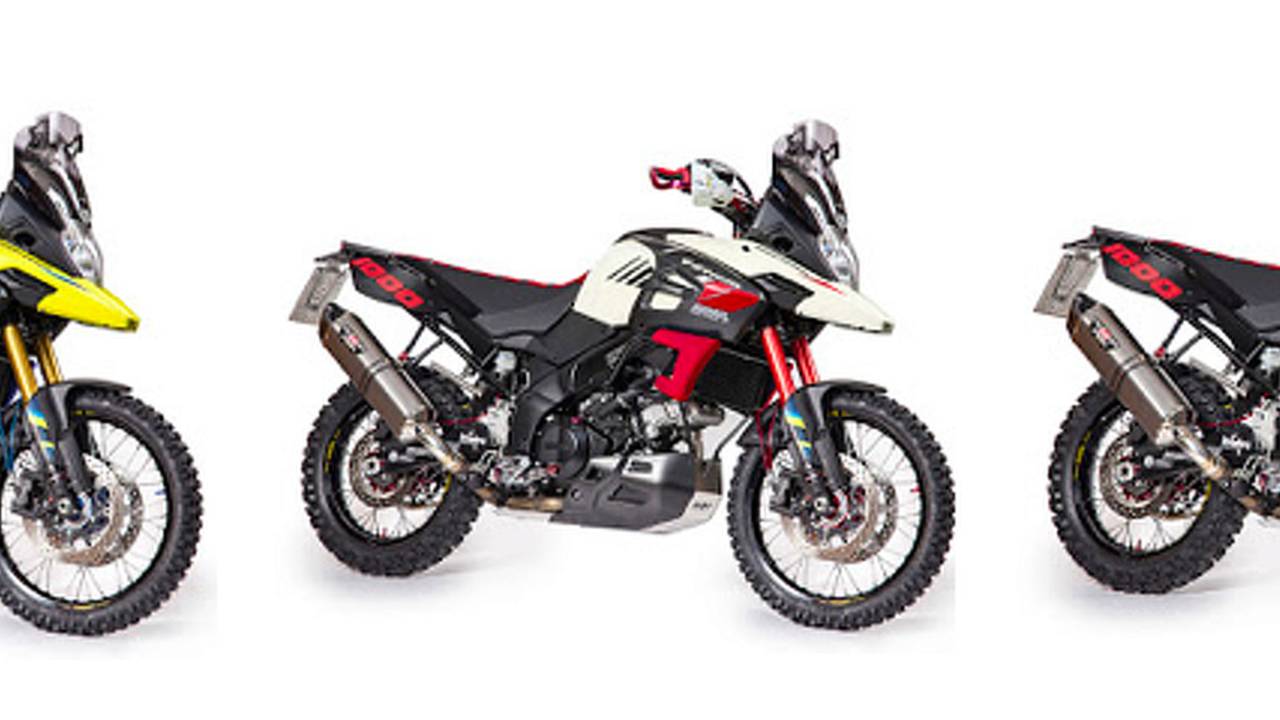 The new kit comes in three different colors combos, however they all sport the same graphics package