UN1T Garage: Transforming Beemers One Kit At a Time 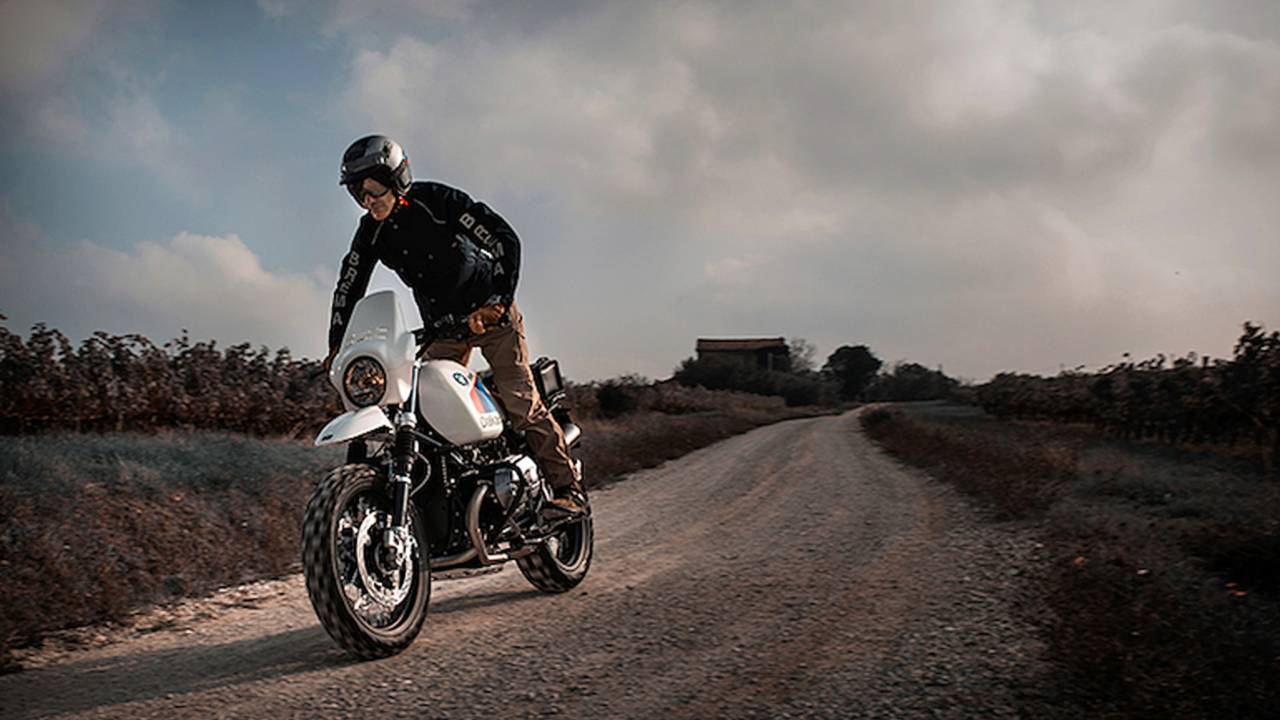 While BMW Motorrad is well known for churning out cutting-edge machines, the company is nonetheless steeped in a rich history. Having found repeated success in the world-famous Dakar Rally, the brand will almost certainly be forever tied to the hardcore off-road event. While BMW has released a handful of offerings to pay homage to its Dakar-winning racers, that seemingly wasn’t enough for Fabio Marcaccini and UN1T Garage who, for the last couple years, have been producing transformative aftermarket kits for a range of contemporary BMW models.

A photo of Fabio Marcaccini from the 1987 Dakar Rally

UN1T was founded by Fabio Marcaccini, an avid ADV rider who grew up in the motorcycle-centric town of Rimini, Italy. Once an experienced road-racer who had the honor of competing in the Euro 250 Championship for Team Italy, Marcaccini abandoned the tarmac in 1987 to try his luck racing in a little-known off-road event called the Dakar Rally. Because this was the pre-internet era, taking on the Dakar meant traveling to a distant and unknown land to negotiate anything and everything the arduous event has to throw at you. Despite the obvious difficulties involved in competing, after just one year, Marcaccini was hooked and he participated in the Dakar year after year.

Marcaccini describes UN1T Garage as a way of “combining his passion and work”. So after more than half-a-decade of running in the Dakar, he joined forces with industrial designer and motorcycle enthusiast, Michiel Verstockt. Together the pair started producing aftermarket parts and then eventually full kits out of a small shop in the hills of San Clemente, Italy. Since then UN1T Garage has grown, and along with it so did the number of products. It now even makes a couple kits for Moto Guzzi machines.

Aside from a few exhausts—which are admittedly some damn sexy exhausts that don’t cover up the single-sided swing-arm often hidden by big left-side-mounted pipes—UN1T pretty much exclusively produces cosmetic and protective parts. The kits range from a handful of pieces to jazz up an existing model, to complex packages consisting of dozens of individual parts. The one thing all of UN1T’s wares have in common is they boast an old-school flare and a heavy off-road vibe.

The individual parts that make up the 'sKrambler" kit

Like BMW’s motorcycles themselves, UN1T’s kits are on the expensive side. Like they say, you get what you pay for. As an example, UG’s R nineT PARIS DAKAR kit sells for $6,300 (€ 5.181,00). Like most bolt-on parts purveyors, UG offers its kits as whole packages, or the parts can be purchased a-la-carte. Each kit also gives customers the option to pick colors and parts for certain elements. Another cool touch is that most UG kits come with video instructions to make the installation of its kits that much easier.

For more info, to see more photos, or to order your own parts or kit, you can click here to check out UN1T Garage’s website.