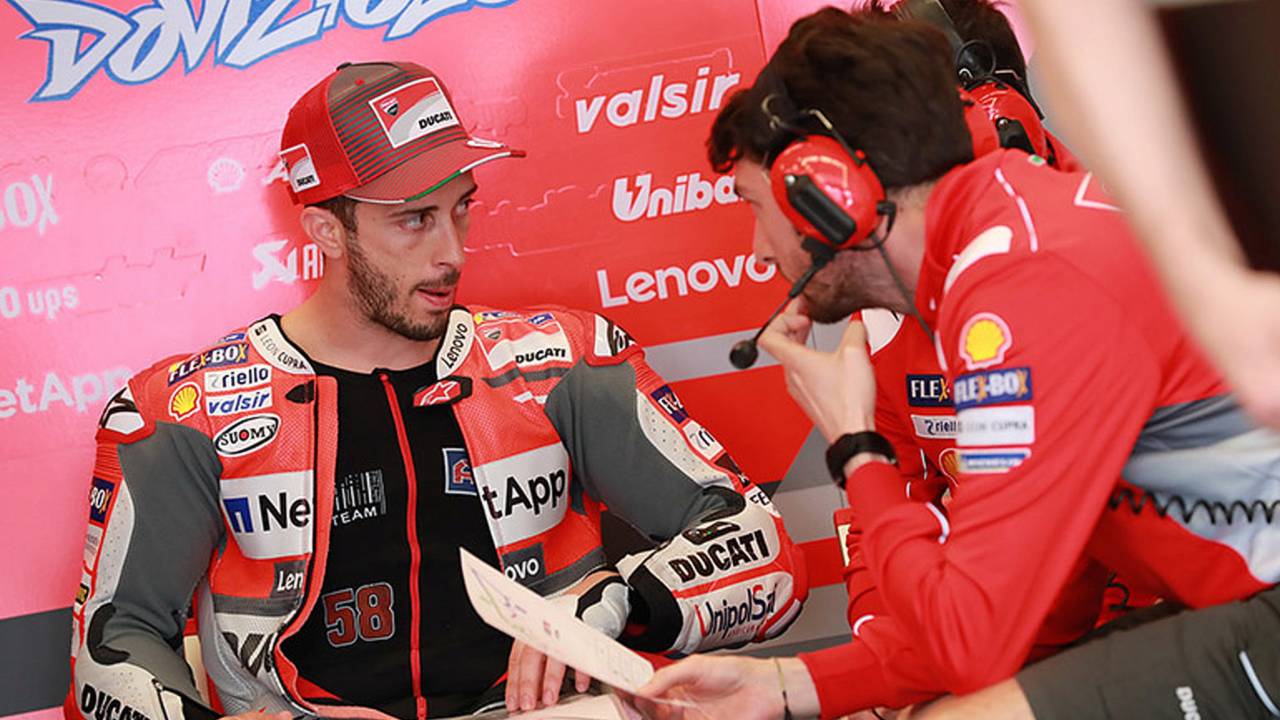 Currently on a contract worth 1/6th of his teammate Lorenzo's, who he's outperforming, Andrea Dovizioso wants a better offer from Ducati.

Dovizioso, who has been with Ducati since 2013 and finished runner-up to Honda's Marc Marquez last year, has a contact that runs to the end of 2018 - and has been in negotiations with the Borgo Panigale firm over an extension.

Team manager Davide Tardozzi said earlier this month that Ducati was confident of renewing Dovizioso's deal "soon" - but it has now emerged that the manufacturer's initial offer was turned down by the rider.

Dovizioso's agent Simone Battistella told Motorsport.com: "We are far. Here we've had a meeting with Ducati and finally we said we have to keep working to make Andrea feel comfortable."

The Italian has firmly established himself as Ducati's benchmark rider as of late, having won seven of the last 16 races, and currently leads the 2018 standings by a single point over Marquez.

Battistella continued: "The rider is not asking for something extraordinary, nothing impossible, just what he deserves taking into account the job that he's doing.

"But at the moment, we are not close to a deal."

Despite the initial offer being rejected, and the fact Dovizioso has been in talks with Honda and Suzuki, there is a wide acceptance in the paddock that the 32-year-old will eventually agree new terms with Ducati.

Dovizioso's current deal is understood to be worth under two million, compared to the 12-million salary of his championship-winning teammate Jorge Lorenzo - who has thus far come nowhere near matching the Italian's recent frontrunning form.

Lorenzo's continued struggles with the Desmosedici bike, paired with the fact Suzuki has made the Spaniard a primary target for next season, mean letting Dovizioso leave would appear unthinkable for Ducati.