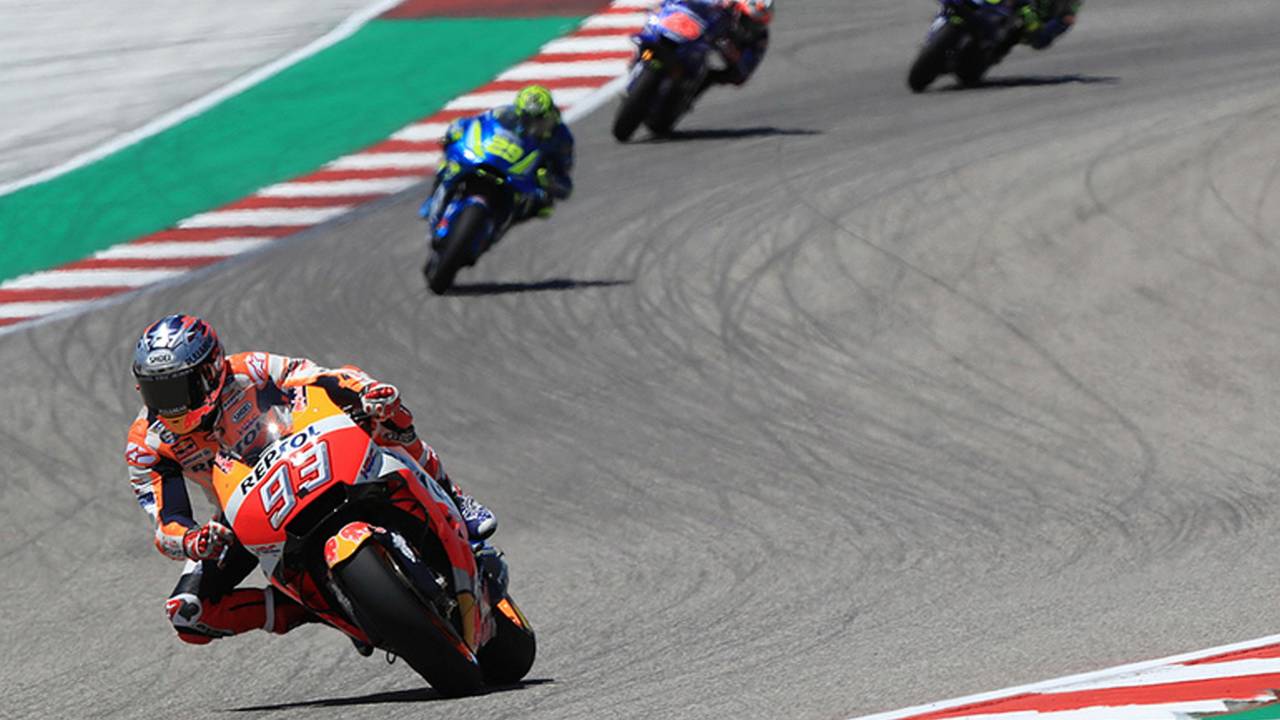 Marquez went virtually unchallenged at the Circuit of the Americas, cruising to his sixth successive win at the Texas venue on Sunday while Yamaha rider Rossi could do no better than fourth.

It follows Honda’s first win of the season in Argentina, which came courtesy of Cal Crutchlow, and a strong showing in Qatar where Marquez only just missed out on victory to Ducati’s Andrea Dovizioso.

Rossi admitted the situation is a concern, but was positive that Yamaha enjoyed a relatively competitive showing in Austin, with Maverick Vinales second behind Marquez.

“It’s worrying, because they are very strong, but especially it’s a bike that always go well,” Rossi said of the Honda. “They are competitive more or less in every condition, so it will be hard.

“But here we put two bikes in the top four at a track that doesn’t favour Yamaha usually.

“Now it will be important to see how we fare at Jerez, because last year when we returned to Europe, on different tracks where the grip is different, we suffered a lot.

Rossi said his target for Austin was to finish on the podium from fifth on the grid, but front tyre issues prevented him from being able to battle Vinales and Suzuki man Andrea Iannone ahead.

"The Doctor" on track in Austin doing what he does best

“The race was a little bit worse than what I expected,” he said. “I hoped to have 05s-high pace, because on Friday afternoon and Saturday afternoon I was on that pace.

“I never suffered in practice but today in the fast corners, I lost too much on the limit. So I have to slow down a little bit. I tried to stay close to Iannone, but he was stronger than me and at the end I wasn’t able to fight.”