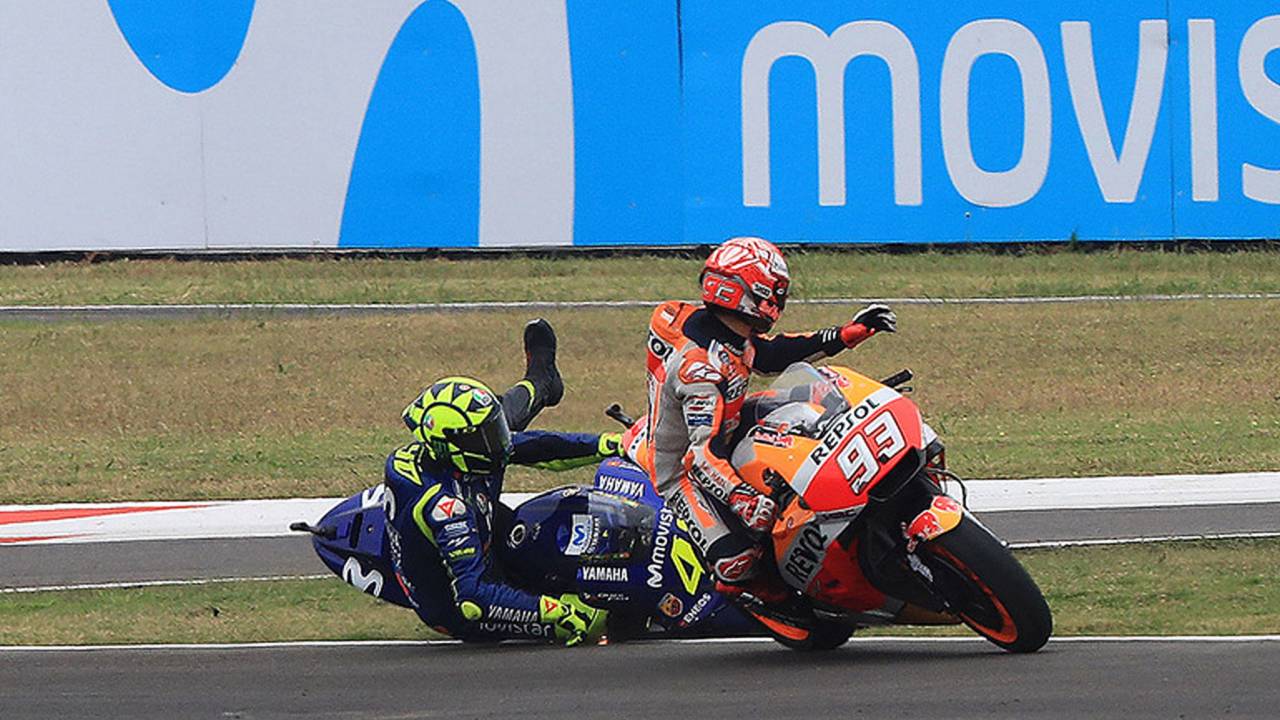 Valentino Rossi has lashed out at his MotoGP rival Marc Marquez in the aftermath of their Argentina clash.

Valentino Rossi has lashed out at his MotoGP rival Marc Marquez in the aftermath of their Argentina clash, saying the reigning champion has “destroyed our sport”

Rossi and Marquez, who have 11 premier-class titles between them, have enjoyed a famously fractious relationship as a result of a series of on-track controversies—and came to blows again in Sunday's Termas de Rio Hondo race.

A late lunge from Marquez at the Turn 13 right-hander in the closing stages caused Rossi to crash on to the grass, and resulted in a 30-second penalty for the reigning champion.

In the aftermath, the Italian did not mince words when discussing Marquez, as he said the Spaniard's actions were detrimental to MotoGP.

“This is a very bad situation, because he destroyed our sport, because he don't have any respect for his rivals, never,” Rossi said.

“When you go 300 kilometres per hour on the track, you have to have a respect for your rival, you have to be strong, you have to make the maximum, but like this is over.”

Rossi said Marquez—who prior to their collision was forced by race direction to cede position after a clash with Aprilia's Aleix Espargaro—had been riding aggressively all throughout the Argentina weekend.

RESULTS: Crutchlow Wins and How the Race Went Down

He went on to accuse the Honda rider of deliberately trying to get his rivals to crash.

“If you take for example what's happened this weekend—one by one, can happen, can happen to everybody, you can make a mistake in braking, you can touch the other guy, happens, this is racing,” Rossi said.

Marquez and Rossi neck and neck moments before the crash

Rossi and his Yamaha team went to race direction immediately following the race – and the Italian said the officials had “a big responsibility” to prevent Marquez from continuing to “behave like this”. He added: “I'm scared, I'm scared on the track when I am with Marquez.

“I'm scared today when I look, I see his name on the board, because I know that he come to me, I know already. So you have to think, to hope that you don't crash.”

FOLLOW: Complete MotoGP Coverage Over On Our Sister Site Motorsport.com