5 Great Used Touring Motorcycles For Under $5,000 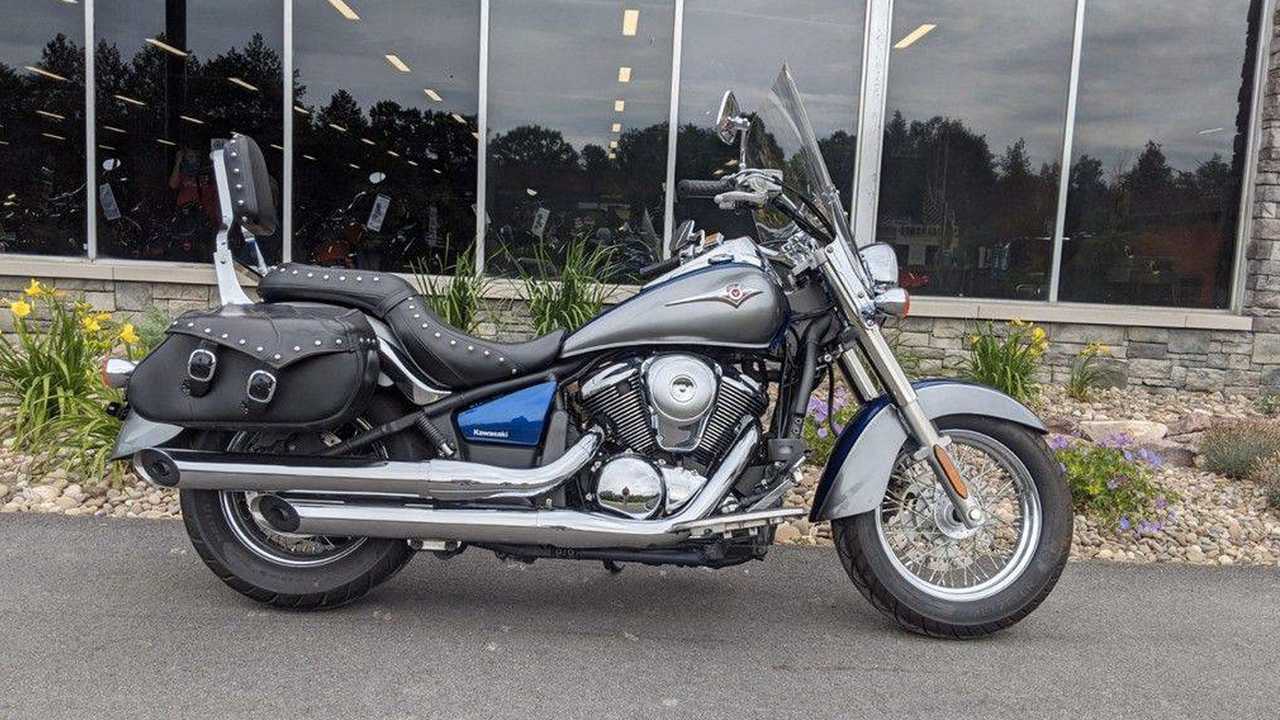 Keep the season going with this selection of road-ready rides.

The 2020 riding season is coming to an end—at least for those of us who deal with snow every year. If you have the right kind of gear and bike, however, the season doesn’t have to end as soon as the temperatures take a nosedive.

Touring bikes typically have all the features you need to keep the party going, even when the days get cooler and shorter. From tall windshields and heated grips (and perhaps even seats) to luggage and floorboards—they’re ready to take you anywhere you like, no matter how far it is or what the weather is like.

Shopping for a used motorcycle at this time of year also means that sellers are trying to clear out some space in their garage which can usually result in a good deal for you. We did some shopping for you on CycleTrader and found five awesome used tourers selling for less than $5,000.

This wouldn’t be a believable touring bike list if it didn’t feature a Harley of some sort. This time, we found a Sportster 1200, one of the smaller Bar and Shield tourers. At 600-or-so pounds, the Sportster isn’t exactly small by motorcycle standards, but compared to its fully-faired behemoth brothers, it fits the bill.

The bike runs on a 1,200cc V-twin rated at 71 horsepower with plenty of low-end muscle. This 2015 unit for sale comes with leather saddlebags and a massive windshield that will offer ample protection against the wind and the elements.

The other advantage of this SuperLow is, as the name points out, its lower saddle height which makes it more accessible. The saddle height isn’t confirmed in the ad, however, when we reviewed the model back in 2015, the seat was set at 25 inches from the ground—a friendly set up even for vertically-challenged riders.

Is that a scooter in a list of tourers? You’re darn right it is! Don’t underestimate those maxi-scooters. We have our own in-house maxi-scooter aficionada on the crew and she can do pretty much anything with her Burgman (400) we can (and can’t) on our bikes.

Between this 2015 Burgman’s CVT, spacious under-seat storage, floorboards large enough to make any Harley green with envy, super cushy saddle, and capable 638cc parallel-twin, it has all the makings of a good tourer.

With a four-gallon tank and a fuel economy rated at around 45 mpg, you can get a decent mileage out of a Suzuki Burgman (for a scooter). Add to that the fact that it’s flexible in the city and can cruise at highway speed with ease and this 2015 Burgman is a pretty solid contender.

In The Used Section:

When you have “Interstate” in your name, your role on the market is pretty straightforward. Though not a Gold Wing Interstate, the VT1300CT was introduced as a travel-compatible cruiser capable of going the distance and look good doing so. At least, that was the intention behind it which might work for you if you like the swooping, chopper-ish silhouette.

Whether you’re sold on the look or not, the good news is that the model is worthy of its name and doesn’t only pretend to be a tourer—you can comfortably clock the miles away sitting on it.

This particular Interstate is equipped with floorboards, a wide shield, leather saddlebags, and it looks like the owner also changed the saddle—maybe a nice gel aftermarket seat? Just as long as you can handle the highest weight on this list as the Interstate tips the scales at 712 pounds (728 with the ABS).

Here’s another one in the “obvious naming convention” category. Just in case you ever doubted that this V Star 950 could go the mile, Yamaha made its purpose in the lineup painfully obvious. While the V Star is designed with a mild factory-custom look, the Tourer adds all the creature comforts long-distance riders seek in this kind of bike.

Features on this particular V Star include all the touring staples such as a large protective windshield, saddlebags, floorboard, and what looks to be one of the most comfortable-looking saddles we’ve seen in a long time. The 950 runs on a 942cc air-cooled V-twin that produces a healthy 57 lb-ft of torque for 655 pounds. Fuel economy hovers around the 47-mpg mark and the fuel tank has a 4.5-gallon capacity which makes for over 200 miles of range.

The LT ups the ante on all the good things the Vulcan 900 Classic already has to offer with the addition of an elegant leather saddle with rivets accents and matching saddlebags, a passenger backrest, and a tall windscreen. The riding position and comfort have been described by a reviewer as “executive chair”-like and at under $4k, this bike is pretty much a bargain.

The Vulcan runs on a 903cc V-twin and interestingly, power is sent to the rear wheel using a belt rather than a chain. Bonus points for low maintenance. The decision apparently stemmed from the company’s desire to reduce the weight. For reference, the bike weighs in at 657 pounds—so imagine if Kawasaki hadn’t tried to cut the kilos. To be fair, the bike is equipped with a cavernous 5.3-gallon fuel tank so we forgive the Vulcan for not being exactly lightweight.