Kickstand: My Aversion to Single-Cylinders 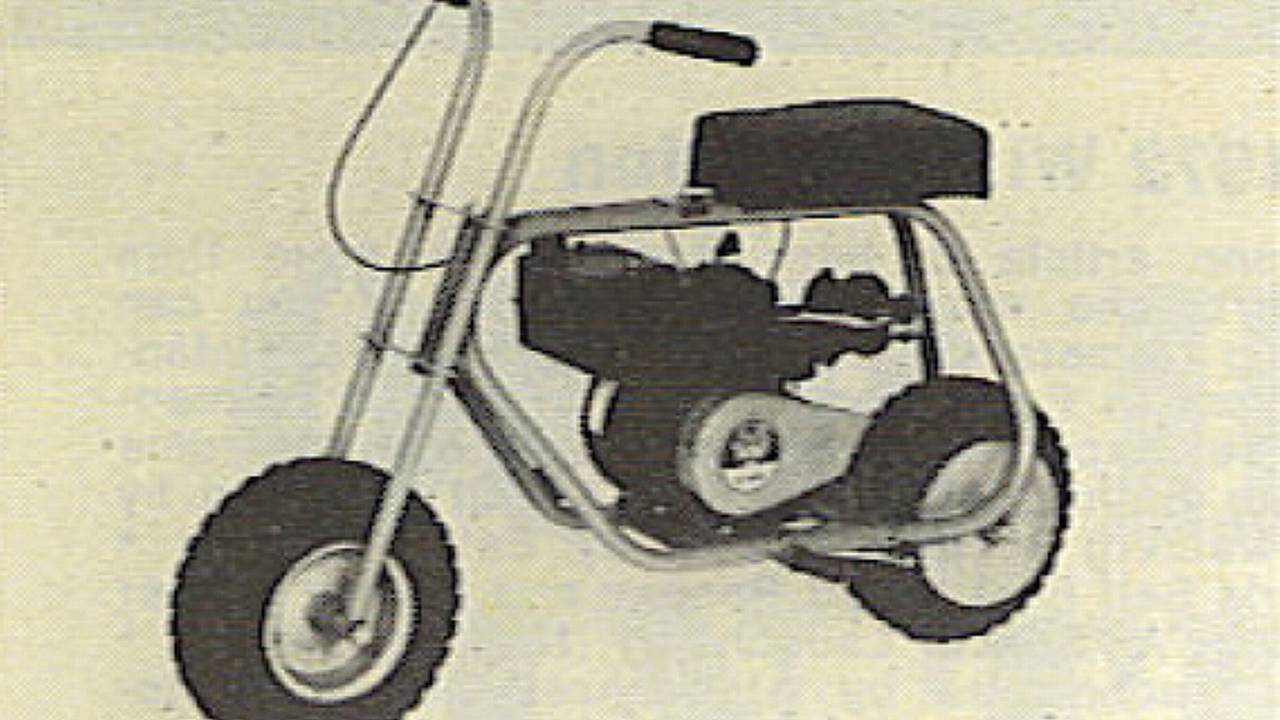 It all started when I was a child...

Covers the range of common options, no?  Well, no. You’ll notice there are no thumpers. Not one single-cylinder bike, not even a dirt bike. Why?

Well, here's the thing with singles, and it all started in my childhood.

Minibike to Hot Rod to Ski-doo

First, in 1968 my dad bought me an HPE Cat minibike (pictured above). It had 2.5 hp Briggs & Stratton single-cylinder four-stroke flathead motor.  It was my first motorized vehicle and my first thumper. I loved the little thing, despite its kidney-crunching rigid frame and fork and top speed of around 25 mph. It only had a rear brake that worked by a foot lever that pressed a steel plate against the tread of the rear tire.  Seriously. That made the rear tire tread disappear even faster than a drive wheel normally would.

But, there was a centrifugal clutch with direct drive—no transmission to worry about, so it was the soul of simplicity to ride and it would go a week on 25 cents worth of gas back then.

I got my first go at souping up a ride with that little mini-bike. I pulled the head and replaced the head gasket with one I cut out of very thin copper sheet. I reasoned that it would raise the compression ratio. Then I re-attached the throttle cable so it would bypass the governor spring, thereby defeating the governor and allowing the engine to rev much higher than normal— and much higher than it should have.

After that, I cut the muffler in half and used a radiator hose clamp to attach a short section of old automotive exhaust pipe to the remaining stub of the muffler. This, I reasoned, would act as a straight pipe and reduce back pressure allowing the engine to “breathe” much better. The pipe had a perfect zig-zag shape, allowing me to run it at an upward angle out the back of the bike, making a really cool matte black zoomie pipe.

By the beginning of the bike’s second summer I had a tiny hot rod. In fact, it really would go much faster than the original with the governor not working, but, as every racing bike builder will tell you, that comes at a price.

By the end of that summer, I had over-revved and over-compressed the tiny piston’s rings to shadows of their former selves, and oil was now mixing with the fuel in the combustion chamber in proportions that would foul a two-stroke.

That has consequences in itself, as I would soon learn. In addition to my hot-looking zoomie pipe emitting a cooler sound than the standard 4” long barrel muffler, it was now also putting out blue smoke. It never occurred to me that that should have been a warning about other potential problems, but hey, I was 14 and only beginning to learn the joys of self-inflicted mechanical failures.

A four cylinder engine should be absolutely reliable, based on the theory that if one cylinder could be reliable, four should be unstoppable.  Ok—I know it ain’t so, but still given the choice, I’d take the four.

Late one hot afternoon, on one of my favorite back roads a few miles from home, my trusty BS-powered freedom machine suddenly sputtered to a stop. There was fuel in the tank, oil in the crankcase and nothing was shorting out the plug wire. Having no tools with me, that was all the trouble-shooting I could do. After a long, sweaty, mosquito-swarmed push, I got the thing home. Spinning out the spark plug told the tale: A heavy crust of black, oily crud had nearly buried the electrodes and finally a chunk had bridged the gap, shutting everything down.

I realize now it’s flawed logic to think that with a multi-cylinder engine, this would not happen, as if fouling more than one plug at the same time was impossible— but that’s what I concluded at the time.

The 1969 Ski-doo Olympique snowmobile my dad got us only reinforced this perception. Even brand new, that 299cc single-cylinder two-stroke could foul a plug in less than ten miles of riding. No matter what brand of oil we used or how carefully we mixed it, only a few brands of spark plugs worked with a reasonable degree of reliability. Champion Gold Paladiums seemed to work best, though I have no idea why.

On the bright side, by the time I started riding the snowmobile, I had learned the benefit of keeping the toolkit handy and carrying not one, not two, but three extra spark plugs along. Still, having the thing stall out in the middle of a hill in waist-deep snow not only got the machine stuck, it also left me burning my fingertips from handling the hot spark plug while subzero temperatures froze the rest of me.

If I had a nickel for every time I had to crank balky single-cylinder engines with those infernal recoil starters on the mini-bike, snowmobile, chain saws, snow blowers, lawn mowers, weed whackers, and what-all, I’d have enough money to get one of those brand-new Doo-catties. What it did give me is a worn-out rotator cuff in my right shoulder.

This modern Triumph parallel twin has all the latest features, but just the idea that it has more than one cylinder is somehow comforting.  Yeah, I know,  Twins can quit, too.

All this left me with an irrational bias against single-cylinder engines, two-stroke and four-stroke alike. It must be like the aversion I have to sloe gin. One episode of getting sicker than a dog and blowing purple puke from the stuff and I haven’t touched it again in decades.

And it isn’t as though I haven’t seen plenty of twin- and multi-cylinder machines quit running or refuse to start in the first place. Deep down inside, I know a properly tuned, well-maintained single-cylinder engine is as reliable as any— and can be easier to maintain and more economical, as well.

Still, I never look twice at single-cylinder bikes, with the exception of some of those interesting classics like the Velocette Thruxton or BSA Victor 441.  But then, if I see the owners of those classics trying to kick-start them, and things don’t go well—it all comes back to me when I volunteer to help push the thing for the requisite bump start.

I find classic single-cylinder bikes like this Velocette Thruxton fascinating, but when I see someone trying to start one, all those childhood anti-single-cylinder feelings come flooding back.