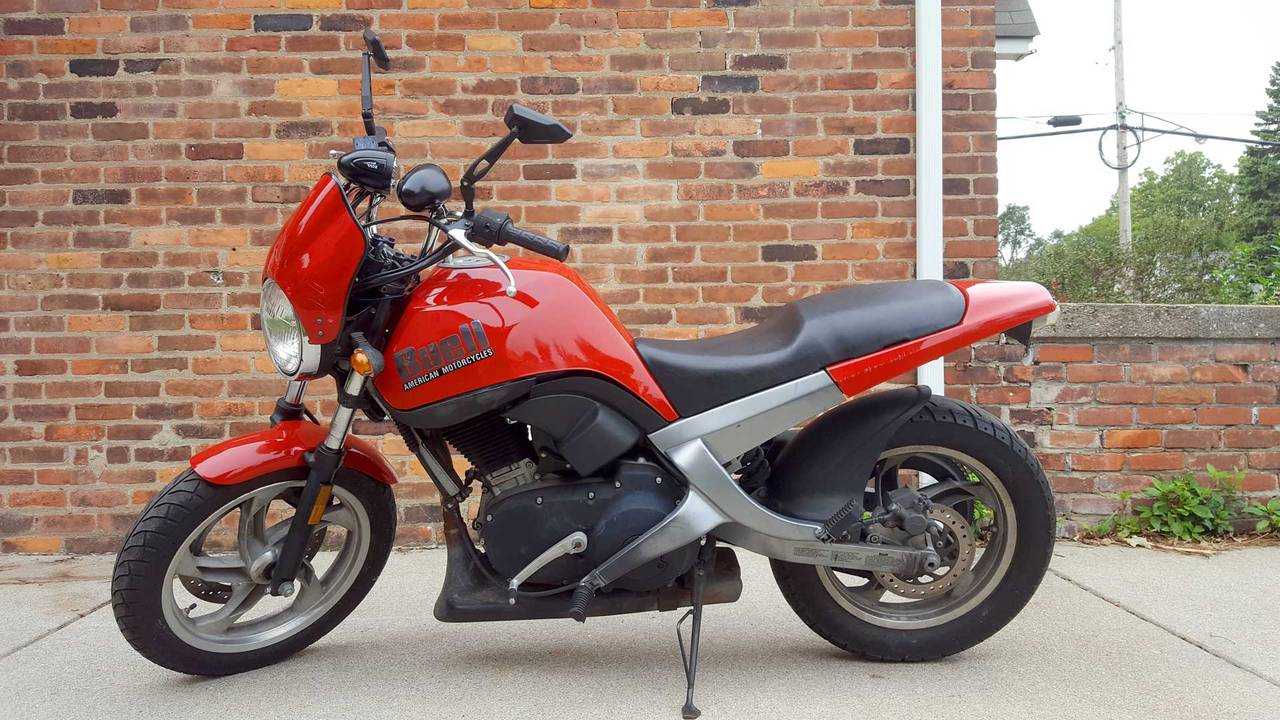 A new challenger has entered the ring. It's also adorable

Remember the Buell Blast? Sure you do. It was the zippy little, plastic-bodied thumper built by Buell back in the early aughts as a gateway drug to motorcycling in General and Harley-Davidson/Buell in particular. To that end, they were incredibly simple: A 492cc air-cooled single that was essentially half an Evo Sportster, body panels made out of the same material they cover golf balls with, an automatic drive belt tensioner, an automatic choke, a super low seat height, etc. The company made roughly 8 billion of the adorable, friendly, candy-colored thumpers between 2000 and 2007, and I wanted each and every one.

That's right, I love the Blast. Love. It. I love its simplicity, its surprising agility, its incredible ability to pack an amazing amount of fun into a small package, all of it. I love the engine for all its faults—who doesn't love a thumper?—and I love how dirt cheap they are. So why am I bringing this up now, a good 12 years after the Blast disappeared from the market? Weeeeeeeell... because I own one now.

Behold the latest addition to, for lack of a better term, RideApart's long-term project fleet: A Buell Blast! I picked this little guy up for a song off facebook marketplace because, you guessed it, it doesn't run. Well, "doesn't run" is more like it. It turns over no problem, but apparently it "loses power" and constantly stalls once it warms up. According to the previous owner, at least. That didn't sound too hard to fix to me, so I forked over six Benjamins, called up our man Todd, and brought it home last night.

Now, if you guessed that the power/stalling situation wasn't this bike's only problem you're absolutely correct. Poor little thing has more issues than National Geographic. For starters, it's clearly been dropped a few times and the turn signals are all smashed to hell. Then there's the missing license plate mount, the non-functioning rear brake, the terrible speakers lashed to the handlebars (that's a whole story in and of itself), the ugly aftermarket mirrors, oh, and the piece de resistance—a poorly wired, barely functioning, no-name Chinesium LED taillight held on with literal baling wire. I couldn't make this up if I tried.

Am I worried? Nah, it's gonna be great. Before I got it home the plan was to spruce it up, ride it around a little, write a couple stories about it, then flip in come springtime. Then my wife threw a leg over it and discovered that she could flat-foot it in her bare feet (my wife's a tiny, pocket-sized person with a short inseam. She was on tip-toes on her old KZ400LTD) and immediately laid claim to it. We shall see.

So there you have it, a new Harley(ish) bike in the garage just in time for good old FleetBob to go home. Stay tuned for some good Buell-related shenanigans.