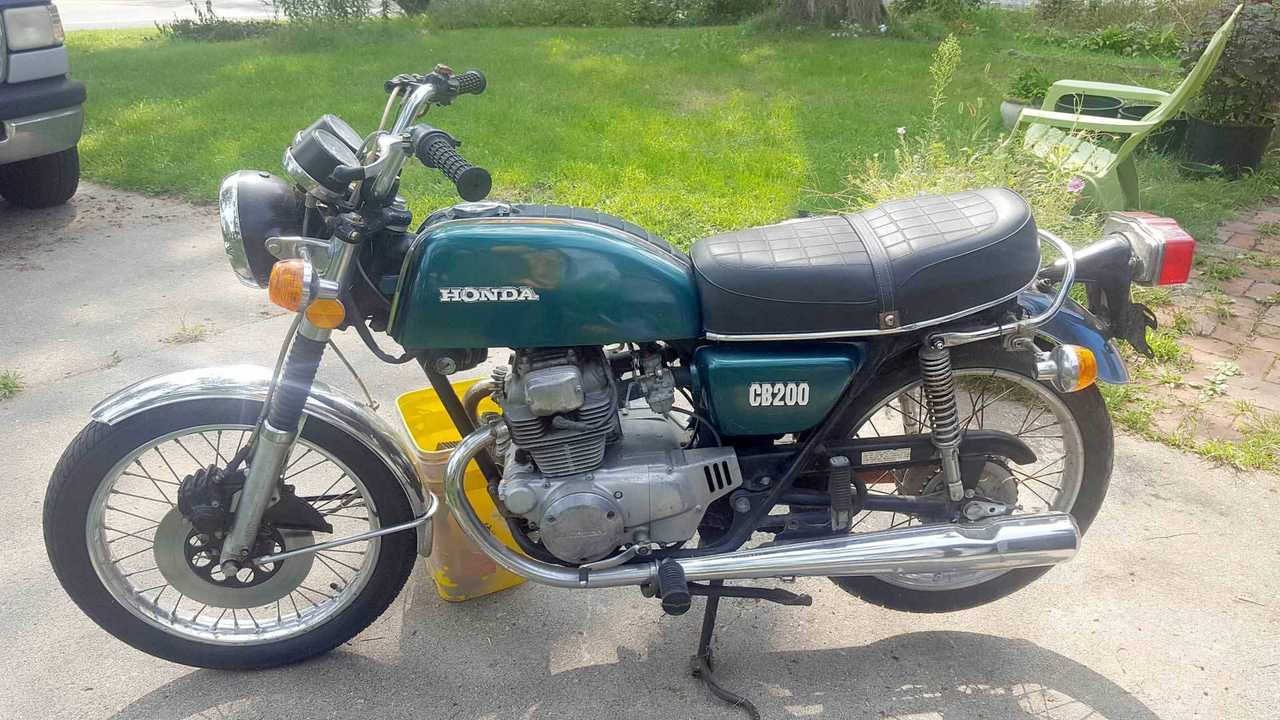 As far as I'm concerned, there's no such thing as a non-running bike. There are bikes that don't run currently, but all motorcycles—especially 70s and 80s-era Japanese bikes—posses within themselves the potential to be a running, riding motorcycle no matter their current status. Of course, this doesn't apply to complete wrecks or bikes that have been so neglected that they have trees growing through them or something. Those are obviously a total loss and we're worse off for it. If a bike is mostly complete and its only problem is a neglectful, absent-minded previous owner who doesn't know their ass from a hole in the ground (but I repeat myself) though? With a little know-how, some elbow grease, and some money—well, okay, sometimes a lot of money—that's a runner for sure.

I've had a number of "non-runners" over the years—bikes that I got for free, or next to free, from friends and acquaintances because of some minor niggling mechanical issue they either couldn't or didn't want to deal with anymore. Now, look, I know there's no such thing as a "free" bike. One was an '85 Honda Shadow with a bent shift fork, another was a late-80s Yamaha Seca that had been left parked outside for a year then vandalized by a spiteful ex-girlfriend. It's how I got the Bridgestone, and the RD200E. Most, like the shadow, I parted out because fixing them wasn't worth it. Others, the Seca for instance, I spruced up and flipped as runners.

It's been a long, long time since I did any of that though. That's why when given the opportunity to buy a "non-running" bike from a friend of mine for just three Benjamins, I jumped at the chance. What you see here is a nearly mint 1974 Honda CB200. Built in April of 1974—two full years before I was even born—it originally came from Japan painted Tahitian Red. It has a 196cc, SOHC, air-cooled, four-stroke twin that puts down a whopping 17 horsepower at 9,000 RPM. All that power goes through a five-speed trans and a chain final drive to get to the rear wheel. It has a points ignition with both electric and kick start, a drum rear brake, and a cable-operated single-disc front brake. Wild stuff. It's tiny, but (eventually) mighty and it kinda rules.

My friend bought it back in 2012 from some dude as a parts bike for her running '74 CB200 but she never got around to stripping it down. She told me the guy she bought it from told her that the bike had a "top end" problem (extremely Ron Howard voice, "It doesn't") and he couldn't make it run. So, since she was sick of looking at it she sold it to me as my newest project. I borrowed our man Todd's bike-hauling van one bright Saturday morning, trucked on down to Ann Arbor, and grabbed my new project.

Here were the issues I knew about when I picked it up:

It did have a clear title, compression, and almost all the parts so it was good as far as I was concerned. Once I got it home I tore directly into it. First thing I did was give it a once-over and discovered the following issues

Pretty much what I expected, although the field expedient fix on the throttle cable is the most breathtaking example of know-nothing previous-owner dickery I've ever seen. I wasn't even mad, it was amazing. So I made a list, ordered parts, and set into waiting. The first set of parts was the battery (which I was able to source locally), an ignition switch kit that came with the switch, seat latch, fork lock, and a new set of keys, a petcock (which is the weirdest petcock I've ever seen), a new throttle cable, and a carb rebuild kit. It was while I worked on all that stuff that I discovered that the coil was junk, so I ordered one of those, too. I think you can see where this is going.

That's where it stands now. I'm still waiting for that coil, which I assume they're winding by hand somewhere over in Japan it's taking so long. I'm refurbing all the parts I can and replacing the ones I can't with Honda OEM parts when I can find them. It's so close to running guys, I can almost taste it. I need to give a shoutout to 4into1 Motorcycle Parts, the Honda Twins internet group, and online DIY doyenne and CB200 afficinado  Becky Stern for parts and advice so far. It's crazy how much is out there for this bike.

My plan right now is to tinker with it throughout the winter, get it running really well, and flip it come spring. I may even strip off that weird green-blue paint (it's a pretty bad spray job) and return it to its factory spec Tahitian Red glory. Whatever happens, I'll keep you updated on the bike's status.