Alpinestars Rideout Collection: Outdoor Apparel You Can Ride In 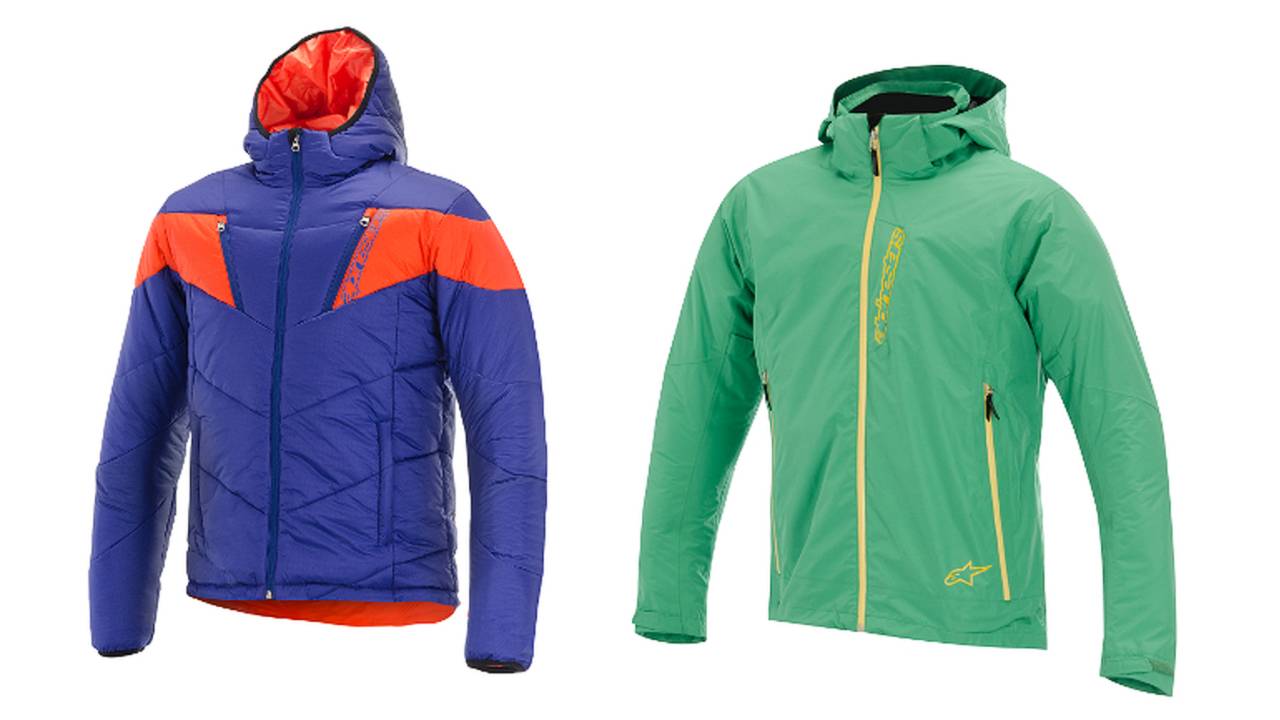 The Rideout Collection by Alpinestars is an all-new line of jackets designed to meet the needs of people who commute or want to ride around town in less than perfect weather, all while looking more like normal clothes than traditional bike wear.

The Lance 3 jacket is a technical, three layer jacket. The outer layer is similar to any outer layer you might buy at REI. It is completely waterproof and features taped seams and waterproof pockets, as well as underarm vents and cord adjustments to help tailor the fit. The second layer is a mesh liner which contains the CE certified shoulder and elbow protection and padded sections in the chest and back (which can be upgraded to bio armor). The interior layer is a 130 gram thermal liner that feels like a synthetic down. There are so many ways you could wear this and so many applications that we're really excited about this piece.

The Dusk 3 is a variation on the Lance 3 jacket, with almost identical features and just a slightly different shell. The main difference is that, while the Lance 3 has a hood you can cinch down, the Dusk 3 has a hood that you can tuck into a little pouch in the collar. Other than that, it has the same material for the shell, same taped seams, same middle mesh layer with CE armor, and same 130 gram base layer. Personally, I'm a big fan of the mellowed color schemes and think the forest green one could be my go-to this winter.

The Mack jacket is going to mimic most of your down/synthetic down jackets, while including the same CE certified shoulder and elbow protection, with a padded back compartment that can be upgraded to Bio Armor. I tried this jacket on at the launch and was sweating almost instantly, this thing is crazy warm. It's not going to have the same waterproof exterior as some of the others, so keep that in mind when shopping, but if you ride around somewhere cold and dry, it's near perfect. As with many jackets this style, it's storm hood has an elastic edging to help secure it in windy conditions, and the Mack also has elastic cuff edges with thumb holes to keep the sleeves in place and help seal out the elements.

In the same way that the Dusk 3 is mellower version of the Lance 3, the Tyler Down Jacket is another version of the Mack Jacket. The Tyler's main differences being that the shell is made of a poly fiber and synthetic wool main and the hood is detachable. The arms are also missing those nifty little thumb holes on the liner, which is really the only negative I see with this piece. Believe it or not, the Dusk still has CE protectors in the shoulders and elbows and, like the rest of the range, the chest and back pads can be upgraded to CE-approved items too.

The Scion 2 Layer jacket is a technical two layer jacket, consisting of a water resistant outer shell which is bonded together with a waterproof and breathable membrane. As with the Layer 3 and the Dusk 3, all of the seals are taped for added water proofing. As with all of the jackets in the Rideout line, the Scion 2 Layer has CE certified armor in the shoulders and elbows, this jacket also including a padded back panel which can be upgraded to Bio Armor. Lightweight and waterproof, this a fantastic outer layer.

The Stella Cassie Down Jacket is the women's version of the Tyler Down Jacket. It's the exact same jacket, just cut to flatter lady shaped bodies.

The Stella Francie Jacket is the women's version of the Mack jacket. As with the Stella Cassie, it's the same as the men's version, just cut to flatter lady shaped bodies.