Ducati Factory rider Francesco “Pecco” Bagnaia ended the 2021 season on a charge, winning four of the last six races and nabbing five pole positions in the process. To top things off, Ducati locked at the podium at the final race of the season in Valencia, Spain. With such stellar results, Ducati went into the off-season as the 2022 title favorites.

However, the 2022 pre-season introduced new challenges to the Bologna squad. Following MotoGP’s easing of engine development restrictions enacted during COVID-19, Ducati wedged a new V4 into its Desmosedici GP22 race machine. The team presented both Bagnaia and teammate Jack Miller with three engine configurations, including the GP21 mill, an evolved variant of the GP21, and the GP22 rendition. 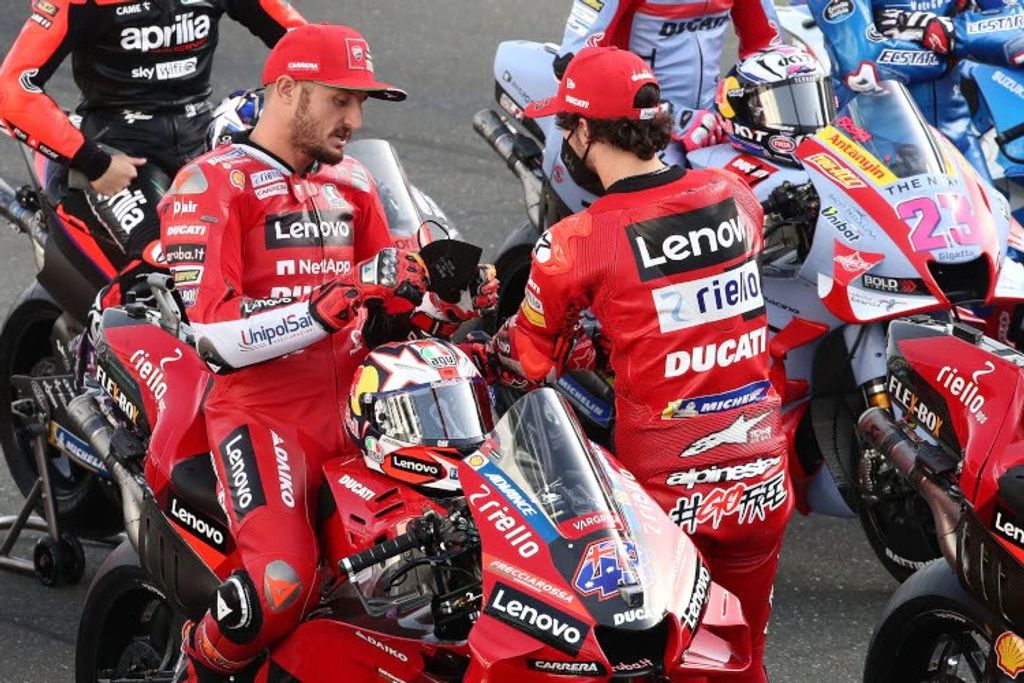 Ducati’s latest-generation V4 may boast more ponies, but the new engine also required the riders to adapt to the new power delivery.

“But it’s like a new shoe,” explained Miller. “It feels strange at the moment but after a while, it will be your shoe.”

Unfortunately for Bagnaia, the shoe still doesn't fit. With Ducati’s title chances on the line, Pecco opted to revert back to the Desmosedici GP21 engine. As a result, teammate Jack Miller had to adopt the same powerplant due to MotoGP’s homologation regulations. That leaves only Pramac Ducati riders Jorge Martin, Johann Zarco, and Mooney VR46 man Luca Marini electing to move forward with the GP22 engine in 2022.

While Bagnaia moved away from the new mill for the season, he piloted the powerplant to a sixth-place finish at the Sepang pre-season and ended the Mandalika pre-season test fifth in the standings. With two free practice sessions in the bag at the season opener in Qatar, Pecco finished in tenth place, remaining in range for the race weekend’s second qualifying session.

Of course, only time and race results will determine whether or not Bagnaia and the Ducati Factory team made the right choice with the GP22 engine. However, the championship picture isn’t as clear-cut as it was at the end of the 2021 MotoGP season.

Back To The Races: