The 2022 MotoGP season hasn’t even started, but the Ducati Factory team is rewarding Francesco “Pecco” Bagnaia, its top rider, with a two-year contract extension. The contract will reserve the number one seat for number 63 through the 2024 season. While many critics and fans expected the Bologna brand to take the Italian rider off the market sometime during the 2022 season, the signing shows a commitment on both Bagnaia and Ducati’s side.

After struggling in his 2019 rookie season and making strides in 2020 with the satellite Pramac Ducati team, Pecco stepped up his game when he entered the Ducati Factory squad in 2021. Finishing the year with four wins, nine podiums, and six pole positions, the Italian rider finished second in the title standings and pushed 2021 champion, Fabio Quartararo, throughout the latter half of the season.

With Ducati officially unveiling its Desmosedici GP22 at the pre-season test in Malaysia, Bagnaia prepares to fight for the championship once again. 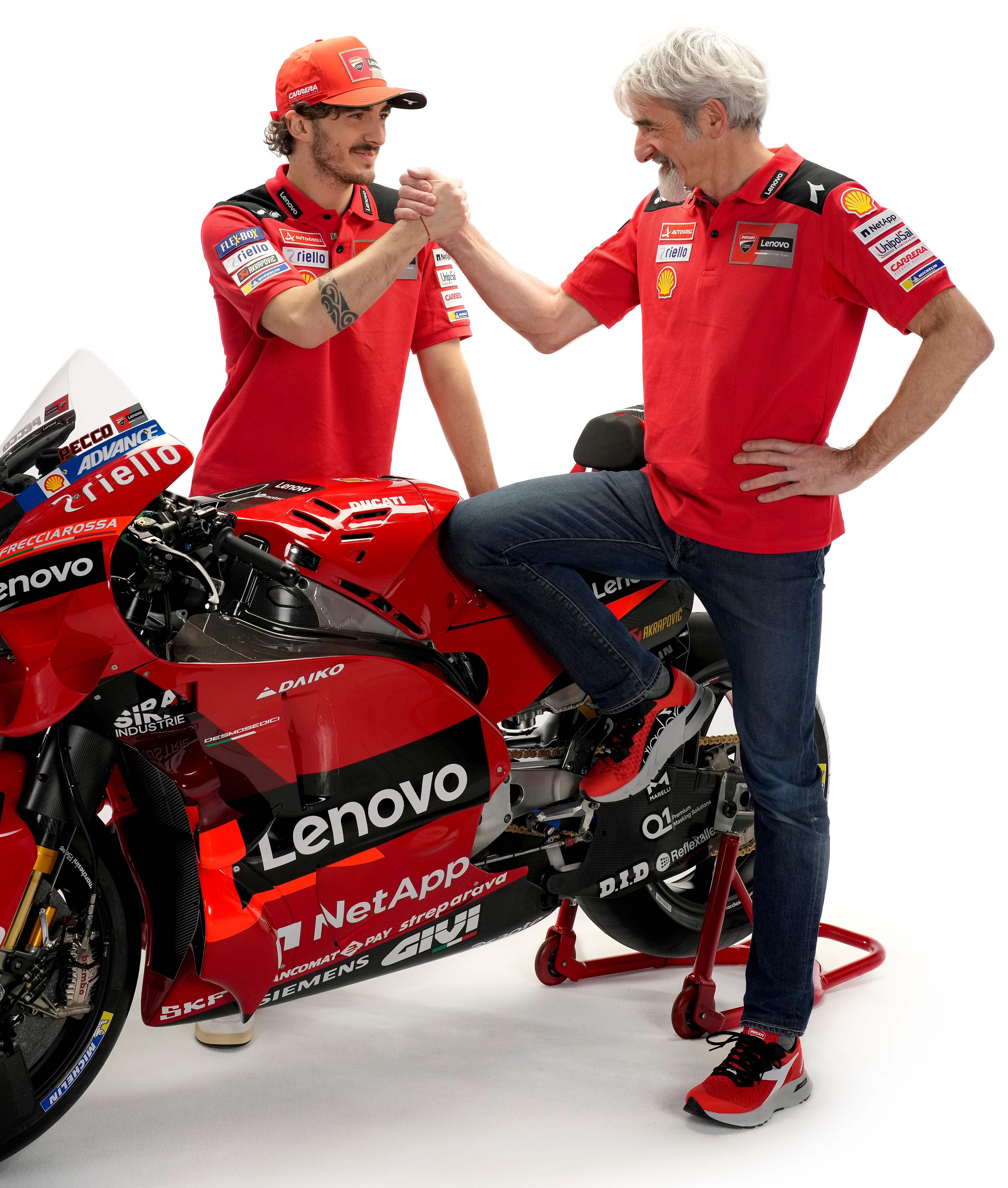 "Being a Ducati rider in MotoGP has always been my dream, and knowing that I can continue with the Ducati Lenovo Team for another two seasons makes me happy and proud,” admitted Bagnaia. “I have found a serene environment in the factory team: I feel very much in tune with my team and know that we can do great things together. Now I can only concentrate on doing well in this Championship. A big thank you to Claudio, Gigi, Paolo, Davide and all the Ducati Corse staff. I'll try to repay their trust with my results on the track!"

As we approach the first round of the 2022 MotoGP season, only four riders (Marc Marquez, Franco Morbidelli, Brad Binder, and Francesco Bagnaia) have secured seats for 2023. While Ducati’s move takes Pecco off the market and secures his role in the Ducati paddock, the signing also leaves one factory seat up for grabs.

With Ducati’s young talent pool including Jorge Martin and Enea Bastianini, factory rider Jack Miller will have a lot of rivals gunning for his spot in 2023. Luckily, Ducati has their man in Bagnaia, and they hope he will capture the first premier class rider championship since Casey Stoner achieved the same feat in 2007.

"We are delighted to have Bagnaia with us for another two seasons,” noted Ducati Corse General Manager Luigi (Gigi) Dall'Igna. “Since he arrived at Ducati in 2019, Pecco has shown great talent and the ability to interpret our Desmosedici GP very well, adapting to ride it in any condition. He did it, especially in the last season, during which he had significant growth and got to play for the World Title. The way he managed the races at Aragón, Misano, Portimão and Valencia, scoring four fantastic victories, is proof of his maturity as a rider. With these great qualities, we are sure that he has the potential to aim for the title with us"

MotoGP Unlimited Is Slated To Premiere On Amazon Prime On March 14
MotoGP: Mandalika Circuit To Be Partially Resurfaced