The KSR-owned company has other surprises in store, too.

At EICMA 2019, Malaguti presented what it hoped to be its flagship model, the Drakon 125. Expected to hit the road in 2020, the entire world was flipped on its head when COVID-19 hit. As such, Malaguti, as well as nearly all other manufacturers across multiple industries, saw its plans flushed down the drain. Now, with things slowly going back to normal, it seems that the Austrian-owned Italian brand is picking up from where it left off.

In July, 2021, sketches emerged showing slight revisions to the Drakon—its engine in particular. This was a clear sign that the Drakon was not dead, and that Malaguti is fully intending to release this sharply styled naked streetfighter in the near future. With other models, such as the Mission 125 scooter, already in Malaguti's pipeline, it won't be surprising if the Drakon will finally make its official debut in EICMA 2021. This sporty, beginner-friendly naked bike is expected to come with a 125cc, liquid-cooled, fuel-injected single-cylinder motor capable of pumping out 13.5 horsepower.

Other confirmed details surrounding this naked bike are that it'll come equipped with a full-color TFT instrument panel, as well as ABS on both front and rear brakes. It'll also come equipped with a premium upside-down fork. Judging from its styling alone, it's clear that KSR, the Austrian owners of Malaguti, are trying to challenge the entry-level naked bike segment currently dominated by the KTM 125 Duke. The Drakon 125, after all, is the first Malaguti motorcycle to have been developed and produced by KSR.

Even more interestingly, Malaguti has presented a concept for a future electric scooter. At the moment, however, very little is known about the upcoming all-electric two wheeler, other than what we see in the teaser poster by the Italian brand. Additional future models expected to be rolled out soon include the XSM and XTM, speculated to be lightweight dual-sport and enduro platforms. Malaguti and KSR are expected to shed more light on these upcoming models early on in 2022. 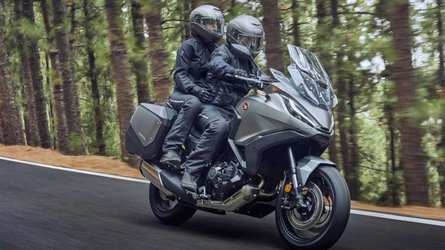 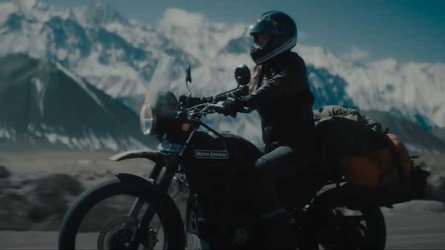