A sporty take on a beginner-friendly runabout.

For many young, first-time motorcycle riders across the pond over in Europe, there are few choices other than 125cc scooters and commuter machines. While it may seem rather frustrating that a 17-year-old can't have a Suzuki Hayabusa as their first bike, it does open the market up to some unique and exciting small-displacement selections. One such machine is the Mission 125, a sporty scooter from Italian manufacturer Malaguti.

Malaguti is a motorcycle brand under the KSR Group, and is based out of Bologna, Italy. It's known for making small-displacement scooters and motorcycles, and appeals to beginners thanks to its sharp and sporty styling. For the 2022 model year, the company is expanding its scooter range with the launch of the Mission 125 and 200, sport-style scooters perfect for bopping around the city.

The Malaguti Mission 125 has a top speed of around 60 miles per hour by way of a 124cc, single-cylinder motor. With around 12.2 ponies on tap, it's just enough to give first-timers a taste of motorized two-wheeler performance that isn't as bicycle-like as an e-bike. This Euro 5-compliant motor makes use of a conventional CVT transmission, and is capable of two-up riding. I'm pretty sure that it'll struggle to hit 60 miles per hour with two people riding it, though. After all, the Mission is underpinned by tiny 13-inch rims, and rides on 120/70 tires up front and 130/70 at the rear.

As for suspension, the Mission makes use of a budget-friendly telescopic fork and single shock at the front and rear respectively. Braking hardware consists of a two-piston caliper up front, and a single-piston caliper at the rear. The Mission 200 sports the same underpinnings, albeit offers just a bit more power on tap—17.5 horsepower from a 181cc motor. Pricing for the 200 has yet to be announced. However, the Mission 125 is set to retail for 3,690 Euros, or the equivalent of $4,281 USD, in either Corsa Red or Neve White. 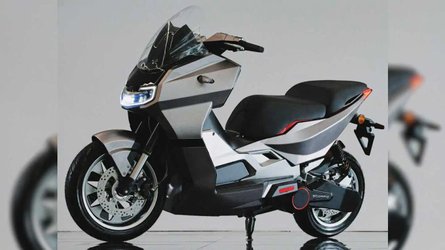 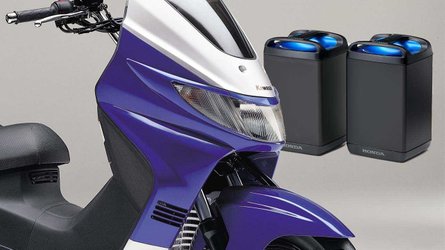