An adventurous spirit in sport-tourer guise.

In August, 2020, Japanese media outlet Young Machine imagined a Honda CB1000X sport-tourer with a digital rendering. Months later, in November, 2020, fellow Japanese outlet Auto.by stirred the pot when it reported that Team Red was actually working on a CB1100X featuring the Africa Twin’s 1,084cc parallel-twin. Honda cleverly threw a wrench into the rumor mill when it instead trademarked NT1100 for its upcoming sport-tourer.

Now, European approval-type documents are helping to put the puzzle together as Team Red readies the NT1100 for the market. After dropping the CB nomenclature for Honda’s NT classification, the filings also reveal the model’s SC internal code. Within Honda factory walls, “S” indicates that the project contains an engine over 900cc and the “C” communicates that it is a street bike. Compared to the Africa Twin’s SD08 internal code, where the “D” corresponds to off-road capabilities, the NT1100 should be an upright sport-tourer. 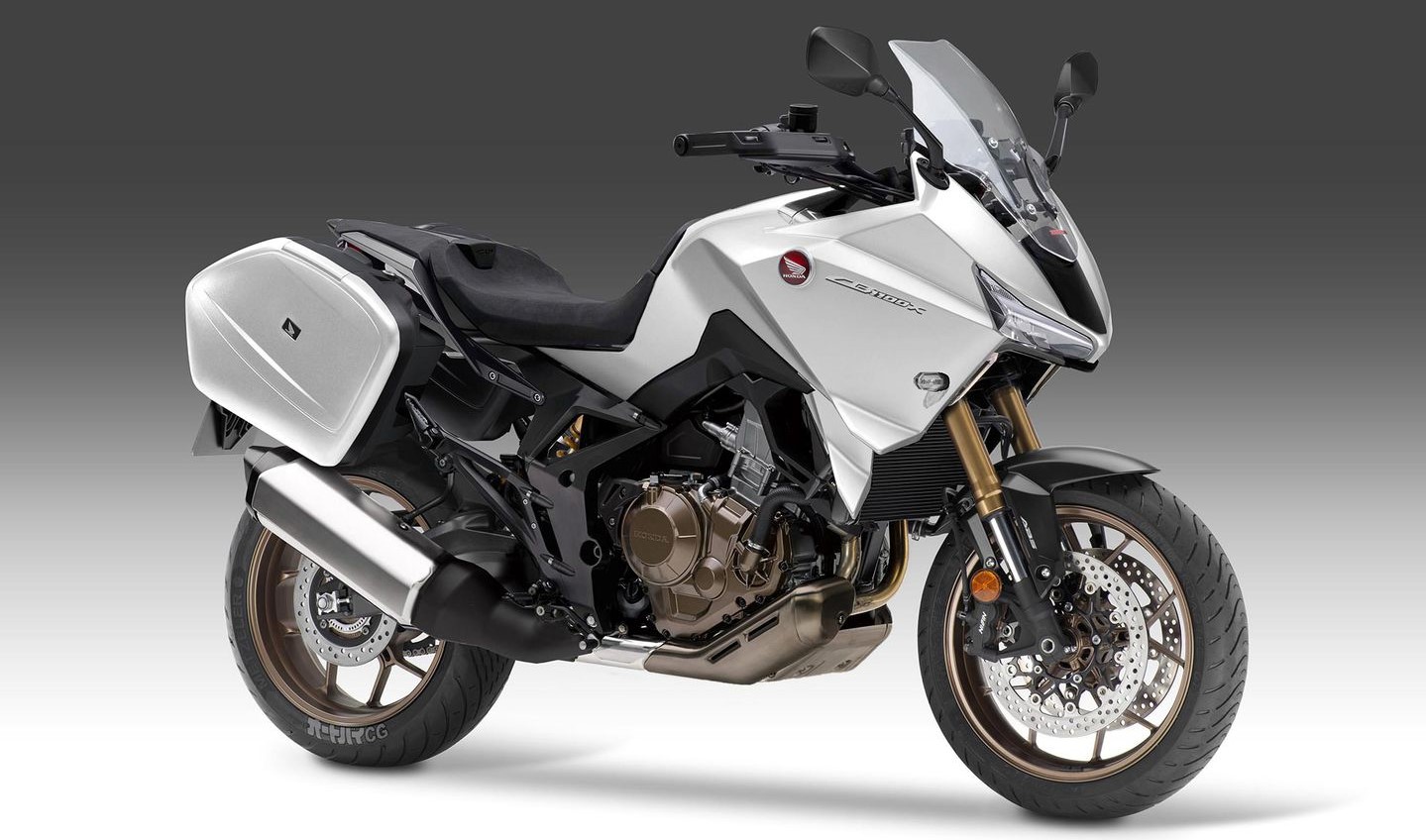 Aside from sharing the Africa Twin’s powerplant, the new model is anticipated to produce the same power figures with 101 horsepower at 7,500 rpm and 77 pound-feet of torque at 6,250 rpm. Just like its adventurous sibling, the NT1100 will also come in standard and DCT trims. Honda’s semi-auto transmission will certainly suit long-distance road trips and a taller windscreen could position that model as the eminent mile-crusher.

However, unlike the Africa Twin, the NT1100 is expected to have less suspension travel, less ground clearance, and a shorter wheelbase. A trellis frame will depart from the heavyweight ADV’s semi-double-cradle frame, which will give the NT1100 its own on-road characteristics. The silhouette should also resemble modern sport-tourers like BMW’s S 1100 XR, which the Japanese outlets captured in their digital renders.

Of course, the actual production model will look different than the ones imagined by Young Machine, but we hope the NT1100 keeps as many futuristic elements as possible. With Team Red confirmed at EICMA 2021, maybe they’ll be able to give us more details on the project in November, 2021.

Honda CB500 Series In-Line For Component Upgrades In 2022
Could The Kawasaki Adaptive Pave The Way For Future Models?