Could The Yamaha XSR250 Soon Become A Reality?

Yet another addition to the growing XSR family.

Yamaha's XSR lineup of retro-modern motorcycles is indeed one of the most popular in the business. What started out with just the big, bad XSR900, based on the MT-09, eventually trickled down onto smaller platforms. Built atop the phenomenal MT-07 platform, the XSR700 was introduced a couple of years ago. In Asia, the YZF-R15-based XSR155 has gained mass appeal thanks to its affordable price and gorgeous looks.

In India, reports of an XSR250 that could be hitting the market soon have become viral. Our friends from RushLane shared a spy photo of what appears to be a test mule of the upcoming Yamaha XSR250. Expected to be based on the FZ25, the test bike was spotted on the Yamuna Expressway in the National Capital Region. Based on the photo, we can tell that this bike has some retro styling going on. It gets fork gaiters and a muscular fuel tank, just like that of the XSR155.

As far as the engine is concerned, unlike the XSR155, the XSR250 is expected to come with an air-cooled mill. Just like that of the FZ25, the 249cc, air-cooled, single-cylinder engine puts out a decent 20 horsepower—more than enough to have a good time in and out of the city. Engine aside, we can expect the bike to feature similar underpinnings as that of the FZ25. So, a standard telescopic front end mated to a preload-adjustable rear mono-shock will likely make up the suspension. The braking system will likely consist of ABS-equipped discs fore and aft.

If and when this bike breaks cover, it undoubtedly has some fierce rivals in the market. Bikes like the Bajaj Dominar 250, and the more premium Husqvarna Svartpilen 250, are well established premium offerings in the middleweight segment. At present, the Yamaha FZ25 fetches Rs 1.58 lakh, or the equivalent of $2,151 USD. Expect the XSR250 to command quite a premium. 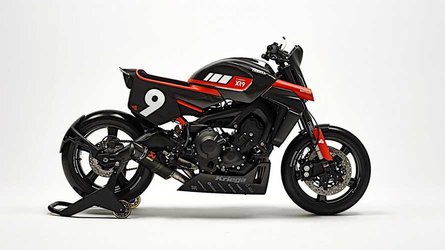 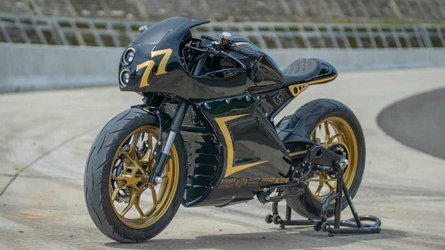