The SYM Jet X Is A Sharp Urban Maxi-Scooter

Yet another player in the growing entry-level maxi-scooter scene.

Late last year, MForce, the folks responsible for distributing the likes of Benelli, Keeway, and SYM in the Malaysian market announced that they would be launching the SYM Jet X 150 in the market by the first quarter of 2021. With the days passing by and the end of the first quarter fast approaching, there haven't been any signs of the new SYM coming anytime soon. Until now.

SYM Malaysia recently posted a teaser on its social media platforms hinting at the imminent launch of a new model. Chances are great that this is indeed the anticipated Jet X. A report from iMotorbike suggests that the new scooter will make its debut in April of 2021—just a bit past its first-quarter launch schedule. That said, the SYM Jet X 150 will take the flagship spot of SYM's scooter lineup. In other countries, the SYM Jet X 150 is rebranded under the GPX name and sold as the Drone 150. Given the strong presence of SYM in other markets such as the Philippines and Indonesia, chances are we'll also see the Jet X hit these markets soon.

While the entire specs list has yet to be revealed, we do know that the SYM Jet X will be equipped with some pretty high-end tech. For starters it gets a 149.6cc single cylinder engine. Equipped with liquid-cooling and a 4-valve cylinder head, this scooter is expected to put up a good fight against the likes of the Yamaha NMAX and Honda ADV 150. It also gets a full suite of LED lighting, a modern LCD instrument panel, and a keyless ignition system.

The underpinnings consist of pretty standard fare when it comes to scooters of this segment. Standard telescopic forks adorn the front end, while a pair of preload-adjustable shocks handle suspension duties out back. The scooter is put to an abrupt stop by way of disc brakes front and rear, which are likely to come standard with ABS. As far as the technical details such as performance figures, smartphone connectivity, and other features are concerned, we'll have to wait and see when SYM officially launches this new scooter. 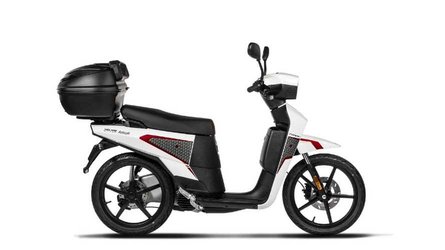 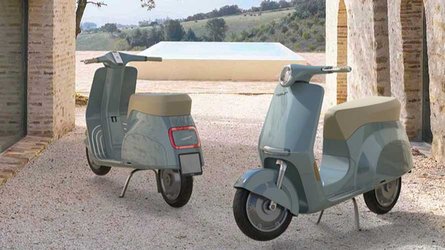