Triumph Is Getting Into British Supersport For 2021

Over the past few years, Triumph has gotten more and more involved in racing. First, in 2019, the company became the exclusive engine supplier for the Moto2 series with its badass 765cc triple mill. That apparently wasn’t enough for the suits at Hinckley, because Triumph has now set its sights on something even closer to home and heart—the British Supersport championship.

Triumph is officially partnering up with Performance Technical Racing (PTR), and investing in the infrastructure to bring young British racing talent up the ladder in 2021. Nurturing the kind of talent that racing fans want to see in MotoGP and WSBK takes many forms, and this is definitely one of them.

What will the bike be like? According to Triumph, it will be derived directly from the 765 Street Triple RS currently used in Moto2.

“Triumph has a long and very successful history in Supersport racing with the Daytona 675, and our experience of racing in Supersport ultimately led to the development of the Moto2 engine which has been so successful for the last 2 years,” Triumph Motorcycles chief product officer Steve Sargent said in a statement.

“Supersport has always been an important championship which has developed riders who have gone on to race at the highest level in WSBK and MotoGP. We are therefore extremely pleased that MSVR, Dorna and the FIM are working to take the Supersport category forward and to encourage manufacturers like Triumph to come back into the class. We have joined with PTR racing on this journey and they will bring a wealth of experience to run our factory supported team. We look forward to a successful 2021.”

BSB director Stuart Higgs said he hopes that reigniting the Supersport category at the British national level spreads internationally, and inspires other similar championships that re-engage other OEMs around the world. Only time will tell if that happens, of course, but it’d be nice. 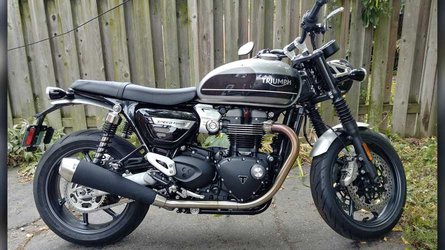 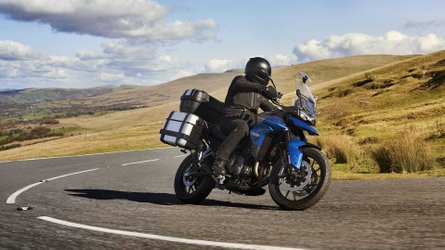 The 2021 Triumph Tiger 850 Sport Is Your New Travel Buddy