Only 75 will be made, and how much do you want one?

Even in the midst of the unprecedented, ongoing weirdness that is 2020, one thing is certain: MV Agusta knows how to celebrate a 75th anniversary in style. What’s better than a really fancy cake? The completely breathtaking Superveloce 75 Anniversario.

Naturally, it’s incredibly limited edition—as if you expected otherwise. Just 75 of these stunning Superveloces will ever be made and sold worldwide. That’s not all, either. MV is determined to take that magic number as far as it will go—selling this bike online for a total of 75 hours, only. The sale starts on November 15, 2020, at midnight Central European Time, which is 6 p.m. Eastern if you’re in the U.S. Reservations will cost €100 ($118), and the bike starts at €25,000 (or $29,560).

The Superveloce 75 Anniversario is still powered by the same inline-triple from the F3 800, which makes a claimed 147 horsepower at 13,000 rpm. The internals may not have changed, but many design features on the outside set this particular piece of motorcycle art apart.

You can’t miss that Italian flag tricolor that so boldly wraps its way around those sinuous Superveloce lines. It also features black and gold Inmotion wheels, along with the red Alcantara seating. It comes with a certificate of authenticity, a track-use-only Arrow exhaust, the accompanying control unit with dedicated mapping, a numbered aluminum plate on the steering head, a painted tail cover, a red Alcantara pad, and a special bike cover made just for the 75 Anniversario.

At the same time, MV also announced that it completely revamped its website—but you’re probably too busy looking at this special-edition Superveloce. While that’s completely understandable, if you’re planning to reserve one of these, you may want to take a look at the new website ahead of time. That way, you’ll be ready to pounce. Good luck taking your eyes off of it if you bring one of these home with you. 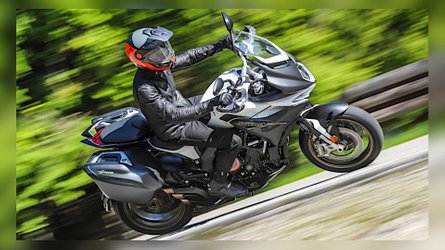